Looking for inspiration for a jungle themed kid’s bedroom? Check out the toddler jungle bedroom that we DIY-ed for our animal-obsessed 2 year old!

When we moved into our new home, we knew it was going to be a while before we started doing room makeovers (I had a baby a week later, so yeah we were right about that!)

However, we also knew that we wanted to prioritize customizing Luke’s room first.

We wanted him to feel settled and special amongst a lot of life changes.

I’m not normally into theme bedrooms, but I make an exception for kid’s spaces.

So, we let him select his room theme. His nursery at our old house was jungle themed, and he very strongly asked for an animal themed room.

Here are all of the projects that we did in this room:

How to build a custom wooden closet system

He really, really loves animals so it wasn’t much of a surprise.

His nursery had tropical jungle wallpaper, so I wanted a different look in this space.

I have always wanted to paint a mural, so I took 2 months worth of Saturday mornings to paint this jungle wall mural using rainbow colors and all of his favorite animals.

We painted all of the walls green for a jungle-y feel.

The background of the jungle mural is Behr Trailing Vine

You can see all of the mural paint colors in this post.

His room had no overhead light whatsoever (though it did have a hookup, luckily).

So we added the Spitfire ceiling fan + light from Fanimation.

We also have this arc floor lamp hooked up to a smart plug so we can cut it on and off with voice activation.

Read about our smart nursery technology!

We tried to leave as much open floor space in this room as possible. However, there are some big things in here!

Luke is still sleeping in his crib. We tried a couple of months ago to take the long side off, add a rail, and make it into a “big boy bed.”

We really wanted to build him a new bed so Rory could use this crib.

But, he just got out of bed and ran away. He refused to nap.

So, we kept the crib and will build Rory a new one, for now!

Get the plans to build this mid century inspired crib!

This bean bag was one of our best Costco finds ever. It’s filled with memory foam and huge and cozy.

We read a LOT of books in this seat. Luke calls it his moon chair (he loves the moon and thought this was the moon when we brought it home haha).

We built this wood and canvas reading tent as a cozy play space. I wanted Luke to like it but he is OBSESSED and loves dragging pillows, blankets, and his guys in there to read his battered and well-loved Highlights magazines.

We designed this tree shaped shelf to be a bookshelf, but joke’s on us because he only wants to use it for his stuffed animals!

That’s totally fine and it’s so precious to watch him play with it. It just means that we left his old bookshelf in the space, too!

These were ways to fill the wall space – he has high ceilings – and echo the colorfulness of the mural around the room.

We designed the space around his dresser, which cleared up floor space for his tent and was the most logical thing since he has basically no hanging clothes!

I am seriously in love with how this room turned out, and love that he loves it too!

Who knew a toddler jungle bedroom could be so fun? Duh, I guess!

Shop the rest of the room:

Be sure to take the video tour of the room! 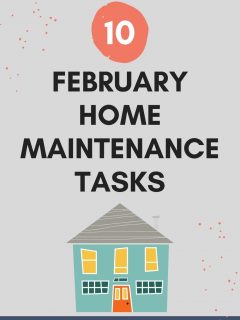