This weekend as part of Spoleto, we headed down to Theater 99 and saw the traveling comedy show “Improvised Seinfeld.” Improvised Seinfeld is a group of four comedies based in New York City who travel to do their Seinfeld routine. The premise is that they get a cue of something from the audience and then take that to begin an improvised version of an entire Seinfeld episode. 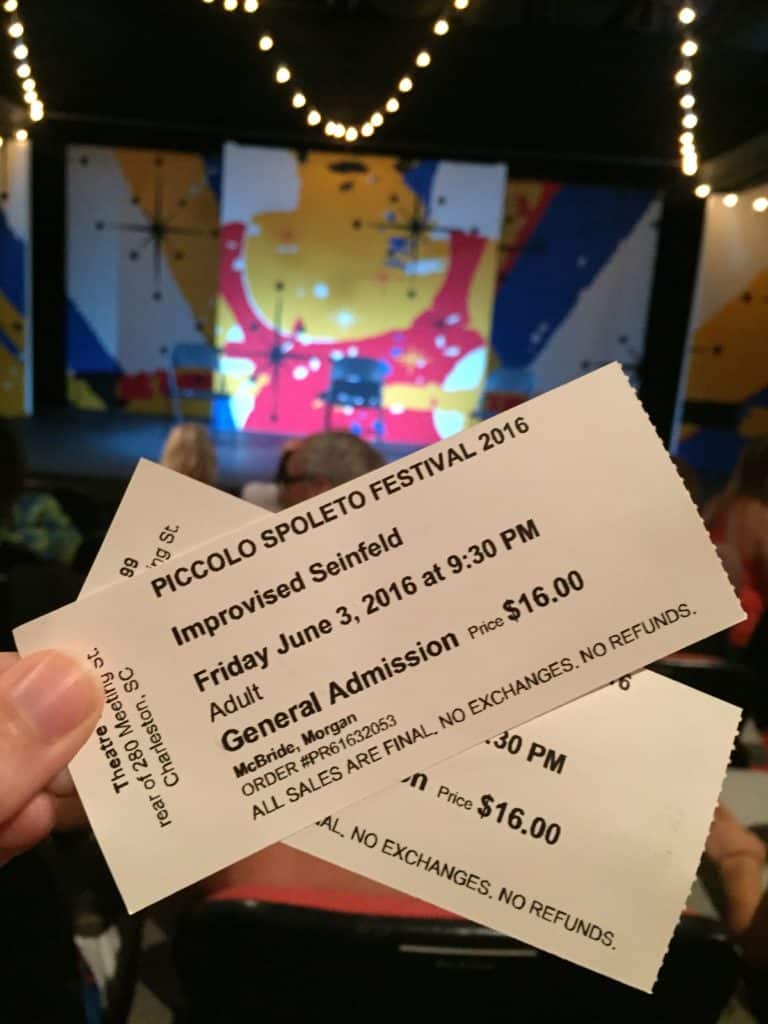 In our Improvised Seinfeld show, the crew took the suggestion of “waffles” in which the Jerry character started the show by improvising a bit of stand up comedy (true to how the TV show Seinfeld started for many seasons) before rolling into a fully drawn out episode of the show that got more and more ridiculous as the night went on. The show was funny and was a great throwback of nostalgia for any big Seinfeld fan, but was also a good show in general for any fan of comedy. Here’s what I thought of a few of the aspects of the show: 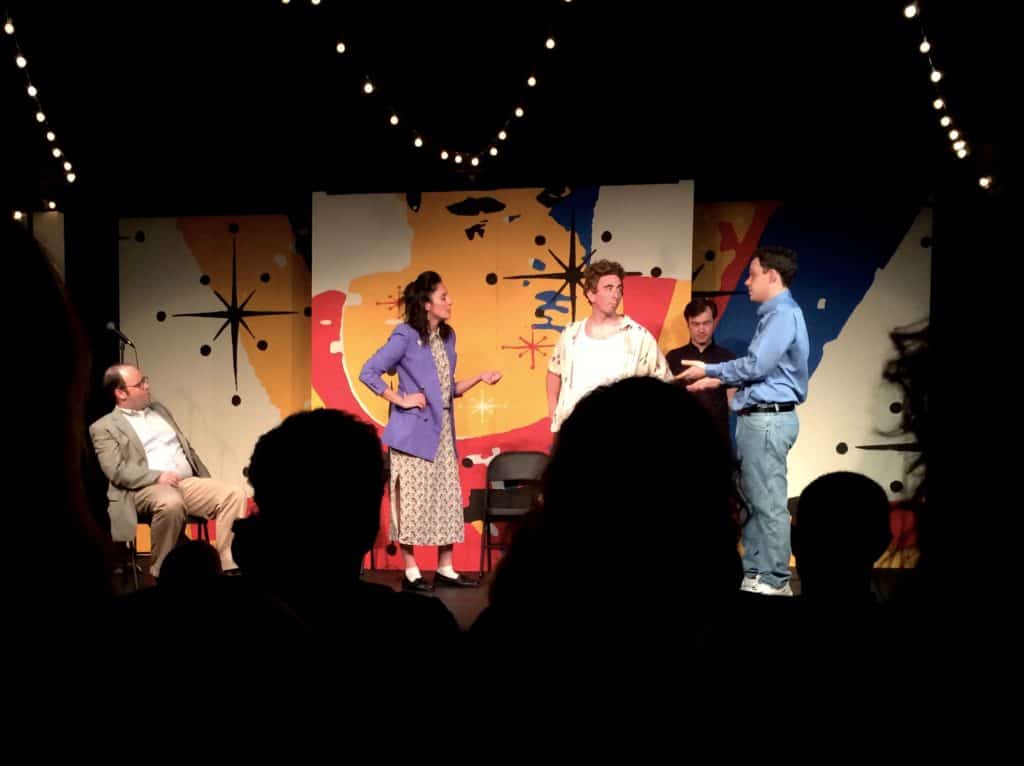 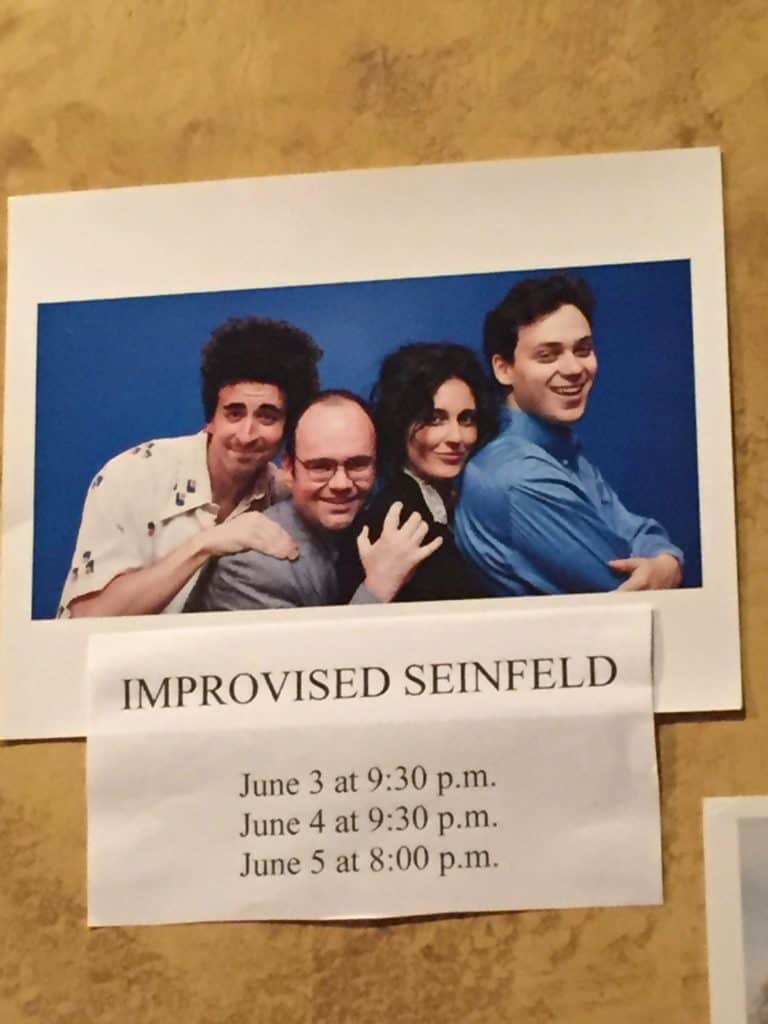 Overall, we really enjoyed Improvised Seinfeld and would recommend it if it is coming to your town. If you’re a big Seinfeld fan, this will really make you happy and make you think about all the old feelings you had watching the show.