A classic day trip around Charleston is to do a river float down the Edisto River. It’s a great combination of sun and relaxing and hanging out with friends. But neither Morgan nor I had ever done one! One of Morgan’s friends started organizing one and invited us along so we jumped at the opportunity to knock another item off our 101 in 1001 list!

The best place to do an Edisto River float is to start at Givhans Ferry State Park and float 2.5-3 hours to a park boat landing. This makes it easy to drive the cars back and forth and load up from a nice area. It’s crazy that you can drive somewhere in 5 minutes that takes you 3 hours to float! But don’t get me wrong. While this is a beautiful place to put in to the river, keep in mind that it takes a while to get out there. From James Island, where we live, it took an hour. 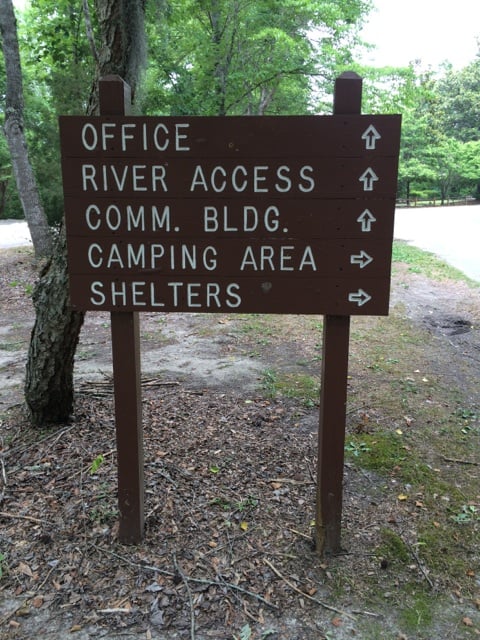 We pumped up all our floats with air and got pretty excited to head down to the water. Make sure you have sunscreen because you’re going to be laying on top of the reflective water baking yourself in the sun. I even went “suns out, guns out” to get things started. 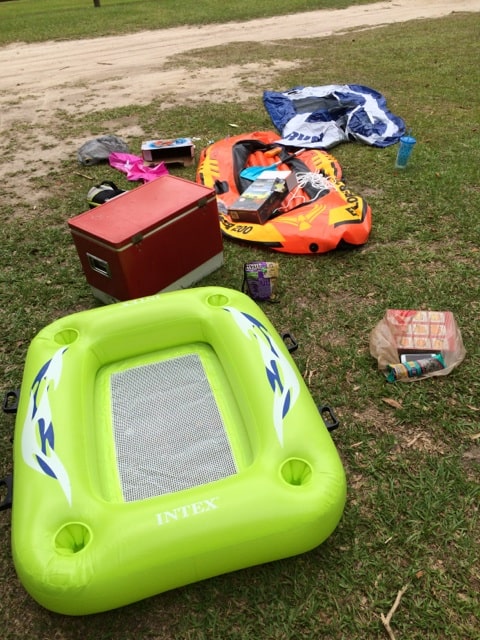 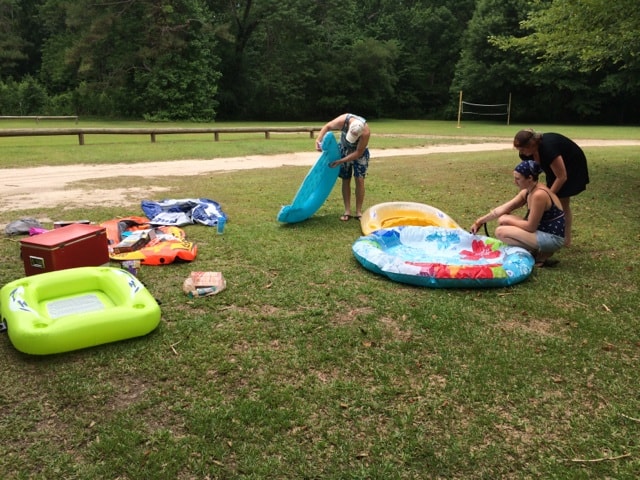 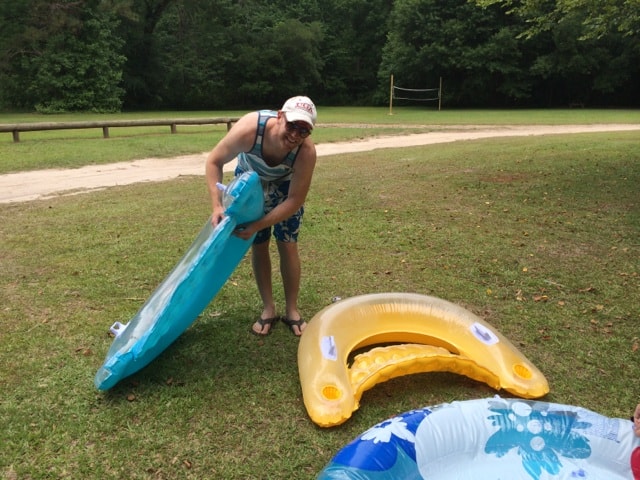 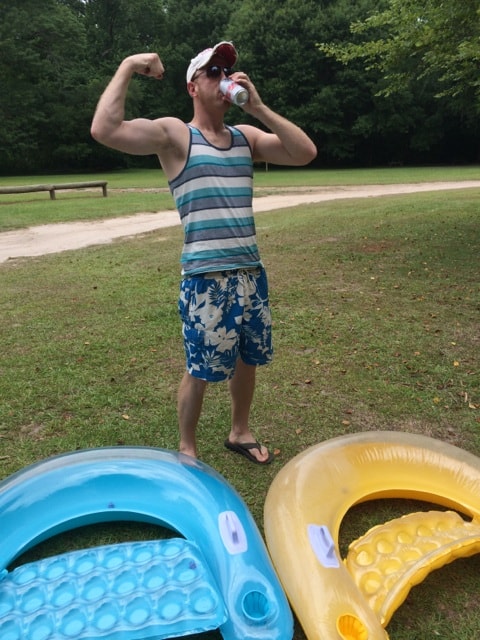 There is a nice beach access put-in at the park and we all waded in to the water. It was a really nice water temperature for a summer day and we were cool and relaxed. 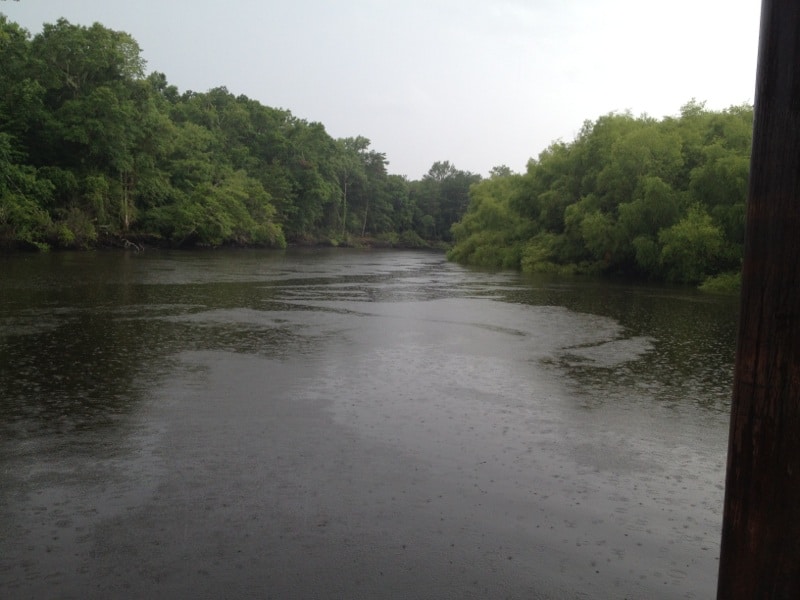 The speed of the river is based entirely on the water level of the river. When we went, it hadn’t rained for a while, so the level was low and the river moved pretty slowly. After a good rain, I’ve heard of people being stranded because the water was too high and fast and people get caught in the trees off to the edges.

We were having a great time for about an hour until the clouds rolled in and the thunder started booming. We thought we were going to be stranded. We called out to someone who was sitting on their dock and asked how long until the boat ramp. They said it would be another 1.5 hours, so they offered to let us come up and hang out in their gazebo. 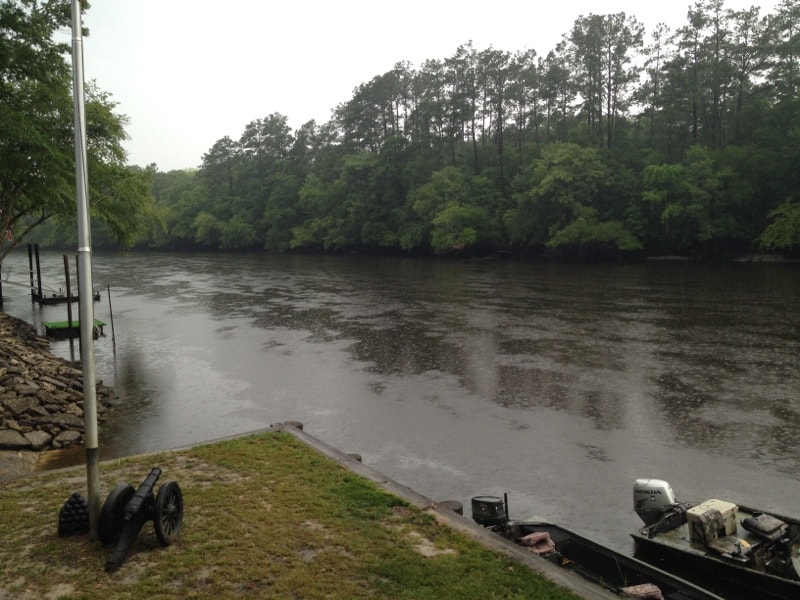 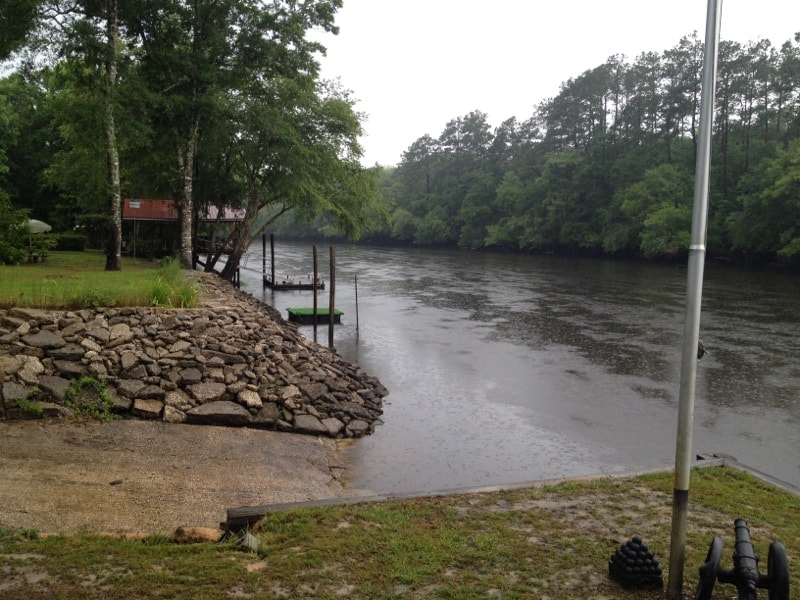 They were a nice group of people that were all just having fun hanging out outside. No less than one minute after we got out rafts tied up and got under the gazebo that it started pouring rain. We ended up being stuck for over an hour and when we all realized that the rain wasn’t going to stop, the man who lived there gave some of our group a lift back to get the cars.

It ended up not being exactly what we hoped for, but it was still a lot of fun. We’d like to get back out there so that we could finish the whole trip, but until then, we’re considering #41 of our 101 in 1001 list complete!

Have you ever done a river float? Tell us about it!