We recently took a vacation to Wrightsville Beach. Sean graduated from the University of North Carolina Wilmington, so we rented a house and had a sort of reunion with a big group of his friends (read more about the trip here!)

Even though we live at the beach, it was the first time that I’ve been to the beach (dog walking excluded) in 2013! I know, I know, but, every previous weekend I’ve either been busy or it’s been cloudy.

So, in preparation for our beach week, I wanted to do a little diet to have myself looking tip-top bikini ready. My sister (who is 19) had previously done the Cabbage Soup Diet to prepare for her sorority formal and lost 12 pounds in a week.

And I know, I know, you’ll gain it all back. Extreme cleanses are bad. I just wanted to give it a try. It was an exercise in self control as much as anything else.

After telling Sean my plan, he argued against me. He was not into the idea at all. I told him he could do whatever he wanted, but he wasn’t allowed to eat “bad foods” around me. After hemming and hawing, he agreed to participate.

However, his participation was contingent on a few changes to the plan. The official Cabbage Soup Diet has very specific foods that you eat each day, in addition to the soup. For example, the first day you eat unlimited fruit and soup. The second day, veggies and soup.

Sean saw the inevitable flaw in this system- Day 4 is bananas and skim milk, Day 5 beef and tomatoes. I don’t eat bananas, skim milk, beef or tomatoes…. It wasn’t going to work.

So, instead we agreed on this 7 day daily plan:

Breakfast- protein shake/smoothie (our only protein for the day, technically forbidden but turned out to be a lifesaver)

We also agreed to drink only water. 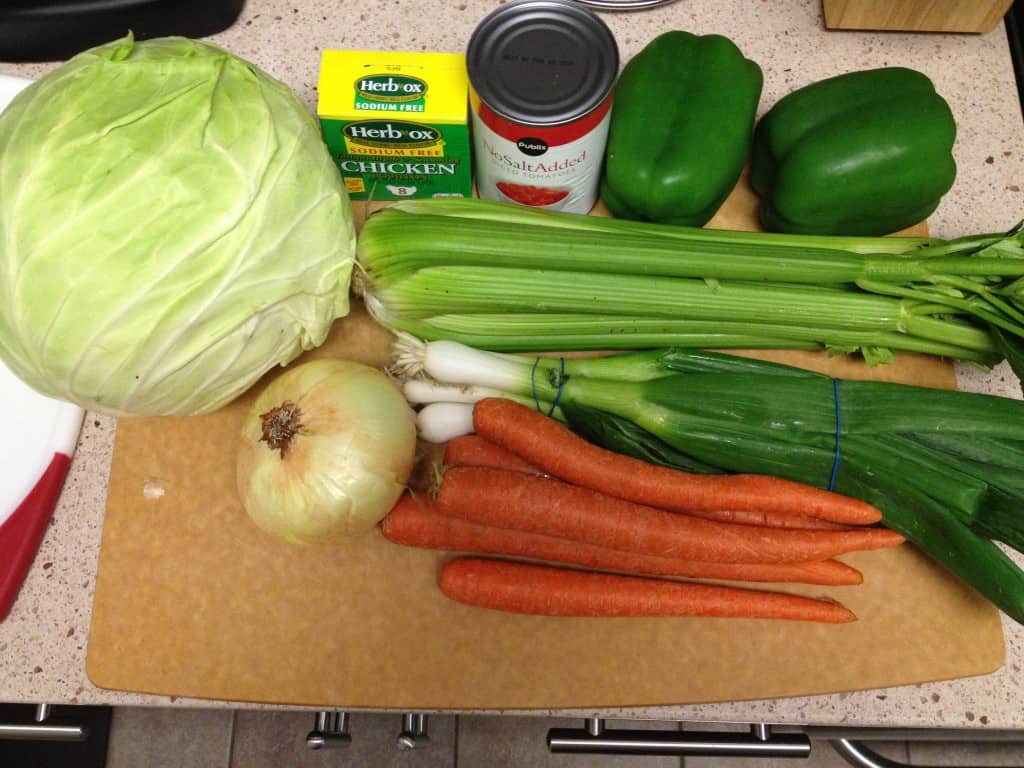 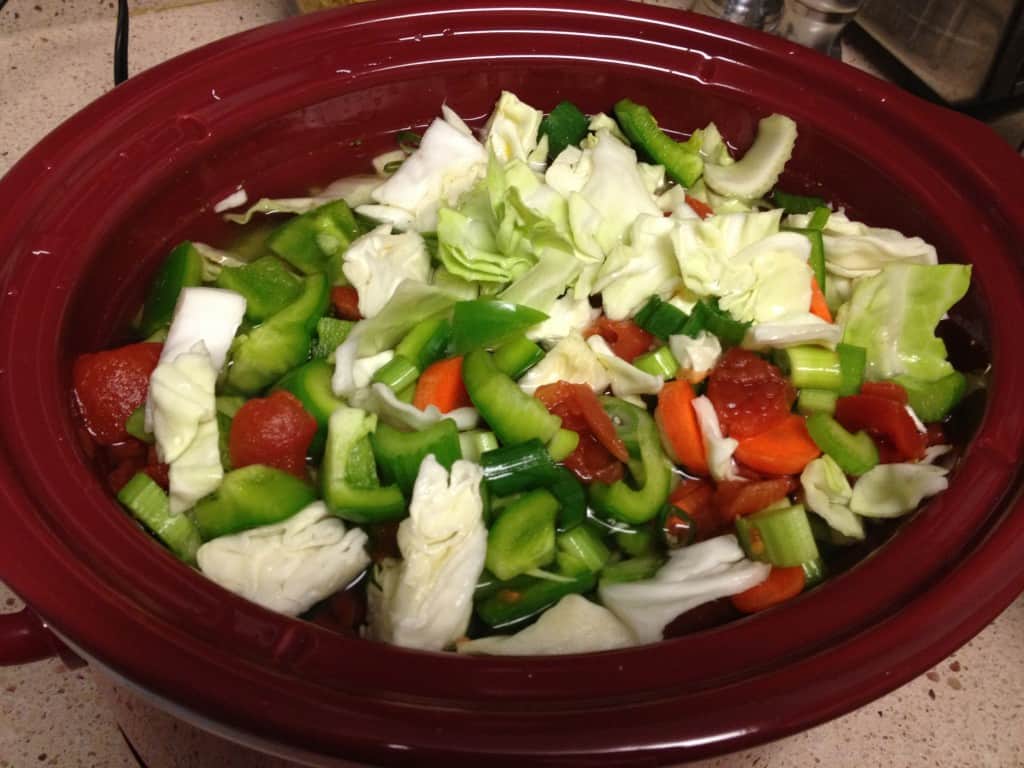 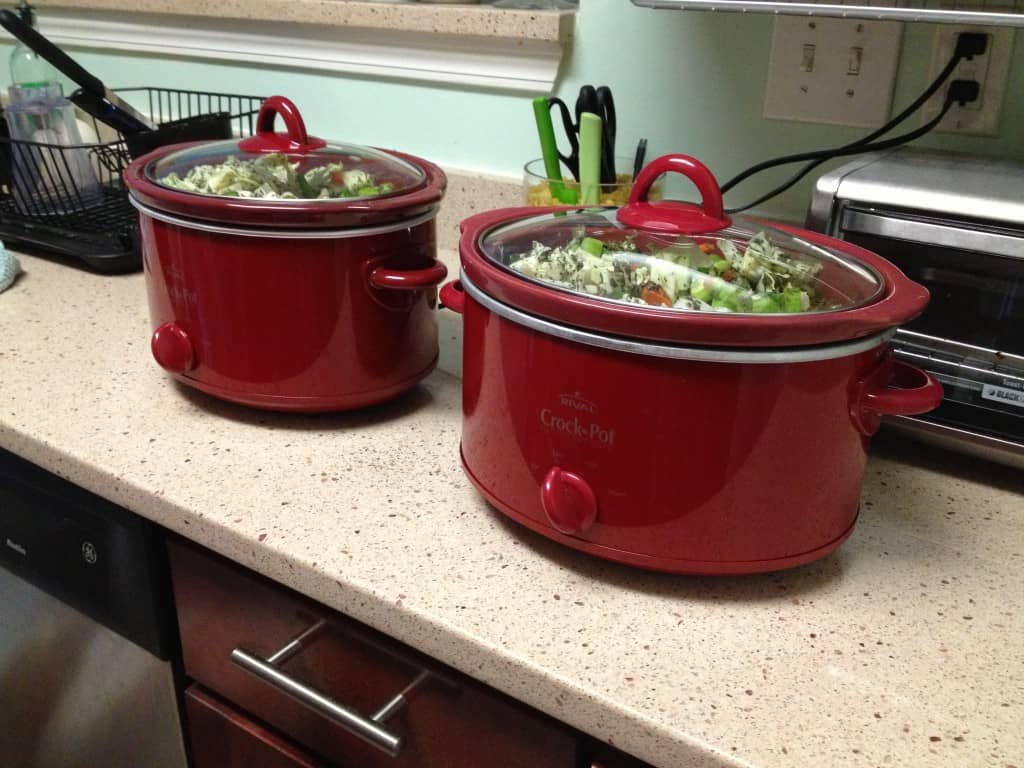 We stayed on the diet for about 4 1/2 days. We each had unique experiences but both lost a lot of weight and were very glad to return to normal foods.

This diet took me through extreme periods of high and low. Mostly, I think, it was mental. For example, the first day at 10:30am, I was starving. I normally have a protein shake and then don’t eat again until noon- it was all in my head.

But for real, the soup is bad. B.A.D. In the whole four days I only ate one tupperware full- I could barely manage five bites at a time. However, I really did enjoy the fresh fruits and vegs. I’ll tell you- nothing tastes as good as a raspberry when you haven’t eaten anything with flavor all day.

In the whole four days, I was never really hungry. I craved things- cheese, pizza, bread- but if I was hungry, I ate an apple or a clementine or steamed asparagus. I brought tons of fruits and veggies to work, so there was never any excuse. I think in this way, I differed from Sean.

My biggest loss was the caffeine. I usually drink a can of Coke a day at work, around 10 a.m., for caffeine. Without, it I got headaches and was grouchy and foggy. However, by day four, I was fine without it.

In total, I lost just over five pounds in four days (including 2.8 on day one) but I lost INCHES around my waist. Not eating any salt had a huge impact on my appearance. In this way, the diet was totally worth it.

Overall, I would do something similar again, but for only 2 days before a big event. I would forget the soup and just do a raw fruit/veg binge and think I’d see great results!

It was terrible. I guarantee this diet was not designed for men to partake in. We calculated it out and we were eating about 400 calories per day. For Morgan, that wasn’t that bad, as she usually only takes in around 1,200 calories per day. She’s still taking in a third of her diet. I’m supposed to take in around 2,200 calories a day, meaning I was only taking in roughly a sixth of my daily calories.

Unlike Morgan, I ate a big bowl of the cabbage soup everyday, and that was a fight. That stuff was nasty. Every day when I looked into the bowl, something in my head said, “Oh that looks like chicken noodle.” Then the hard vegetables touched my mouth and it all came back. I really struggled with it and by day four I quit eating the soup and stuck to my snacks. They were really tasty and I’d really like to keep going with those.

My problem was that I was having physical issues. Day two, I played basketball at lunch and started getting really sluggish during the second game. From then until we quit, I had a constant headache, got lightheaded just standing up out of my chair, had a heartbeat five times it’s normal rate going up stairs and much more. I was struggling. I think that’s why I lost 10 pounds in that short amount of time because I needed more substance.

Bottom line, this diet can be a valuable tool to someone who needs to lose a couple pounds fast before a big event, but I do NOT recommend this diet for any male ever.

Have you ever tried the Cabbage Soup Diet? How did you fare?