You are here: Home / Charleston / Our CSA Experience

Recently, we had the opportunity to join a CSA. CSA stands for Community Supported Agriculture. This CSA is run by Gruber Farms, a farm located in St. George, South Carolina, about one hour away from where we live in Charleston. CSAs are a way for members of a community to invest in a farm share and receive fresh, local, seasonal produce on a regular basis.

We signed up for the small summer share with Gruber Farms. I selected them because they have a drop off location in my office building. It is super convenient. The share was $275 for 12 boxes of produce. 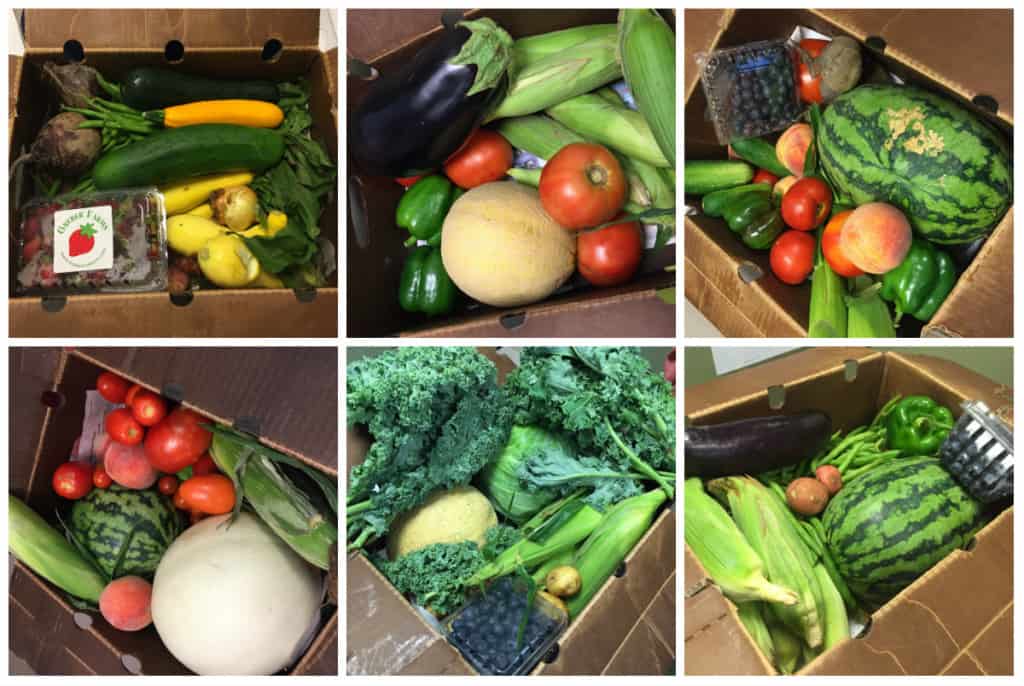 Our overall feeling towards the CSA is that it is an AWESOME way to try new and fresh produce. For example, I had never cooked beets or eggplant before, but got them in boxes and really enjoyed them. It is awesome to know that you are eating local and organic produce and supporting a local small business.

The biggest con of the CSA is that you don’t get to pick your produce. That means the type of produce as well as the specific things. Such as, you might prefer really small tomatoes or strawberries that aren’t quite all the way ripe yet so they keep longer. With the box, you get what you get and there’s no tradesies.

The CSA program would really not be for you if you are a picky eater, if you eat out a lot, or if you have rigid meal plans. You really have to be flexible enough to come up with recipes that correspond with each box’s ingredients. It’s a bit like being on Chopped, but without the pressure. We generally still grocery shopped and meal planned on Sunday but left two meals per week open. We planned very vague ideas, such as grilled chicken with veggies, or pasta with veggies, or quinoa with veggies, and then filled it in based on what came that week. This flexibility was key to making the most use of our produce box.

If you are considering signing up for a CSA, here are some tips that we have for you, based on our experience:

So, we decided to sign up for the fall CSA, too! It starts in August and we will be sure to keep you updated!