This day was our big hike day. We wanted to hike the Kalalau Trail along the Na Pali Coast of Kauai. It’s an 11 mile trail one way, but a popular hike is to hike two miles in to the beach and then take the fork another two miles to the Hanakapi’ai Falls waterfall. Then there’s the four mile hike back out. We read a lot of things about this hike being very difficult, so we were a tiny bit worried, but it ended up being a non-issue. 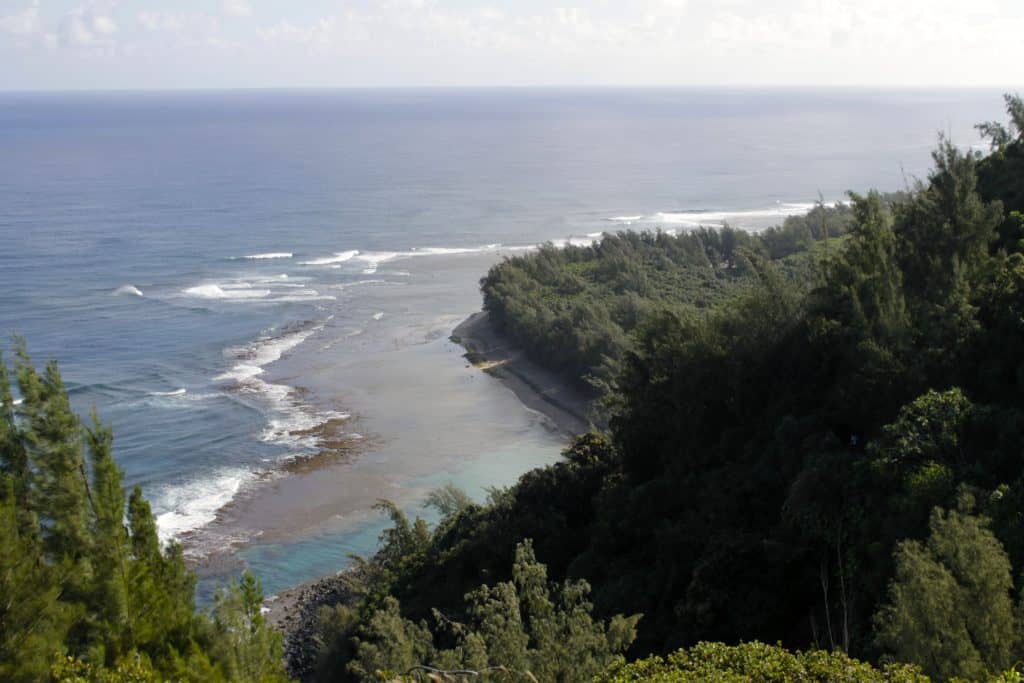 We woke up at 5:45 a.m. and drove all the way to the end of the road… literally. You get on the main highway on Kauai and follow it north until the road literally ends at a parking lot at Ke’e Beach. We got there at 8:15 and got the last parking spot in the main lot. There was another lot, but it was about a quarter mile or so down the road. 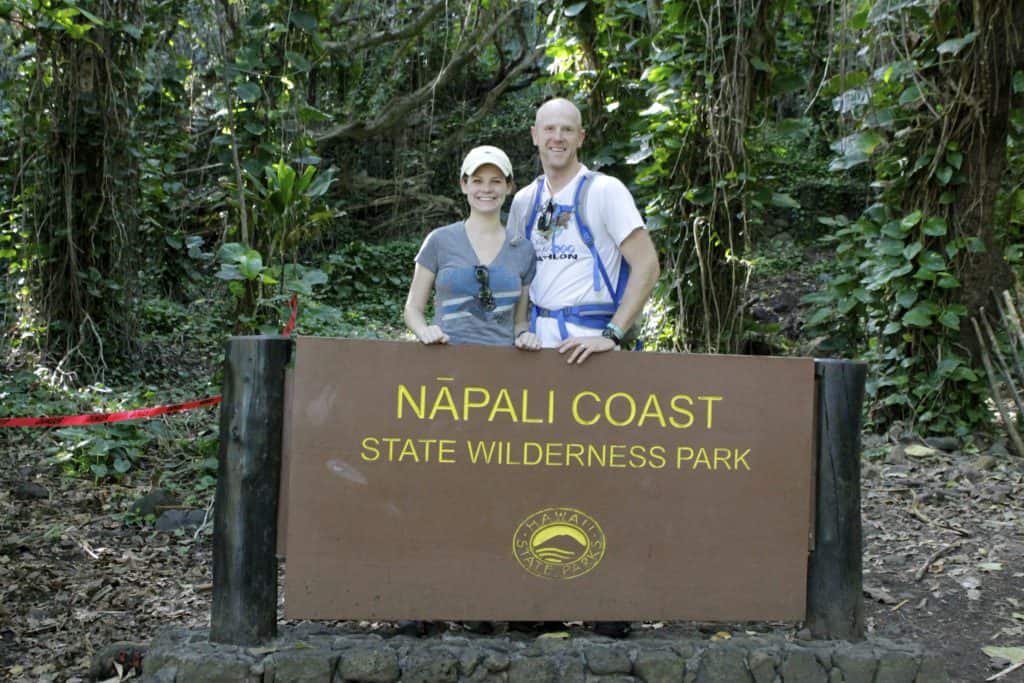 The first part of the trail is two miles to the beach, and it was up and down, but it was never really difficult. If it had been raining recently, I can see how it would be a lot harder, but we had great weather all week. This part of the hike had so many great views of the cliffs and the crystal clear blue water of the ocean below. 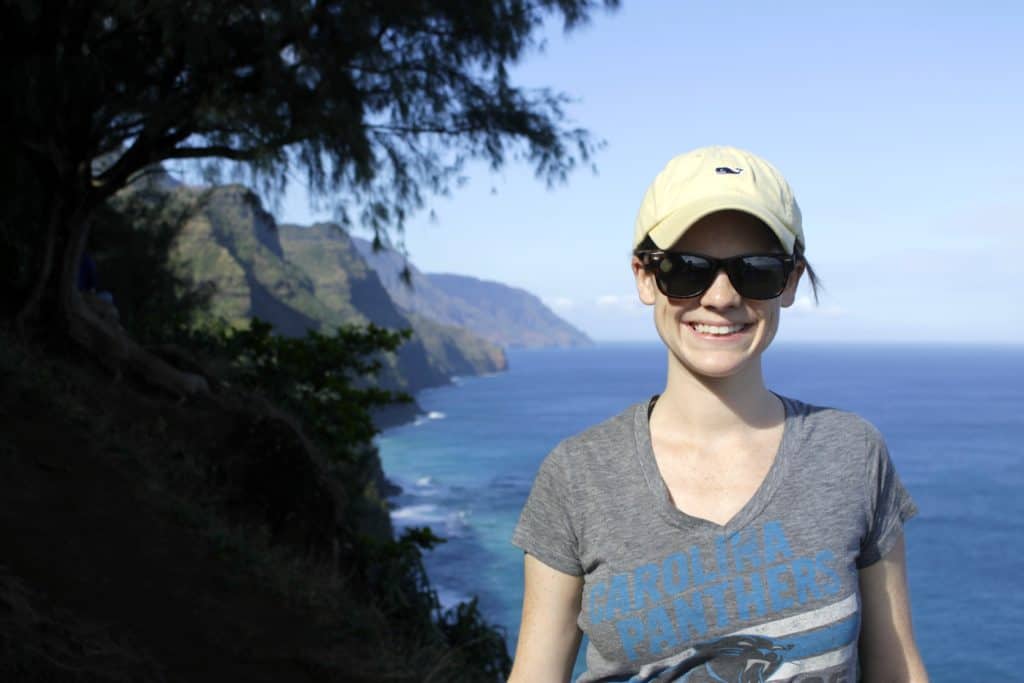 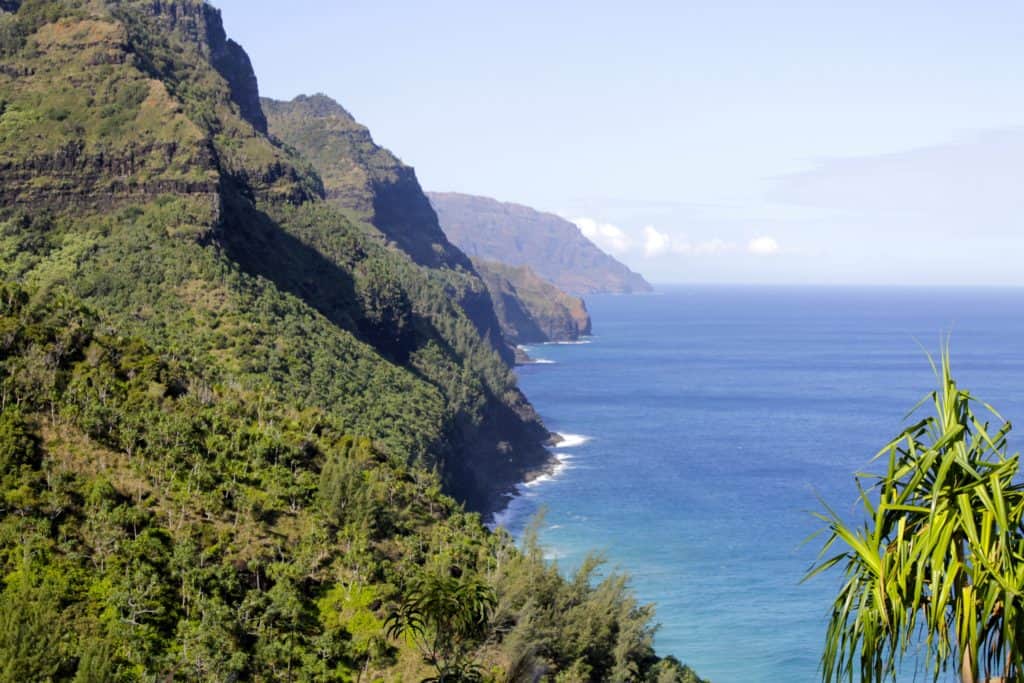 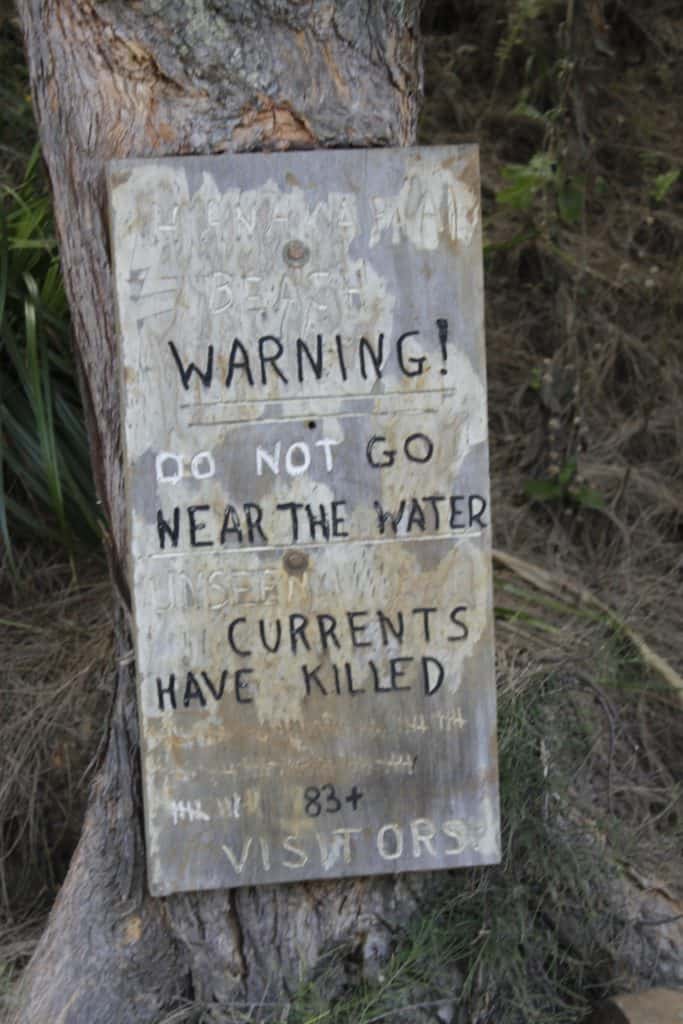 When we got to the “beach” we realized it was actually just huge rocks, but people had stacked them to form towers. 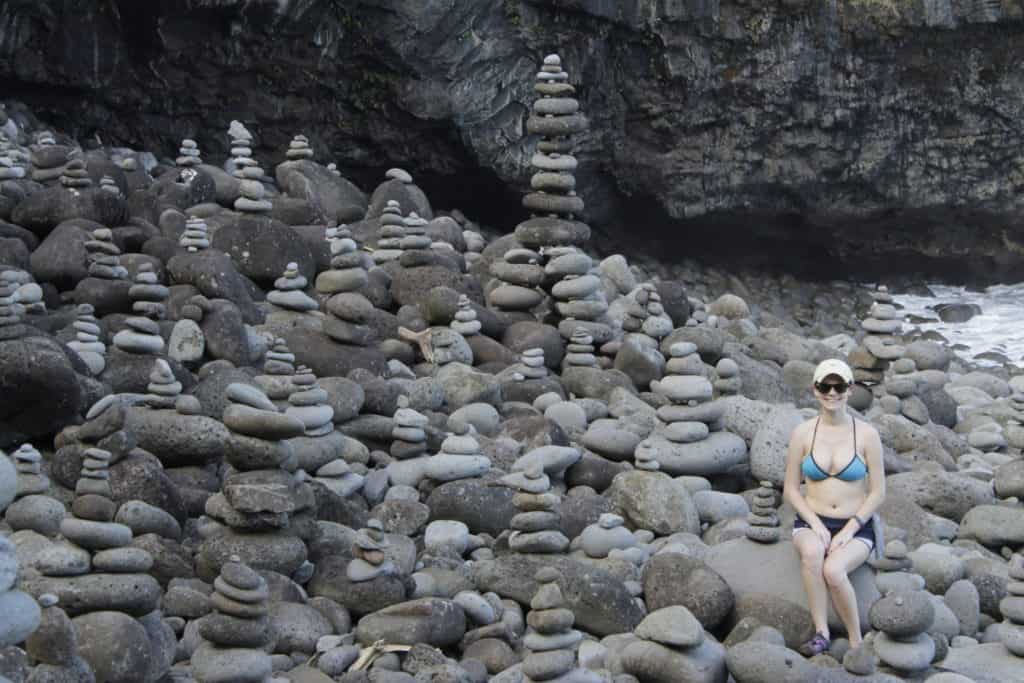 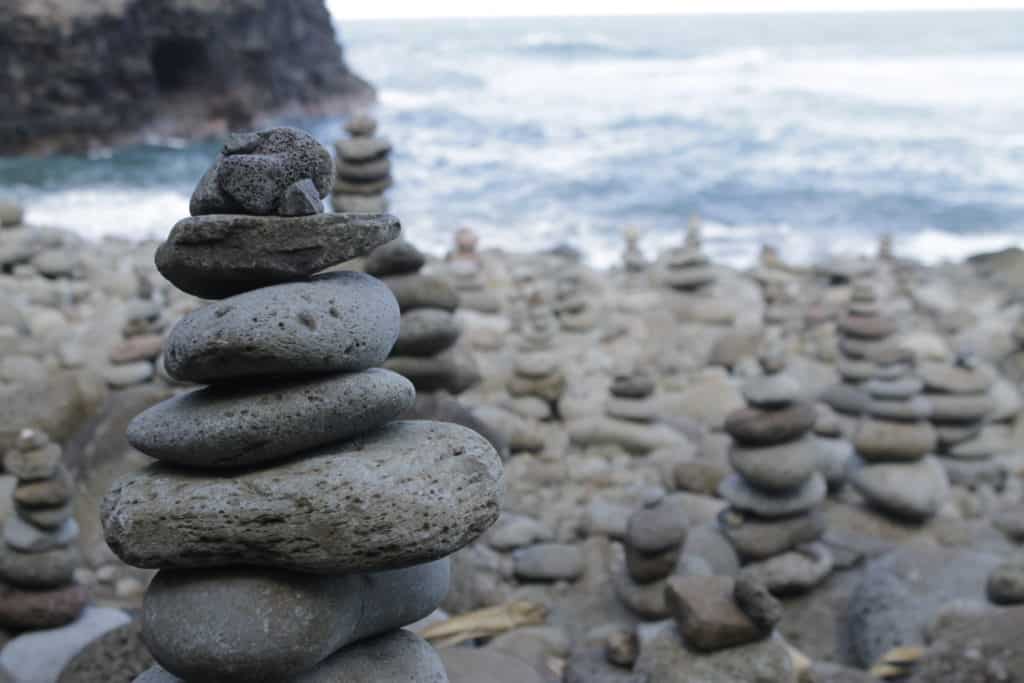 After a snack, we headed off up the two mile fork toward the falls. This hike was another good one, but had more narrow trails. You have to walk through the river a couple times, but we had great trail sandals and it was no problem. The trail isn’t super well marked, but it’s not that hard to follow. At the end, you stare down the majestic Hanakapi’ai Falls. The waterfall is sooooo tall, about 300 feet, and it was spectacular. There was a huge swimmable pool at the bottom and cliffs up three sides. We had lunch and then went for a swim. Careful, the water is freezing, but it’s totally worth it! We were the only people in there and it was so peaceful to float and look up. We went behind and under the falls and had a blissful 15 minutes. 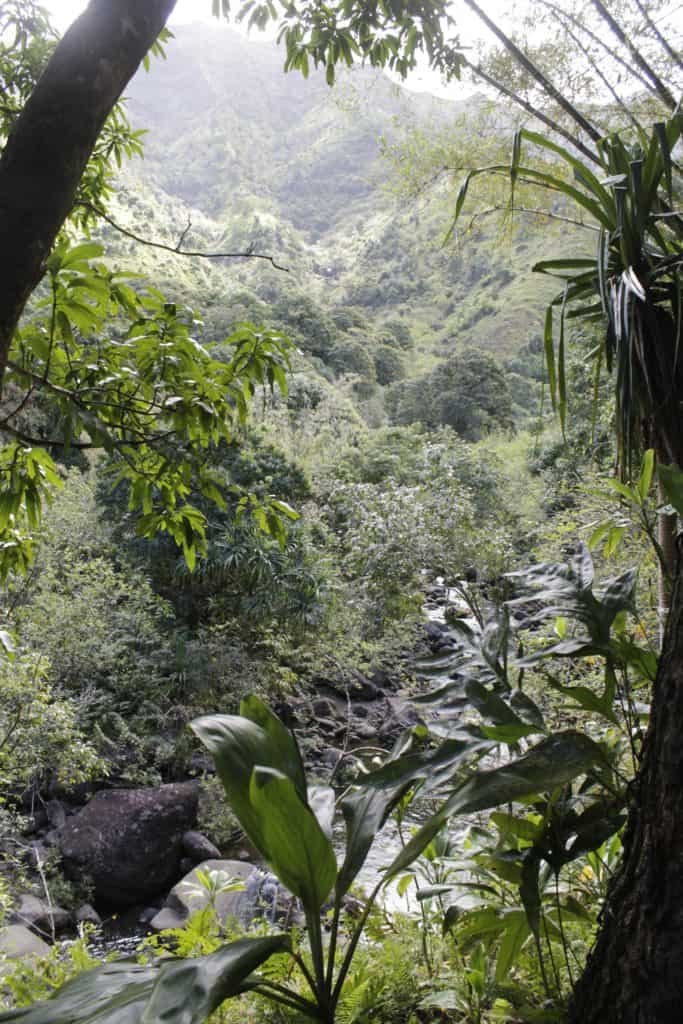 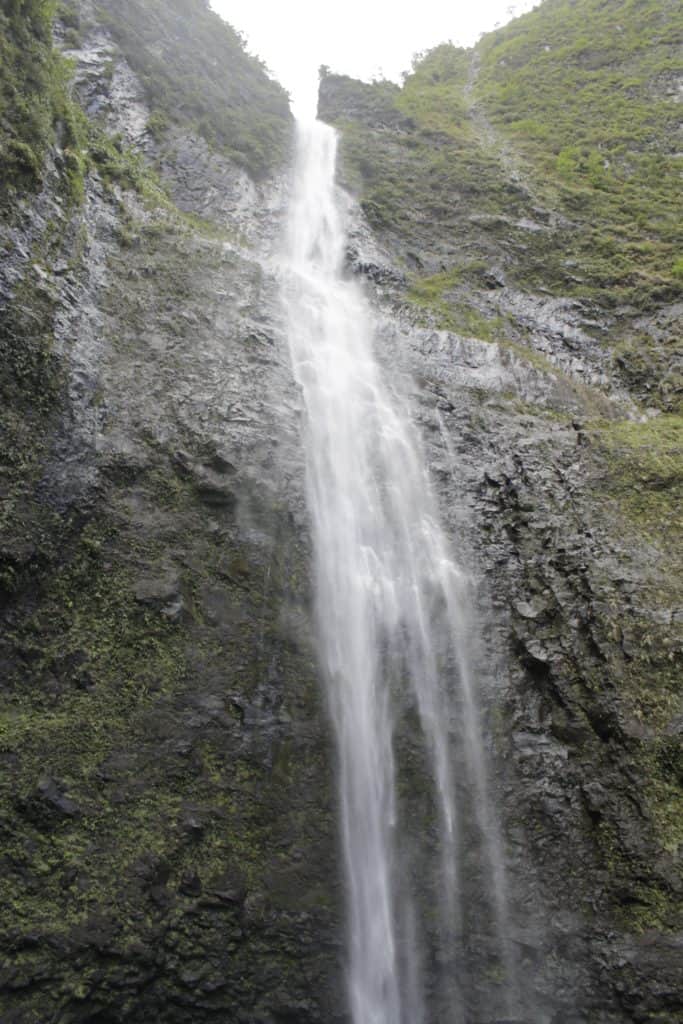 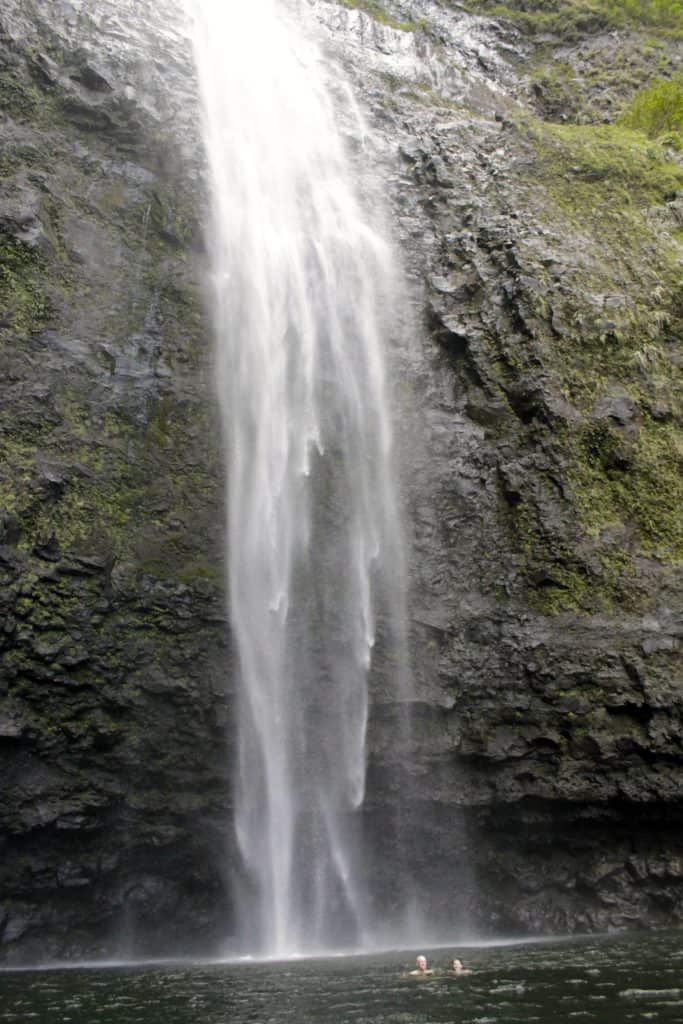 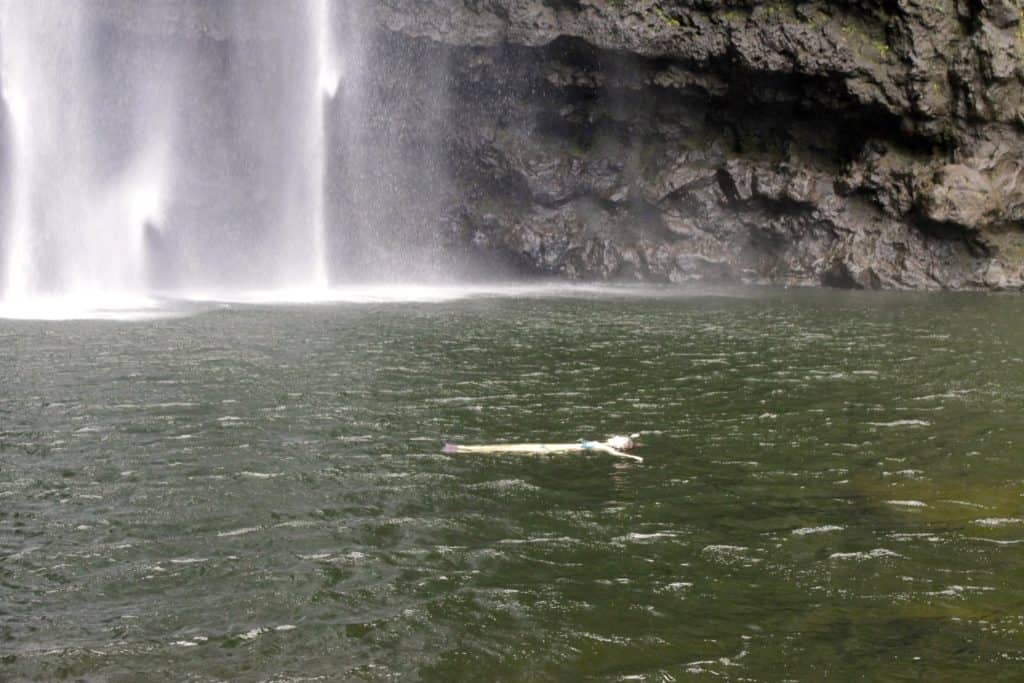 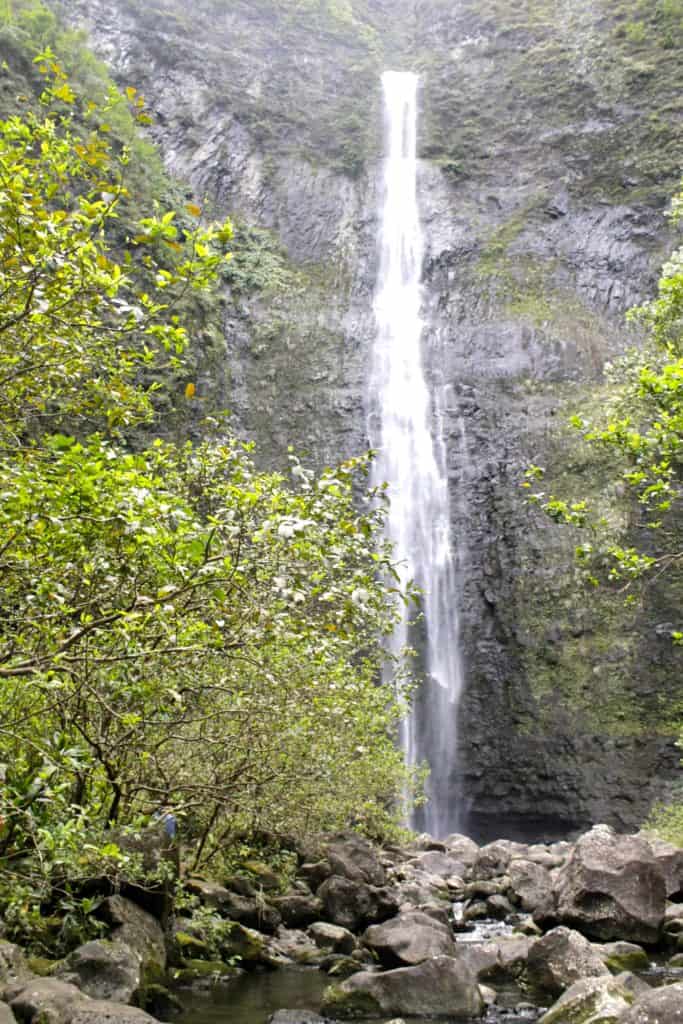 We hiked the trail back and the entire journey, including stops, lunch and swimming, took about six and a half hours. 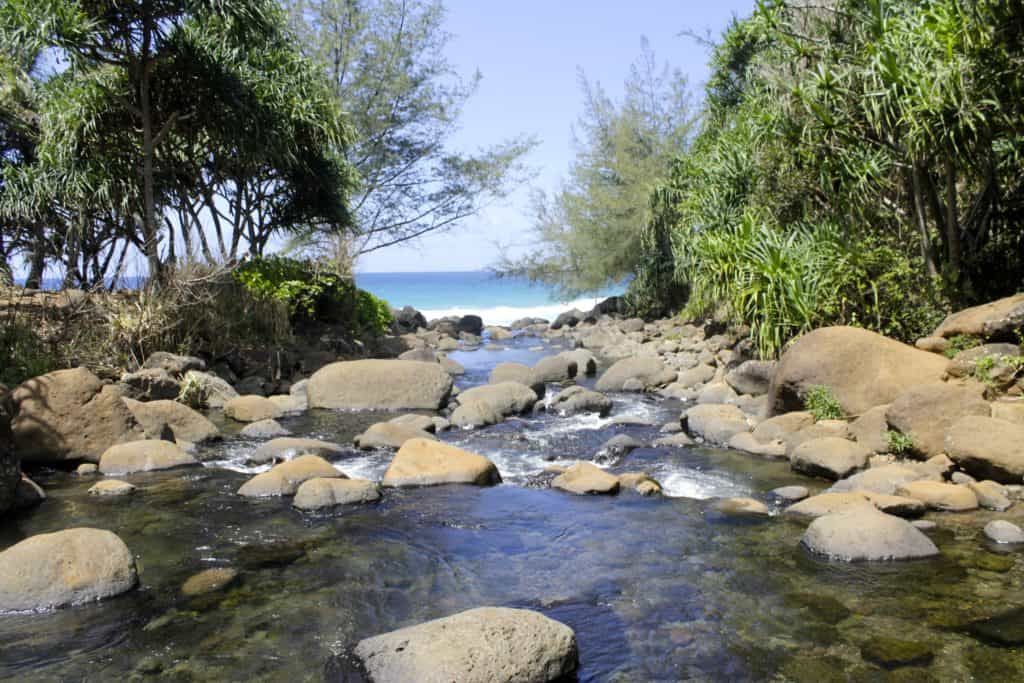 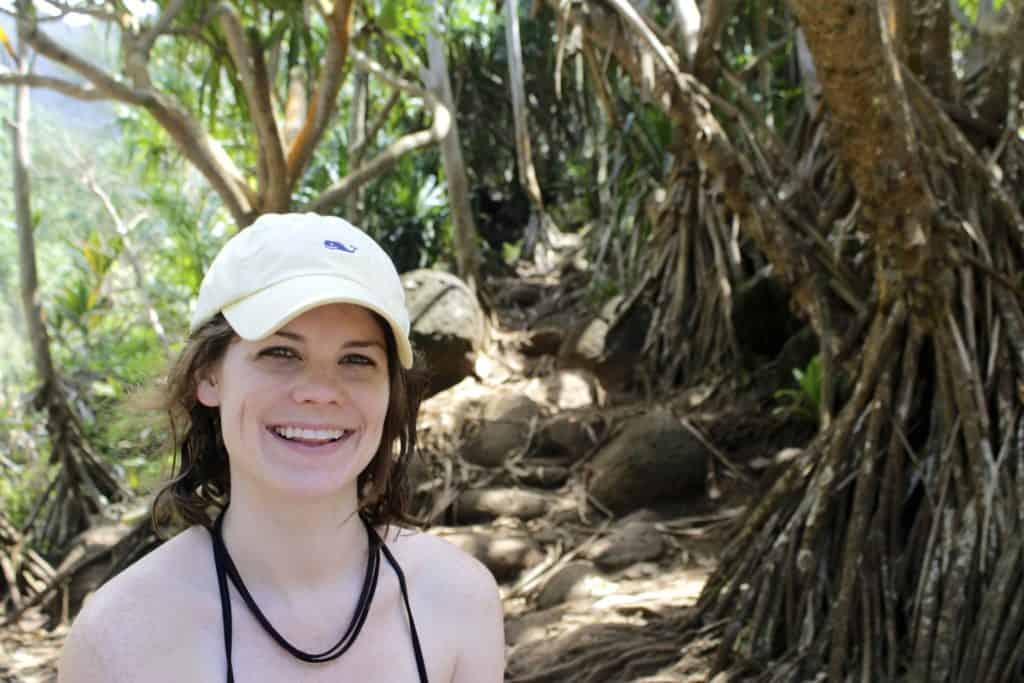 We drove down the road and had a quick snack at Sushi Girl, another stand on the side of the road. They are home to the “sushi burrito” filled with ahi, avocado, beans, corn, cucumber, and yum yum sauce, wrapped in a soy wrapper. It was unique and really good. 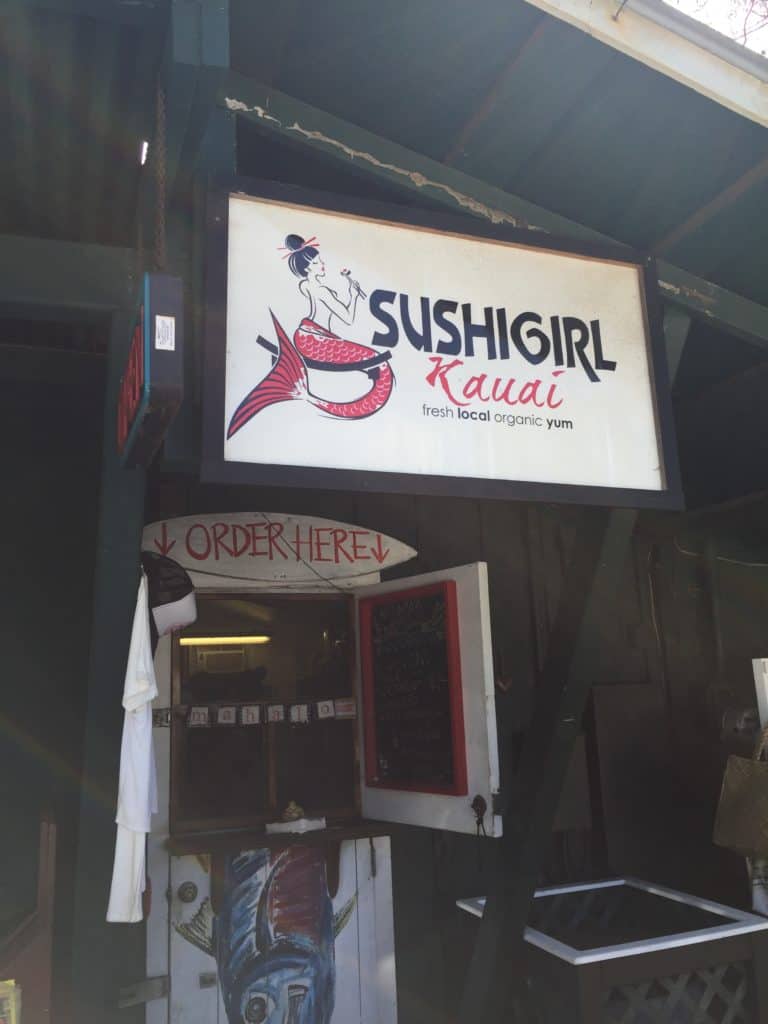 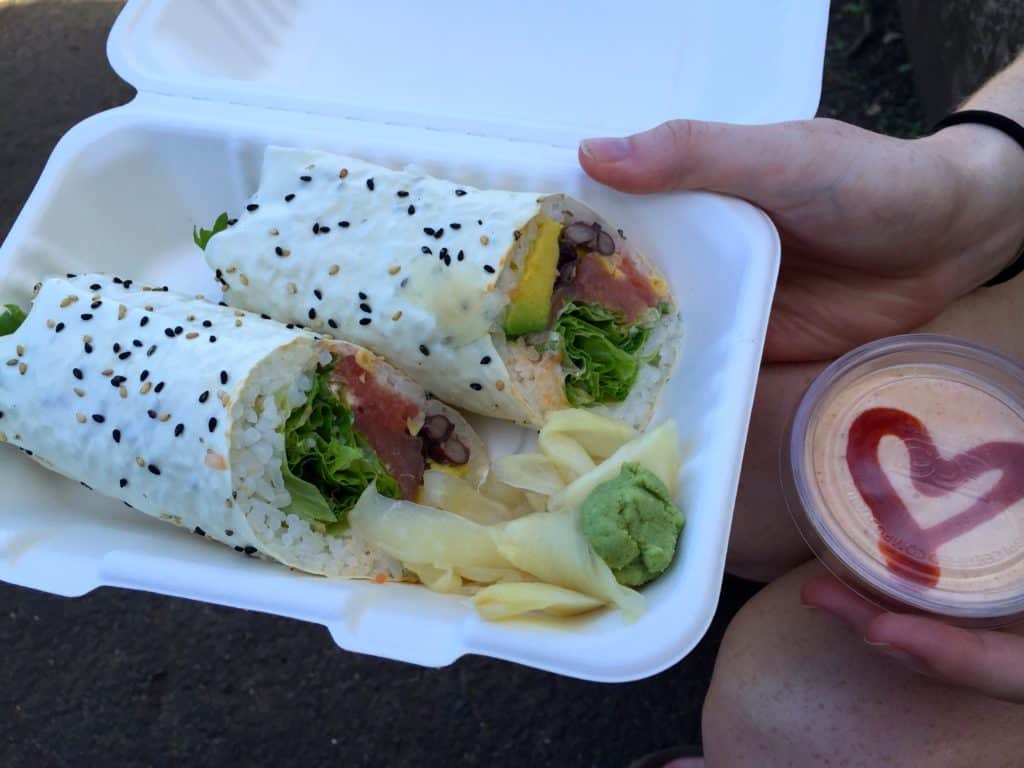 We headed back south and stopped at the Queen’s Bath in Princeville. The parking lot for the Queen’s Bath is in a neighborhood and only has about 10 spots. We got lucky that someone was leaving when we got there. It’s a dangerous spot in the water where the ocean fills up a pool behind rocks when the waves crash. Lots of people will get knocked off or swept away by the current. We checked it out and walked on the lava rocks. We watched people swim in the dangerous waters and saw sea turtles around them. We didn’t swim, but the water was pretty calm that day and would have been fine, but definitely be careful if you decide to take a dip. If you don’t, just enjoy the views of the ocean and coast. 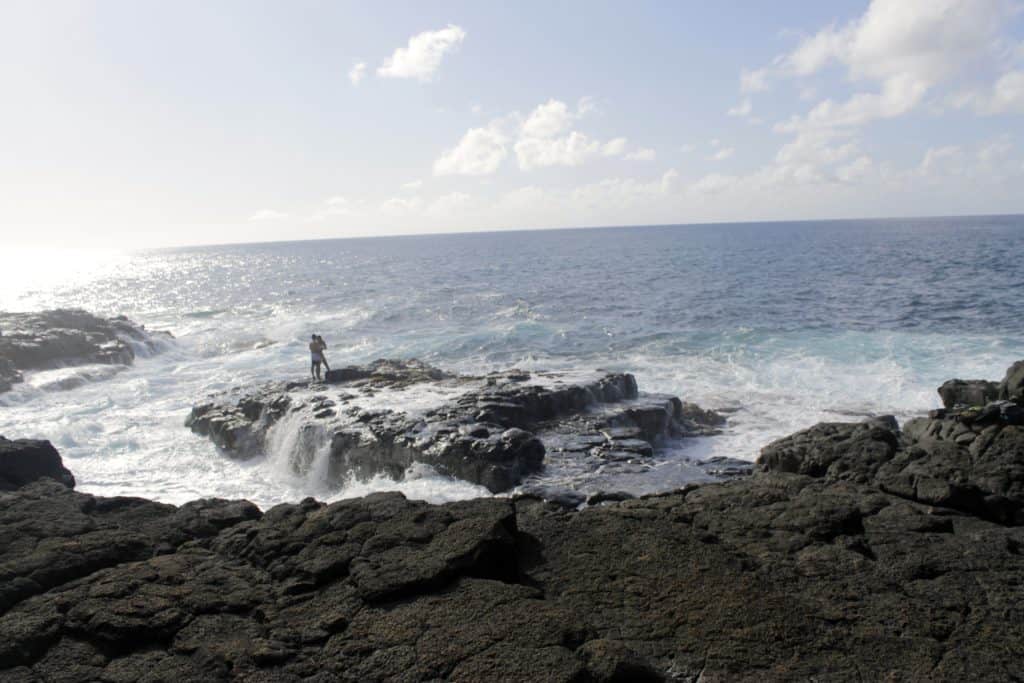 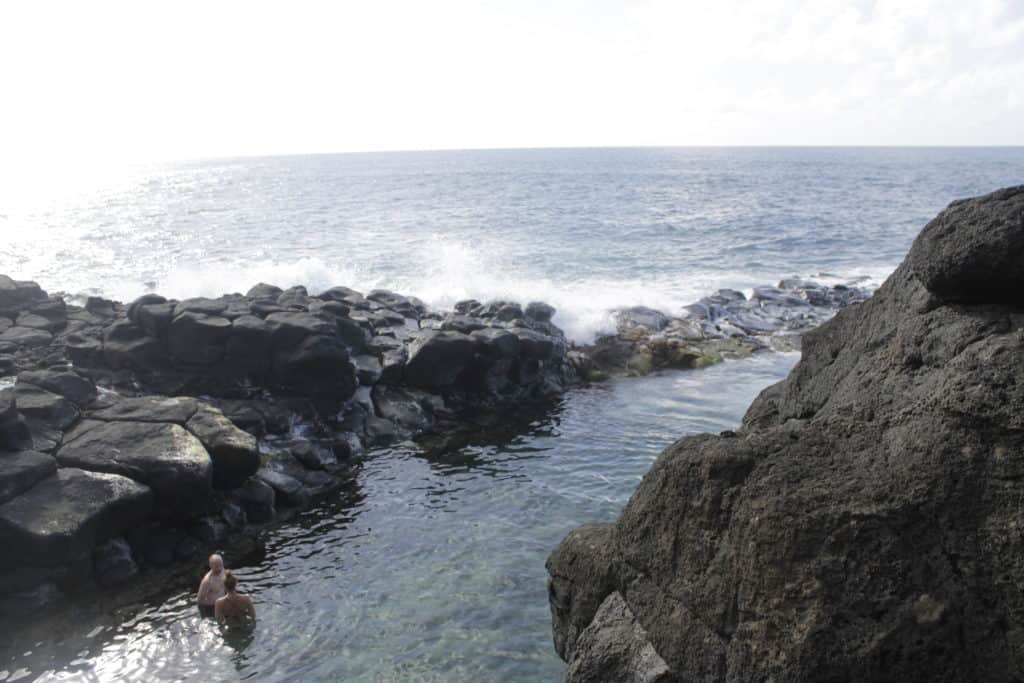 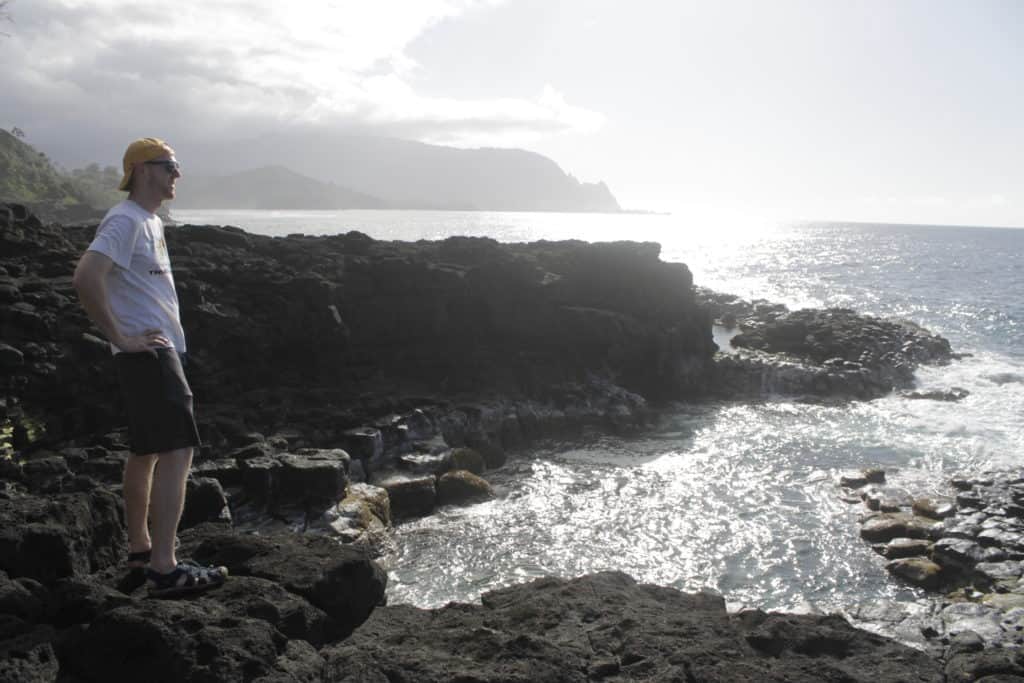 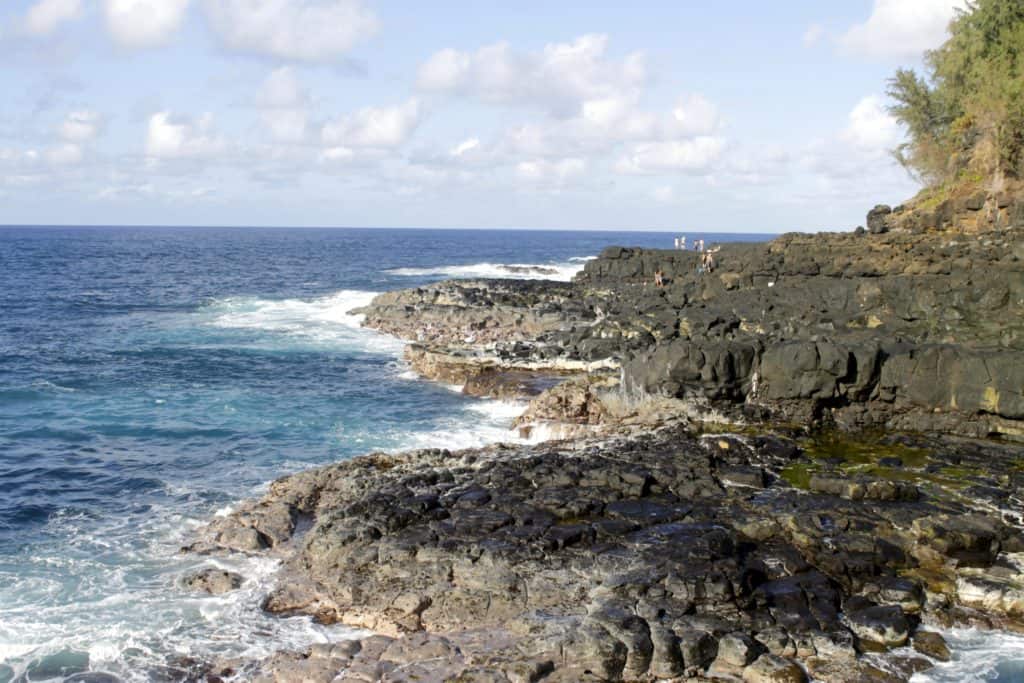 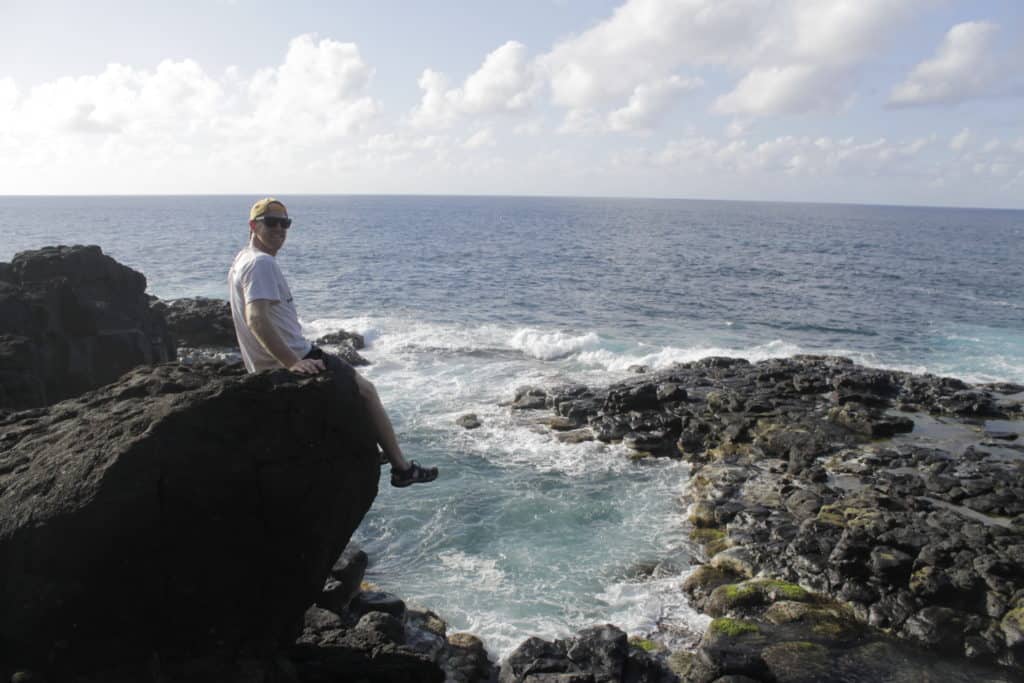 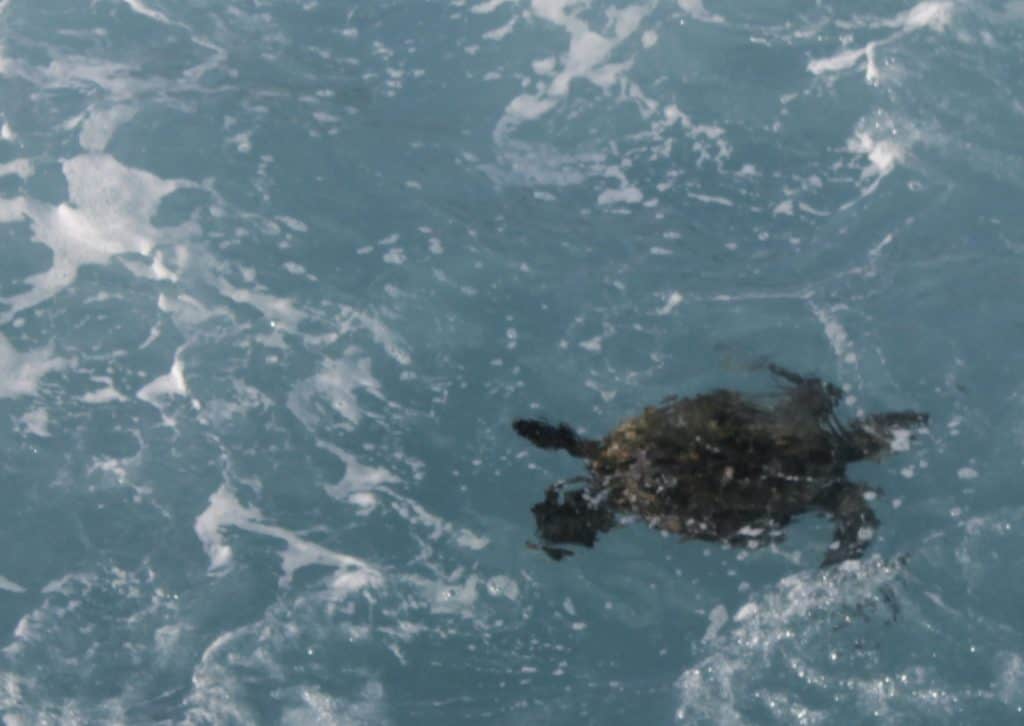 We stopped at the Healthy Hut for a smoothie on the way back and then cleaned up. We ate our first meal officially on the resort and just had some sushi and pork nachos (I know, a weird combo) before we passed out after a loooooong day of hiking. 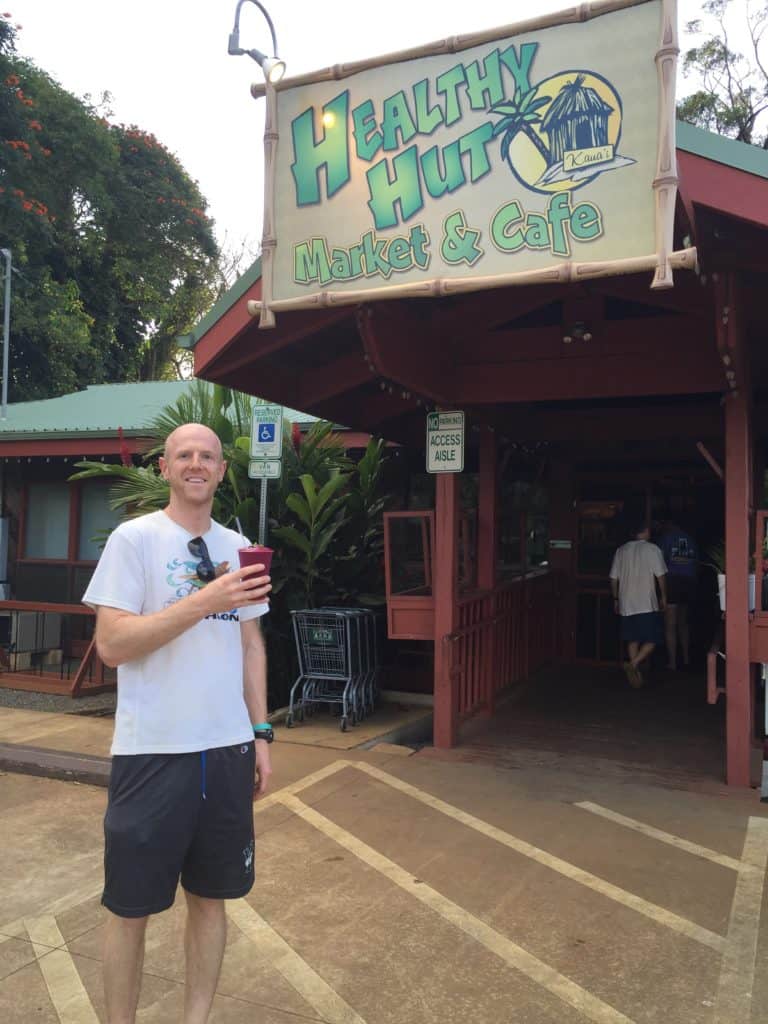 Be sure to check out day 4 of our trip to Kauai!