I’ve been to A LOT of Carolina Panthers games over the last 20 years. I’m only 27 years old, but the Panthers franchise started in 1995, and I grew up in Charlotte, and my dad had season tickets through his work, soooo I went to a lot of games. They are my favorite team and I’ve seen a lot of games, but I’ve never seen the Panthers play outside of Charlotte before. That’s why #65 on my section of the 101 in 1001 list was to see an NFL game in a stadium I’ve never been to before. Specifically, see the Panthers play somewhere else. (I also saw an MLB game in a stadium I’ve never been to!)

The last week of the NFL season this year pitted the Panthers versus the Atlanta Falcons at the Georgia Dome for the NFC South Division Championship. Both teams were really bad this season, but so were the other two teams in the division, so even with the Panthers being 6-8-1 and the Falcons being 6-9, they were playing to be the champions. So two of my friends and I decided to travel to Atlanta to watch the game since we were already going to be in Charlotte with our families for Christmas.

It took us three and a half hours to get to the Atlanta border, but thirty minutes to get from there to a parking lot near the stadium because there was a ton of traffic. 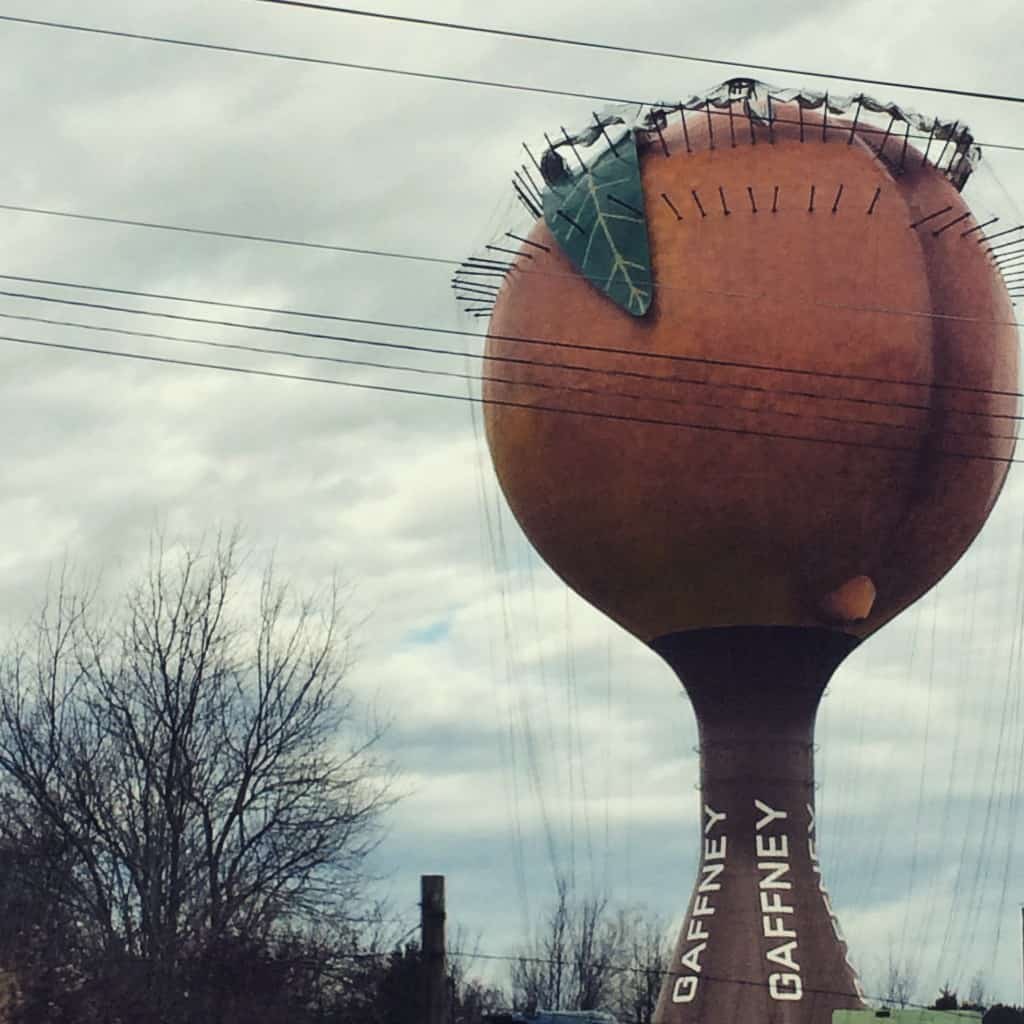 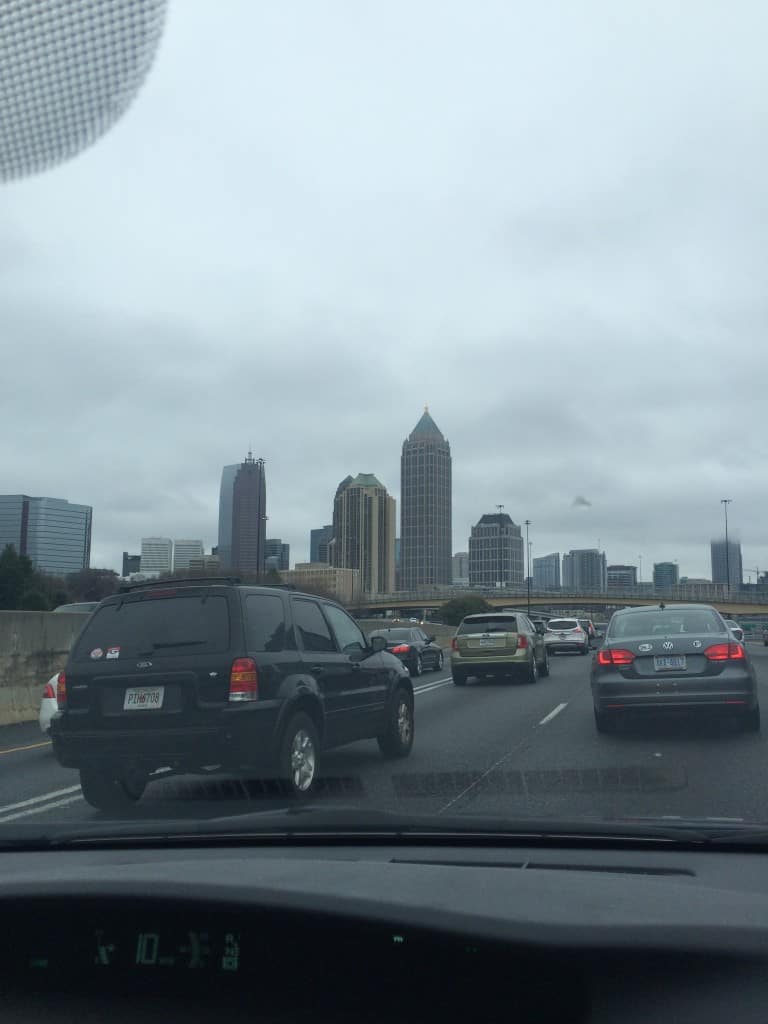 We found a parking lot about a mile from the stadium and were greeted warmly by some Falcons fans. 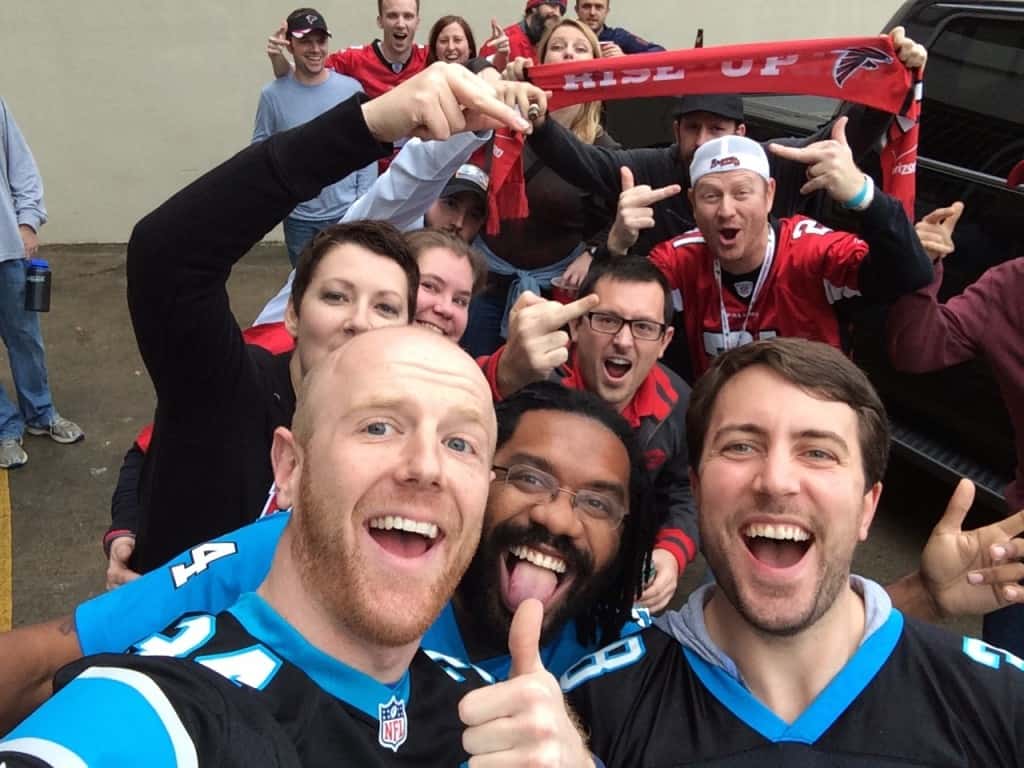 About 45 minutes before the game, we trudged to the Georgia Dome and wandered inside for the pre-game festivities. 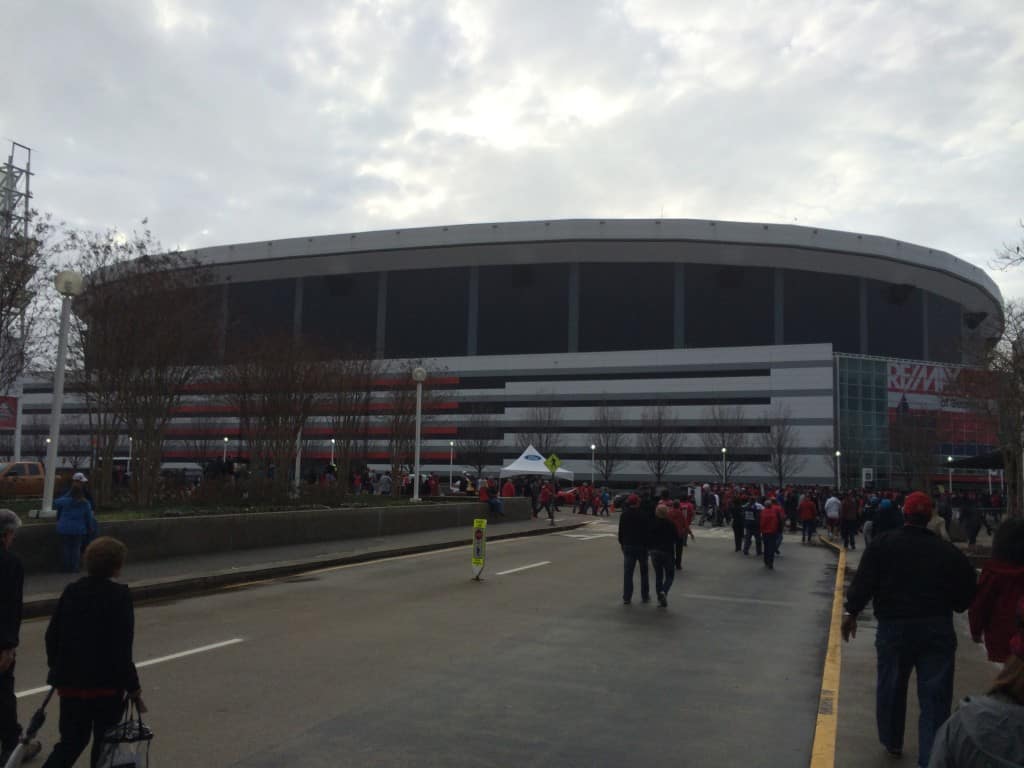 We were up in the nosebleed section, but because of the way the stadium was built, the seats are at a sharp angle and we were able to have a great view of the end zone right in front of us. The Panthers started with the ball and drove toward us and we were able to see everything. 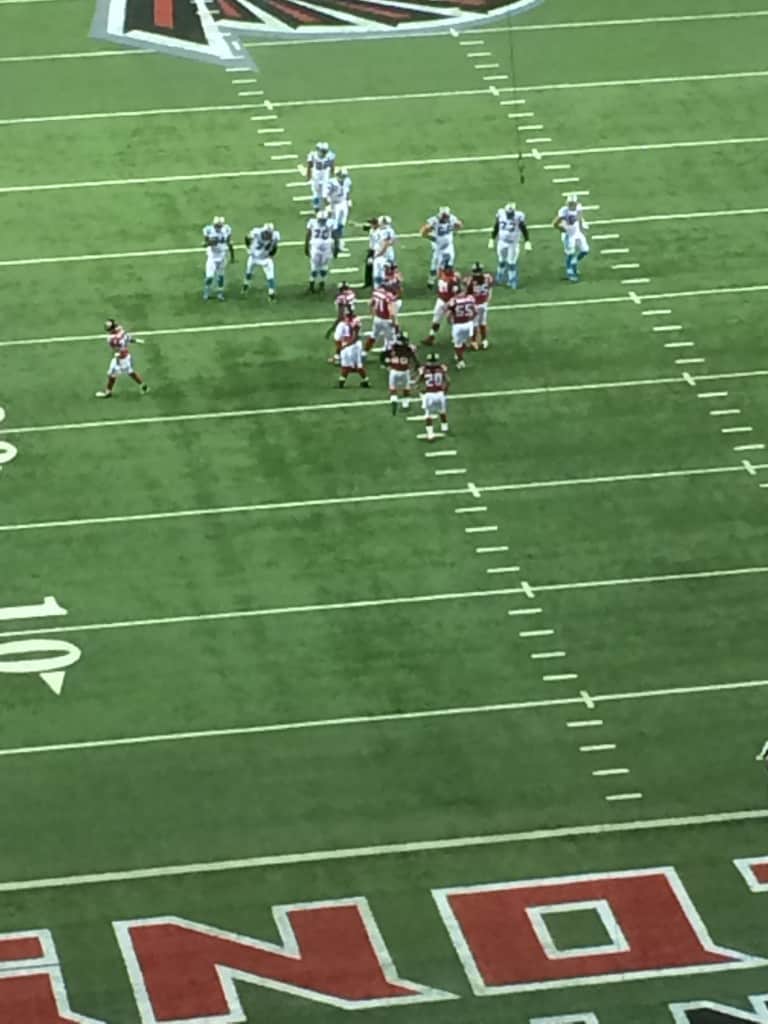 The game was a blast because the Panthers dominated from start to finish. They scored two touchdowns off interceptions, which was the first time they had ever done that. Throughout the game, Falcons fans filtered out at a more and more steady pace until there were virtually no Falcons fans left at the two minute warning, so we moved down closer. 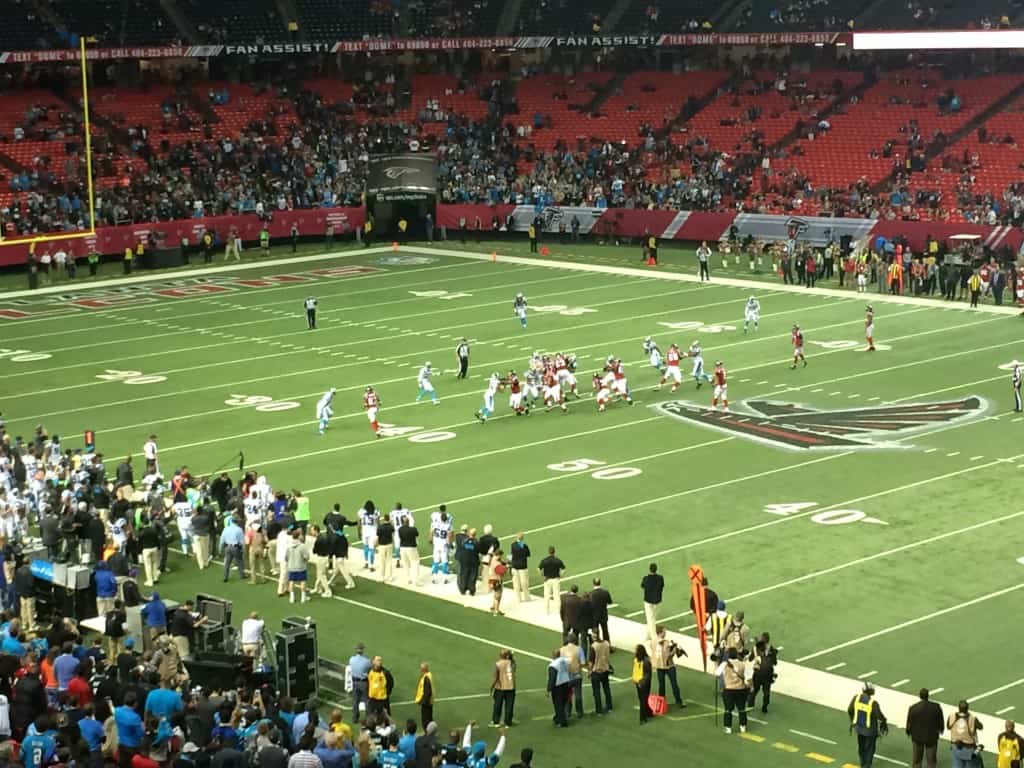 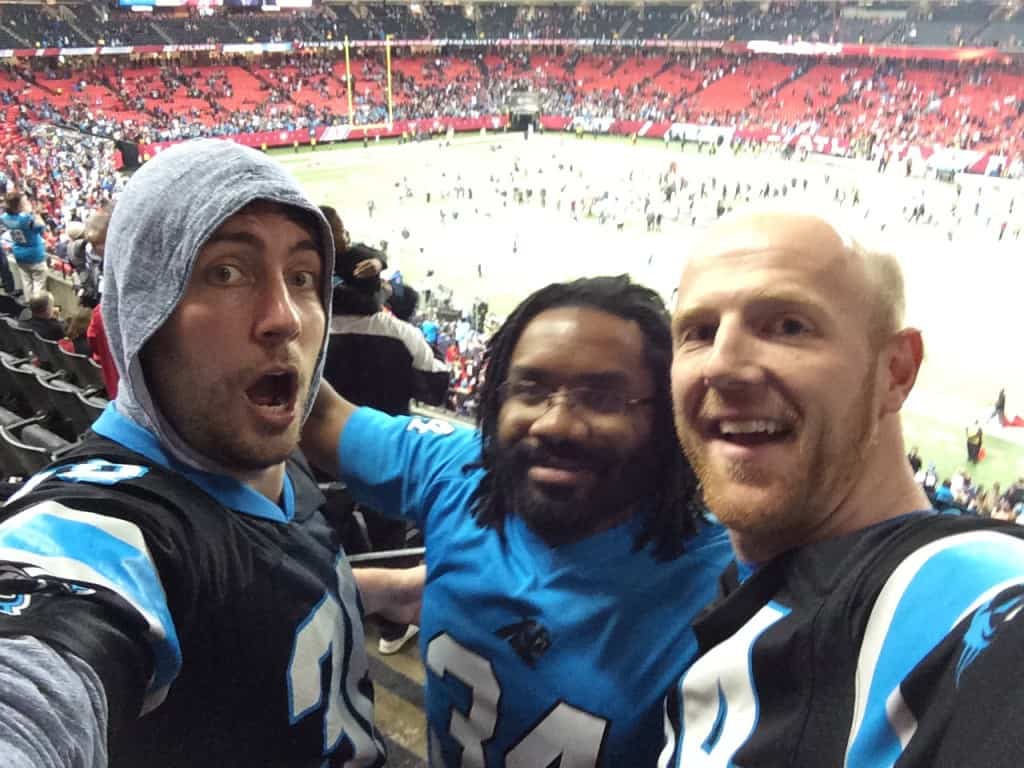 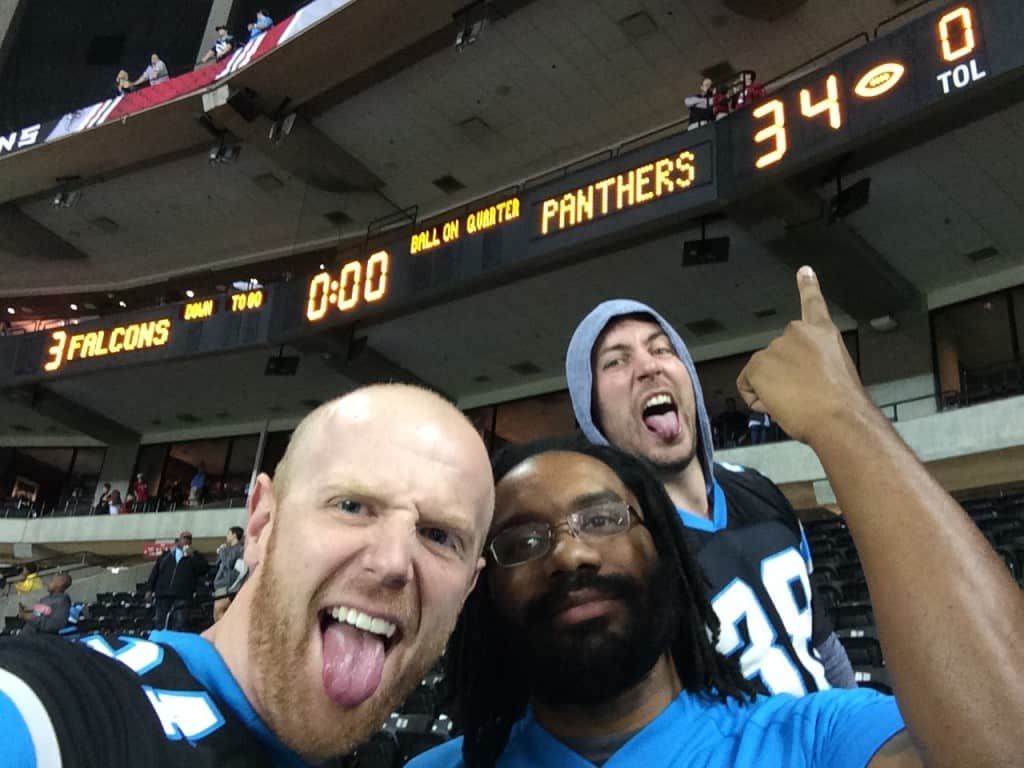 The drive back wasn’t so great, because it took five hours, but we were still living high. The Panthers were going to the playoffs to host the Arizona Cardinals in the first round of the playoffs. The Panthers became the first back-t0-back champions of the NFC South in the history of the division and it was great to be there. And I crossed of another of my 101 in 1001 items off my list!