The tough thing about living in a condo is that if you need to do some labor like sawing or anything, you don’t have a lot a space to do it in. That becomes even harder when you have someone like Morgan around that constantly wants to do projects. I do all the work out on the porch, but it’s really small and I end up doing most of the work while sitting on the ground. Plus, I have to put all my hardware and tools on our dining table we have out there. So, Morgan suggested I build a small table to do some basic work on and have a place to put my materials.

The way the porch is built, there are two small alcoves on each side. One of them has a cat tree in it for Bear, so I thought the best place would be on the other side in an L-shape around the column. I didn’t want to spend too much money on a table that was going to be used for work, so I searched for some good, free wood for a while. One night, while walking the dog, I saw someone had thrown out some pallets, so I decided to grab two of them. 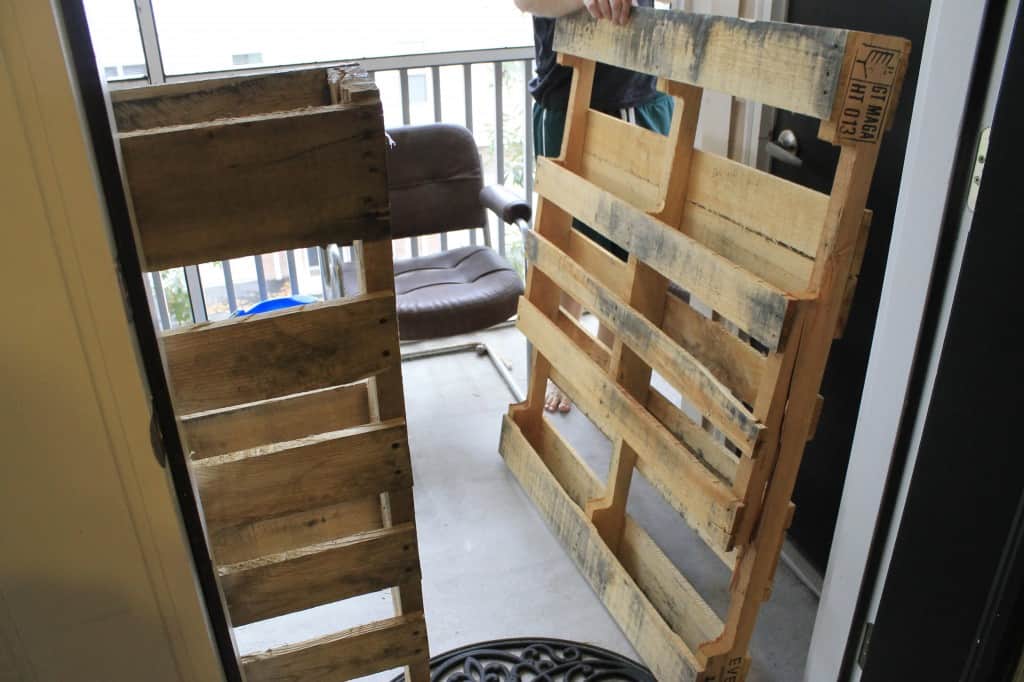 First step was to tear them apart and salvage the wooden slats. This turned out to be a much harder task than I thought. Those pallets were meant to hold tons of weight and be re-used over and over again. That means they are meant to be durable, therefore they are hard to break apart. 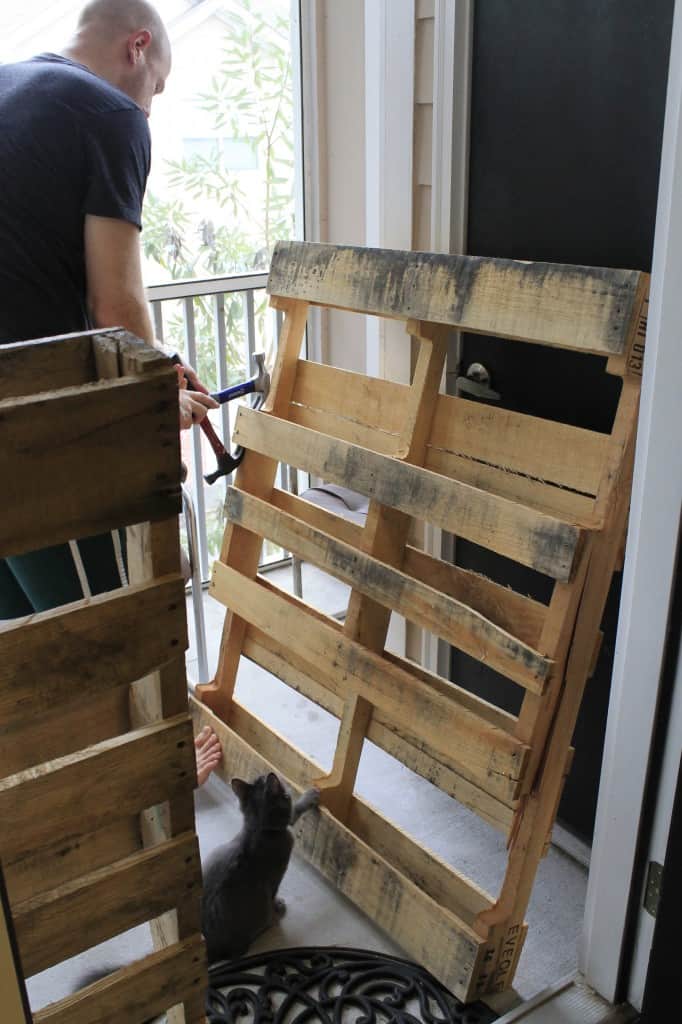 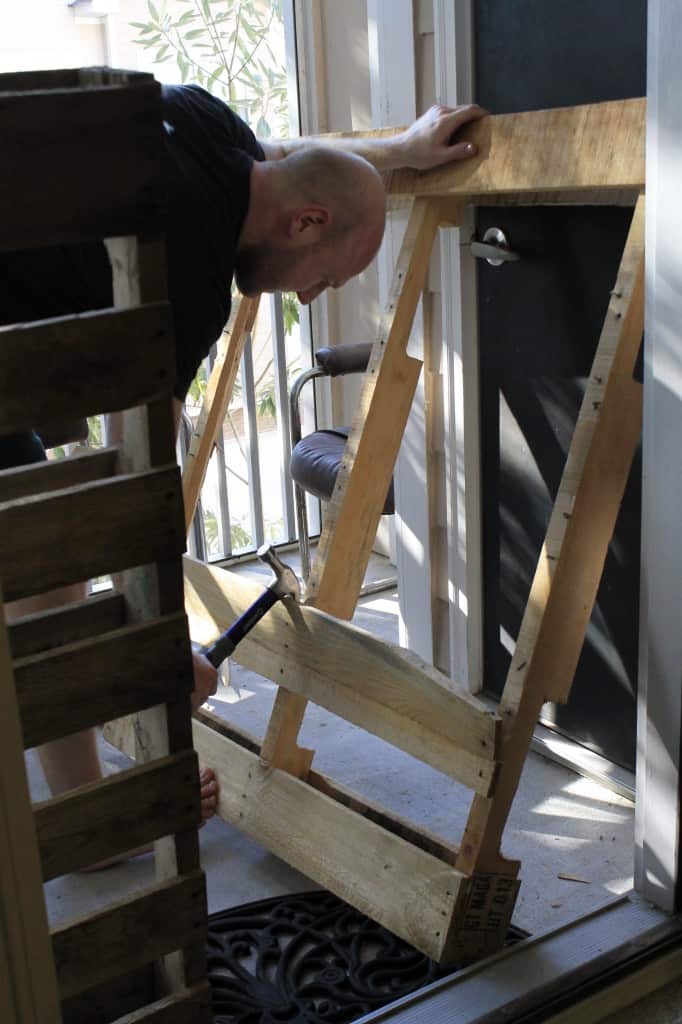 I drew out a small diagram and measured the space. Once I had the pallets torn into pieces, I cut the slats into the lengths they needed to be and laid them out on the porch floor. 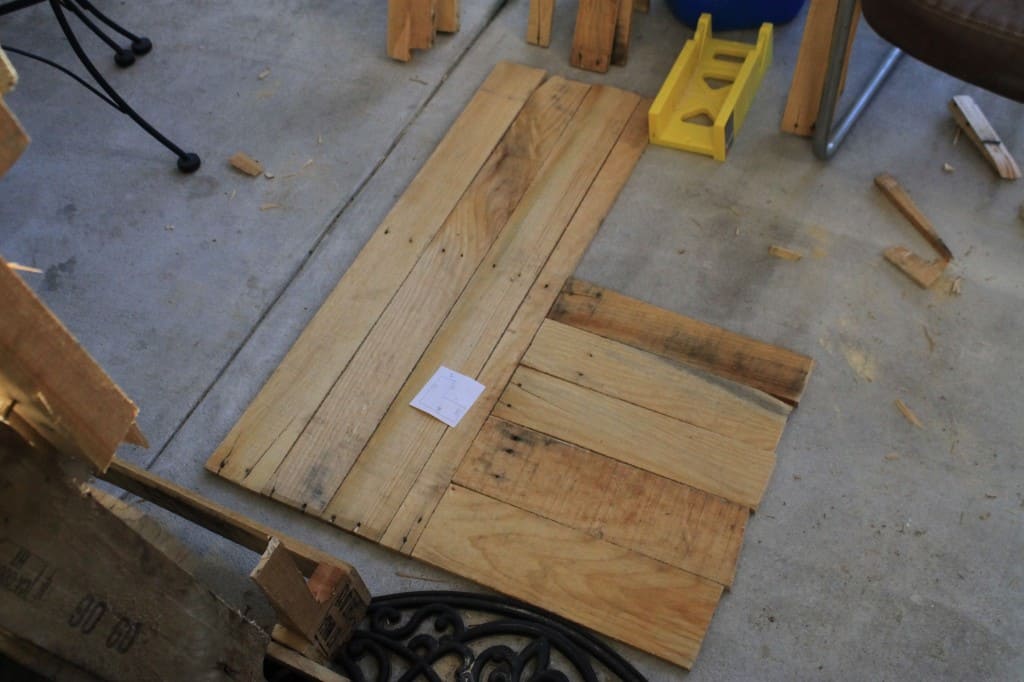 Then I cut some of the thicker pieces of wood from the sides of the pallets as braces for the parts of the table. 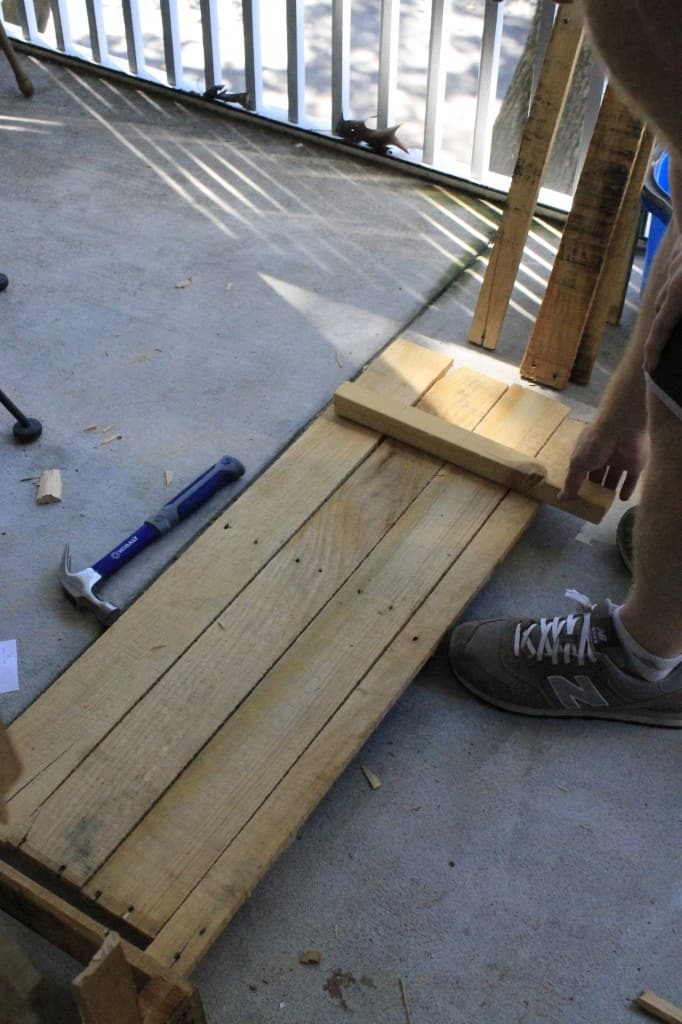 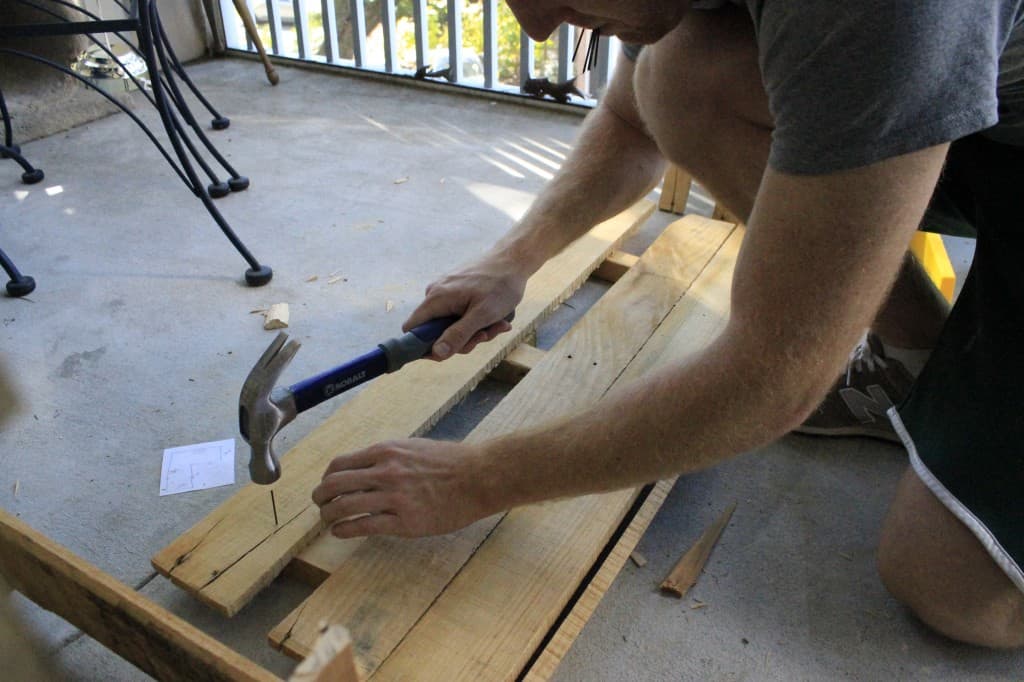 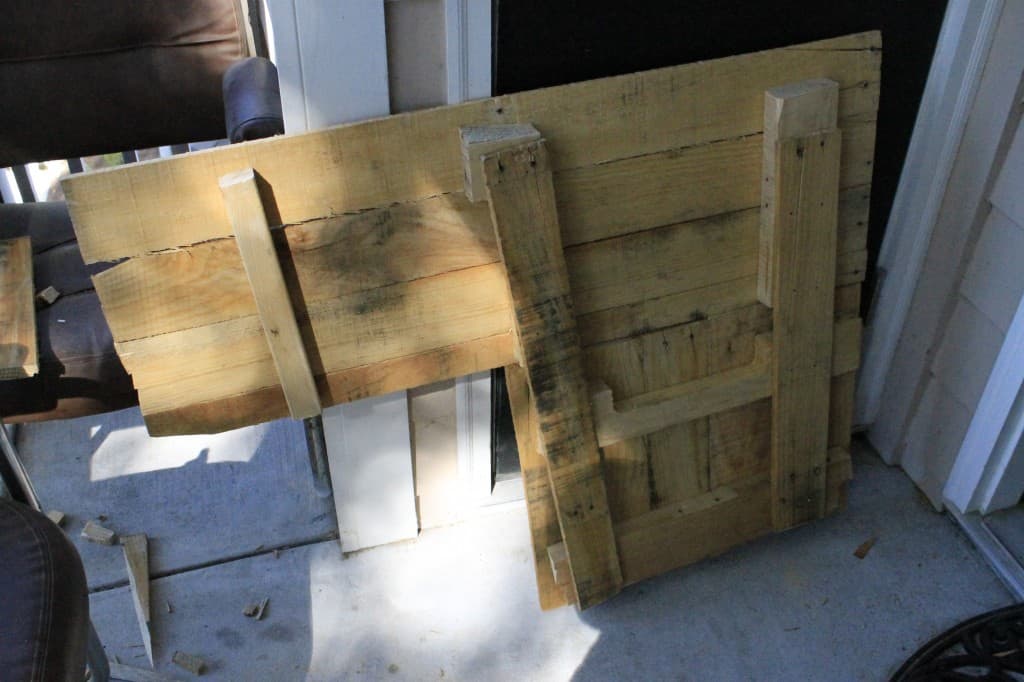 The only part of this project that cost me any money was that I bought a 10 foot 2″x4″ for the legs. I wanted five legs for this table that were 39 inches long. I had one nine foot 2″x4″ already to cut, so I spent $4.50 on this entire project by buying that one piece of wood. I cut the legs to the right lengths and then attached them with brackets to the table top. Finally, I used some more slats to brace the legs to each other. 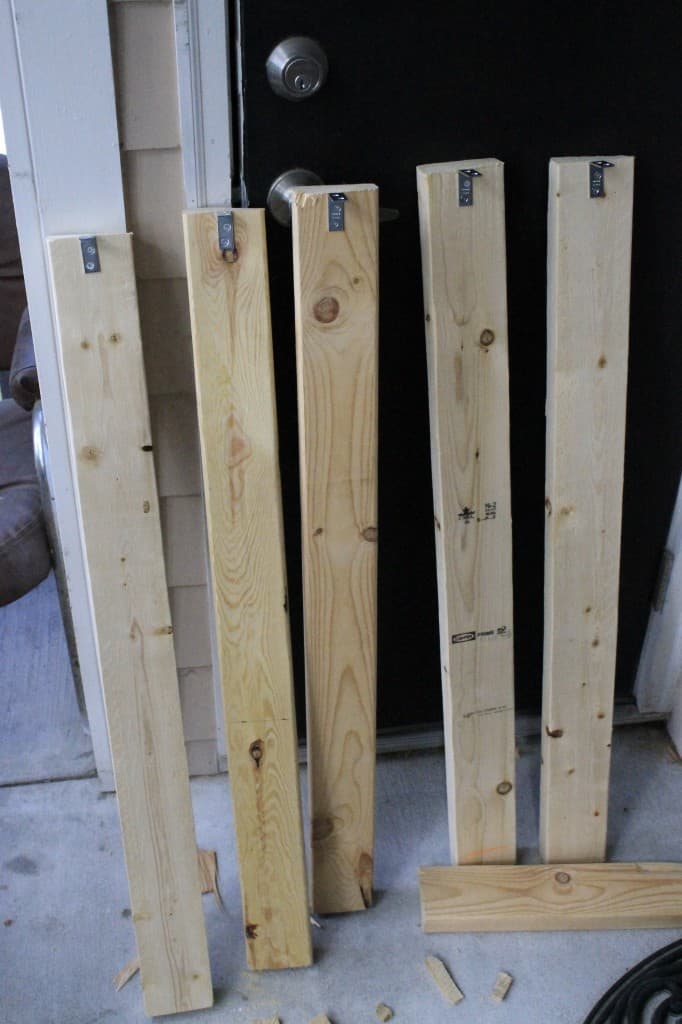 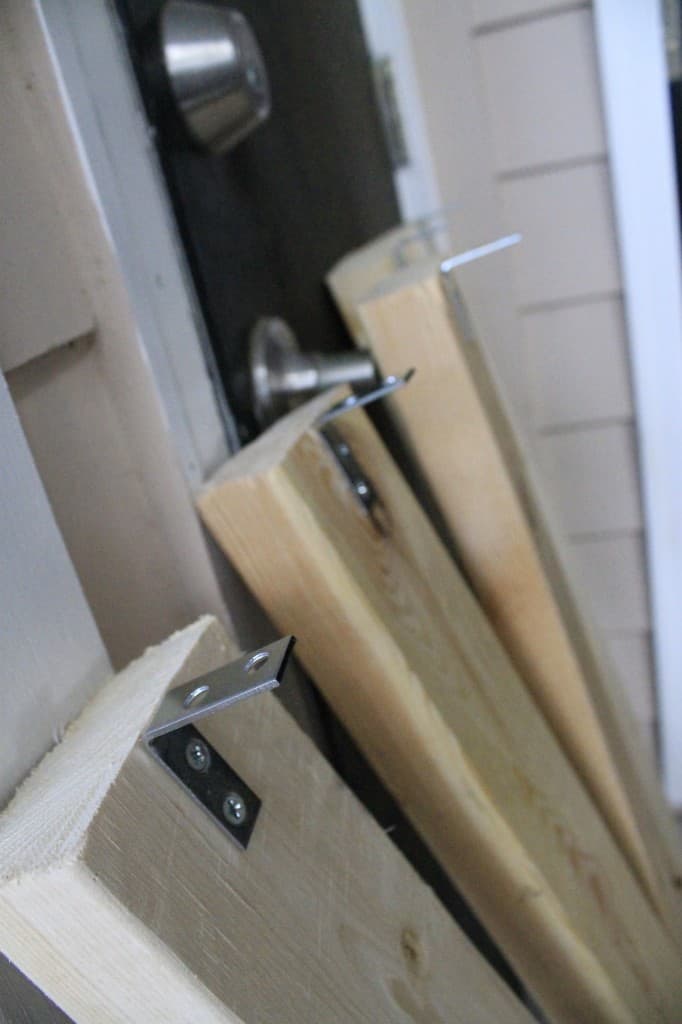 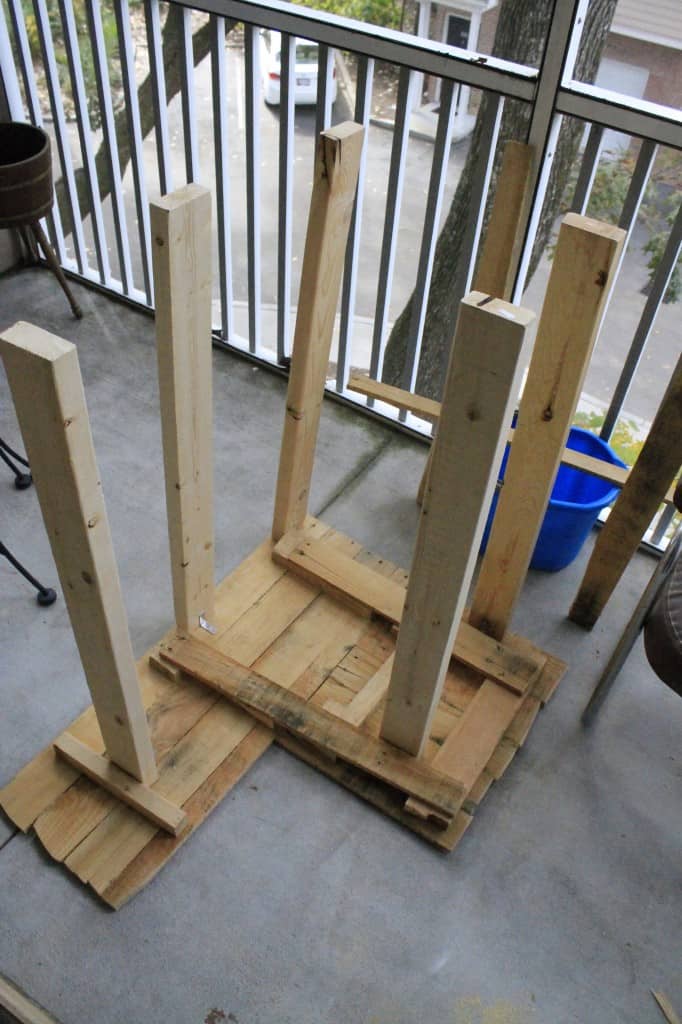 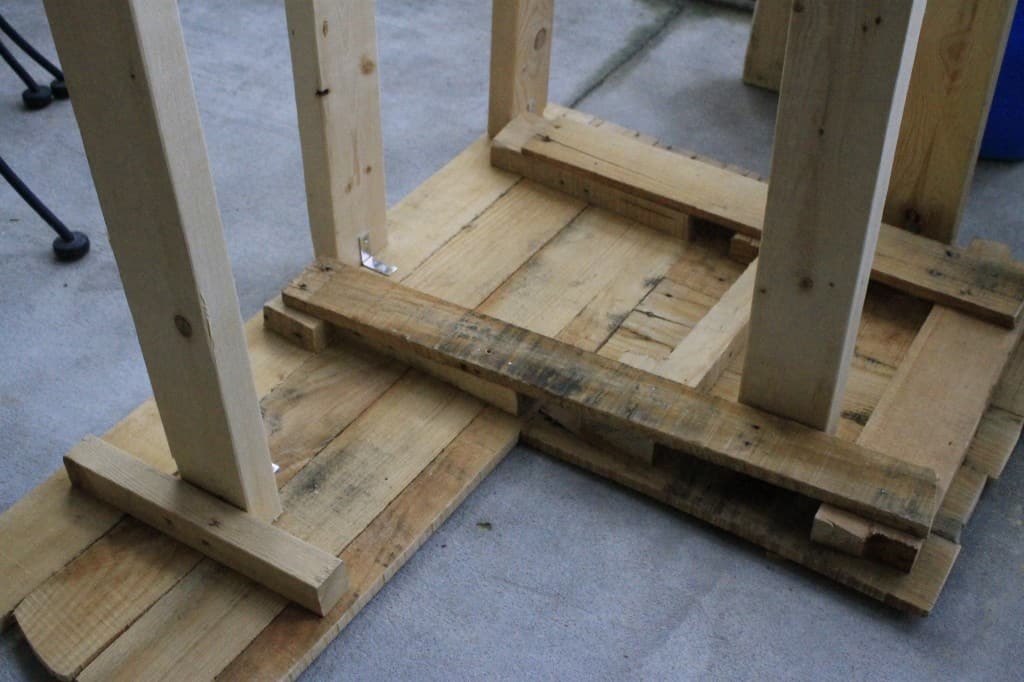 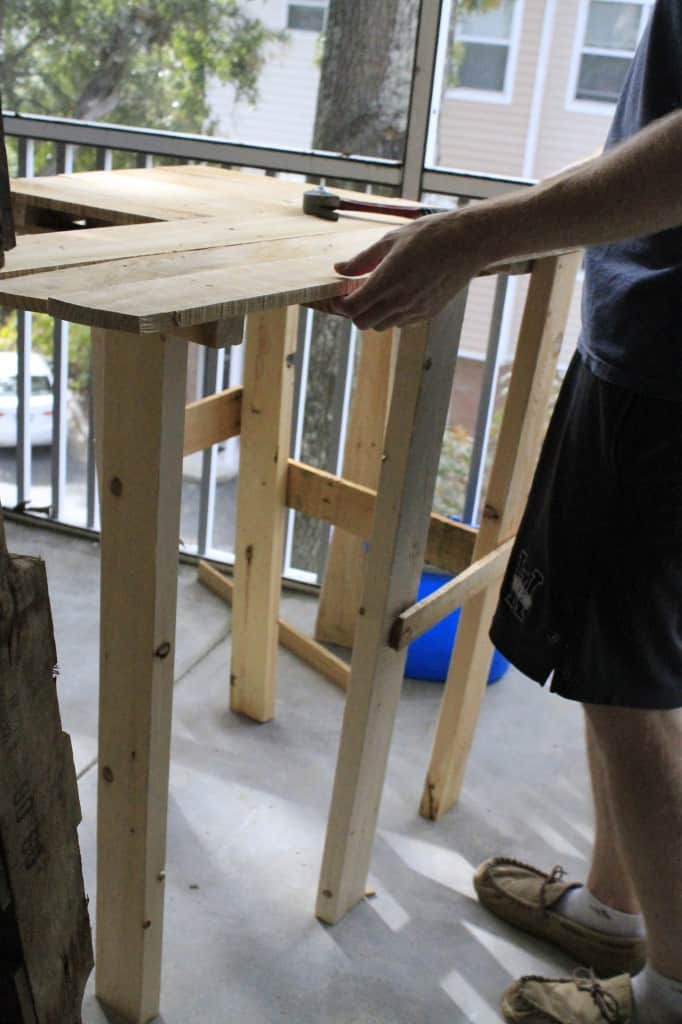 Last thing I did was drill extra screws through the top of the table into the legs just to make sure it was steady. Then it was ready to work! 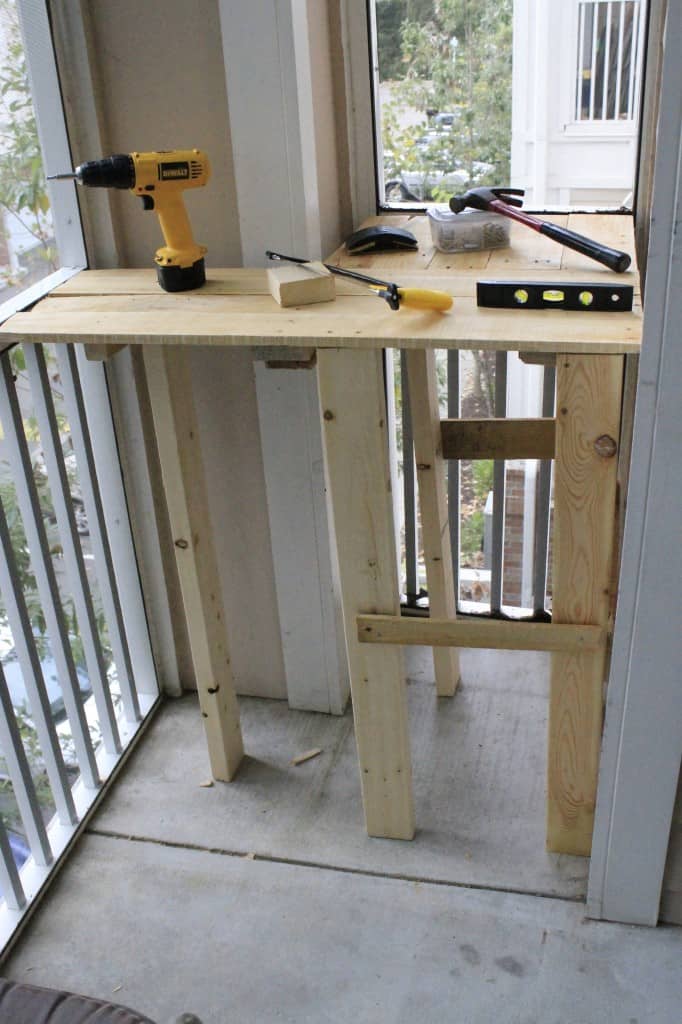 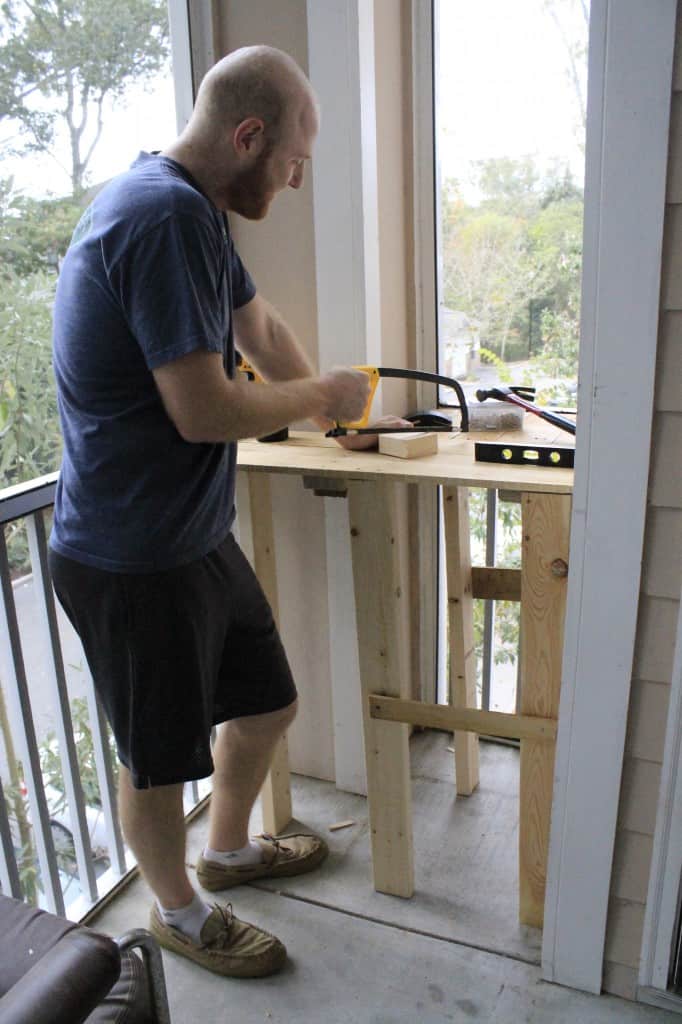 This was a really great idea for a project and was basically free. We have already put the table to good use on a couple of projects we’ll be sharing with you soon! Plus, this is half of #73 off of our 101 in 1001 list. Once I finished organizing the shed, we’ll have that one off the list!

Tell us about your latest free project!