Are we the only millennials left that have cable? This is a serious question. We’ve started to notice that everyone we talk to watches different shows than us. It took a little while to realize this was because they are watching shows on Netflix, Hulu, HBO Go, Amazon, etc, and we’re watching network cable. So that begs the question- should we cut the cord? 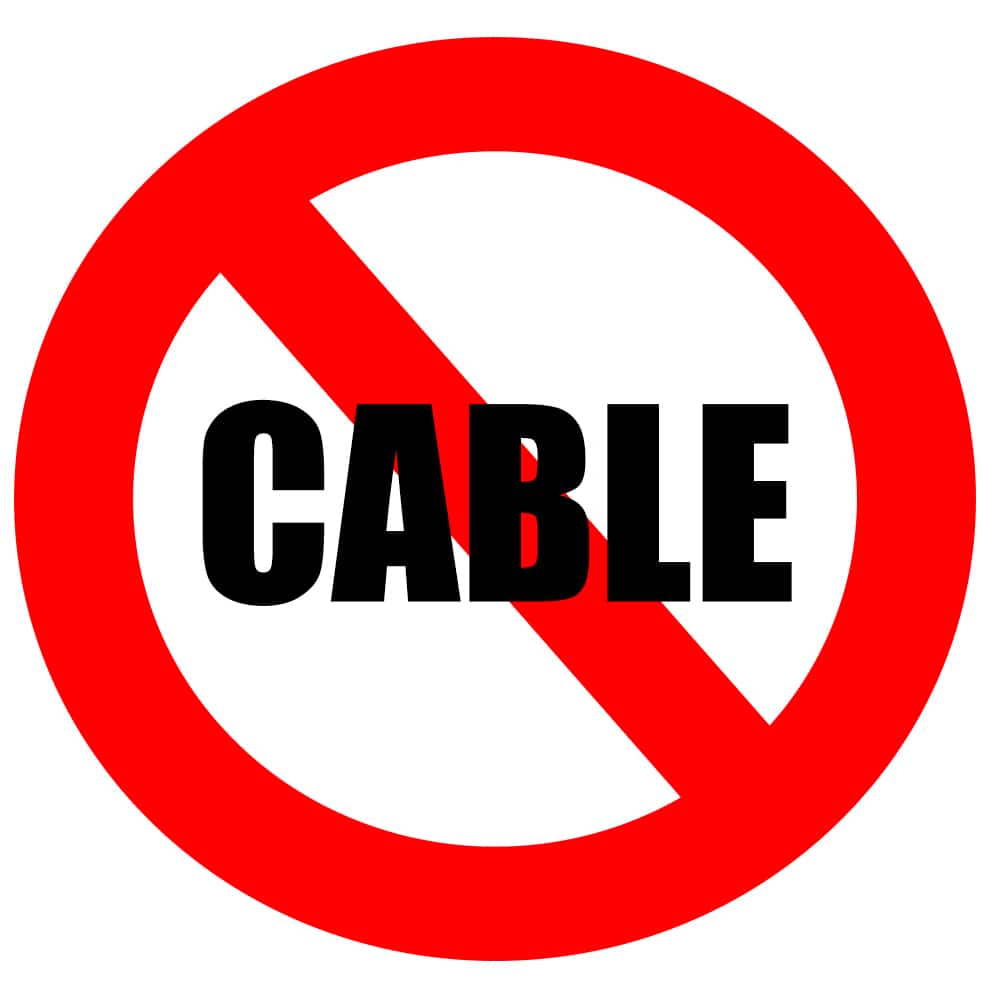 When we moved into our house, we had Comcast come out and set us up with cable again. Why? Because that’s what we’ve always done. Neither of us knows different. We’re both tech-savvy, but we’ve never really thought about the case for switching to non-cable. We have complained about and to Comcast many times about how expensive they are, how much they jack up our rates and general service problems, but we’ve never done anything about it.

We’ve started looking into the possibility of switching off of cable and onto various subscription services. Our main considerations are a) live sports, b) HGTV, and c) regular local network television. Until recently, not having cable has seemed like a bad idea because I would end up spending more money on food and beer at bars all year long watching sports than I would on our cable bill. Then, I’ve recently learned that WatchESPN is a thing now and you can get local NBC/ABC/Fox/CBS by buying digital rabbit ears for a one time fee at the store. That would solve our sports issue. Then we saw that Roku and sling allows us to be able to get the other channels we usually watch, namely HGTV and Food Network. We could also add Netflix for a few dollars a month and get all those great shows, plus we already have access to Amazon Prime Video, but we don’t use it.

So the real question is- is it worth it to ditch cable and start using all these other services? Is it worth having to go back and forth between like four apps to get the different shows we want? We’d also still have to pay for internet through Comcast, so we know there would be an up charge ditching cable from them.

We’ve really been debating this lately, because we’re tired of paying $150 a month on television when we watch about an hour per day. We’d love to hear your thoughts and how you super savvy millennials are handling your TV!