Like many of you I am sure, Sean and I really try to recycle and take small measures to minimize our environmental impact. And afterwards, we pat ourselves on the back and think about how smart and thoughtful we are. Recently, we have read several articles and listened to podcasts that have seriously opened our minds to some major common recycling mistakes that we were definitely making – and introduced us to the idea of aspirational recycling. I found it so interesting and relevant to so many well-intentioned people that I just had to share it with you here today!

Recycling Mistakes You Are Probably Making 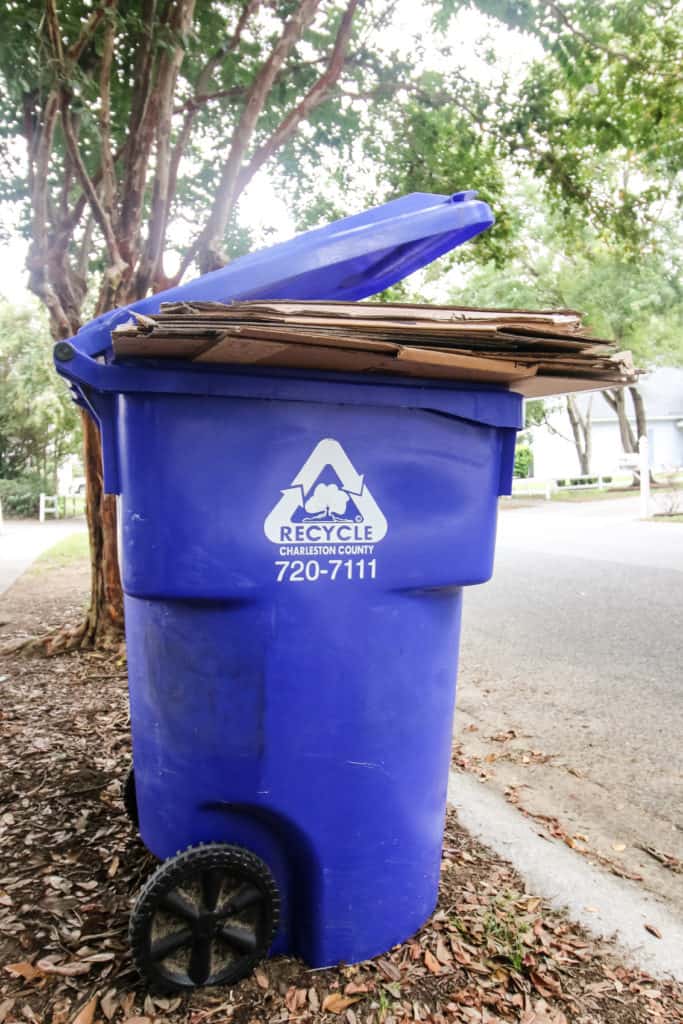 Not knowing your local recycling rules

To really understand recycling, you need to understand how recycling works. Most cities don’t actually “recycle” goods like you might imagine. They gather recyclables, package them together in pallets, and sell them off to companies that then re-purpose them.

So, cities can only recycle things that it makes economic sense to do so. In other words, they have to spend less money recycling it than they receive in exchange for the recyclable goods. When recyclables are bundles, they are rated based on the percentage of good, clean recycling they contain. If they are too dirty, no one will buy them. The more non-recyclable goods in there, the less it is worth, and the less likely that the city will be able to re-coup their investment (in man-power and time, mostly) by selling it.

So, cities stop accepting certain things. We found out recently that our city (Charleston) doesn’t actually recycle glass. They accept it, but they lose too much money in actually recycling it and it goes to the dump. Most cities don’t take styrofoam, because it is so expensive to recycle. So people buy boxes with large foam packing materials, see the recycling symbol, put it in their recycling bin, and it leads to entire pallets of recyclable goods being tossed out.

China has historically been one of the biggest purchasers of US recyclable goods, but they have recently stopped accepting recycling from other countries. The market for selling recyclables is decreasing and so don’t be surprised if your city stops accepting certain goods. You can find out what your city recycles by Googling your local department of recycling.

Did you know that bagged recycling is usually not even opened, and just considered all trash?

Not only is it considered trash, but it counts towards the percent of trash on each pallet of recycling and can lead to an entire pallet-load being thrown out. Sean and I actually always bagged our recycling (in garbage bags) until about a year ago when our city slapped giant stickers on every recycling bin instructing us not to bag it.

We had no idea that you weren’t supposed to, that our recycling was getting trashed, or that it was causing other good recycling to be trashed. Luckily, that was a recycling mistake that was easy to stop making. We still use a trash bag to line our indoor recycling bin, but we then just dump it directly into the bin outside unbagged. 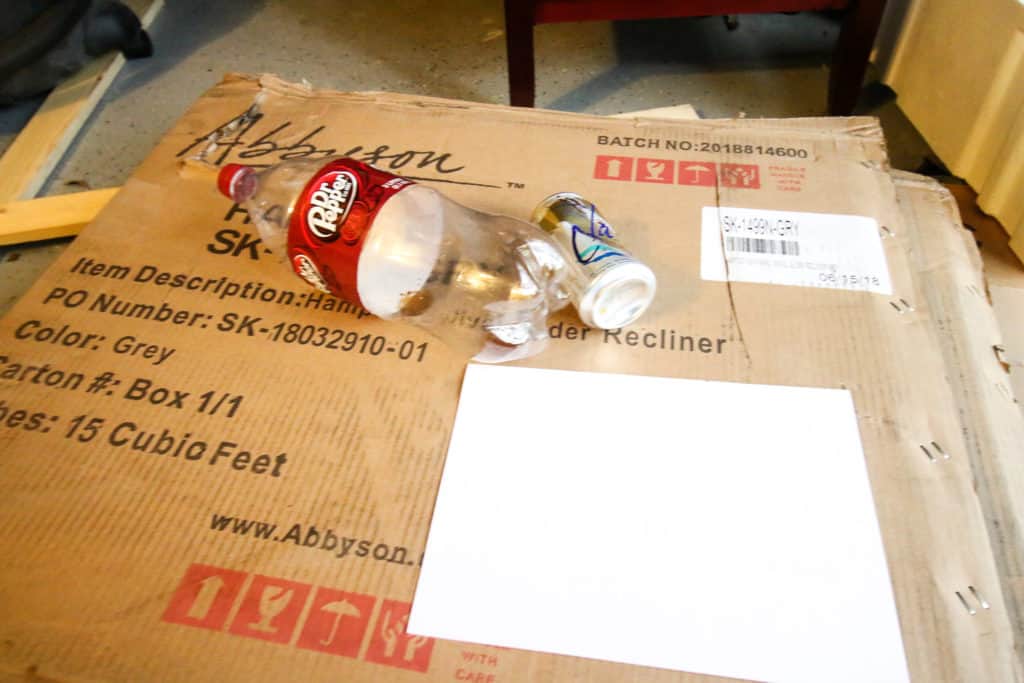 Your yogurt container is totally recyclable, and you know that your city accepts it, so you throw it in the recycling bin. Go you! Except, did you rinse it off first? Recycling that is contaminated with food is deemed non-recyclable and is totally trashed, and counts towards the percentage of each pallet that can lead to the entire pallet being trashed. The solution? Always rinse everything!

Speaking of – are pizza boxes recyclable? I always always have recycled them and recently learned that when they are greasy, the cardboard is basically ruined. Kind of like your favorite t-shirt, they can never really get the grease out and therefore can’t use the contaminated cardboard. So, if your box is greasy, consider ripping off the top (if it’s clean) and recycling that and trashing any contaminated sections, like the bottom of the box. It might seem wasteful, but realize you’re actually getting to recycle that half instead of the whole thing being trashed later.

Sean recently said something (maybe repeated from an article – shout out to whoever said this first) that really struck home to me. Reduce, Re-use, Recycle are in that order for a reason.

Recycling is great – if you do it correctly – but it’s better if you never use that item to begin with. One of the biggest culprits of this is plastic disposables. Cups, bottle, straws, lids, silverware – they sit in the landfill forever, or even if you recycle them, still cost a lot of money to re-purpose. In 2018, it is cheaper to produce new plastics than it is to recycle them.

What if you just used a re-fillable water bottle, metal or paper straw, or brought metal silverware with your lunch to work? Little steps like this really add up and can make a huge impact and help alleviate the economic burden of recycling. So consider first to reduce your use. If you can’t, try re-using something multiple times. As a last ditch effort, then you recycle it.

Here is the article that I read that inspired me to learn more about Aspirational Recycling. Sean highly recommends the Stuff You Should Know Podcast episode on Recycling as well!

Are there any other common recycling mistakes that we are missing?