If you are wondering how to install a porch ceiling fan, this post should be helpful to you!

Boy, having a screened-in porch is nice and allows you to have some nice times outside without being totally outside and keeps the bugs away. But living in Charleston, sometimes it’s just too friggin hot to sit outside. So, we decided we wanted to add a ceiling fan to to the porch and began our research.

We looked at new fans at Lowes (cheapest one was around $75) and used fans on Craigslist (all the fans were overprice or assembled, making them hard to install). Then one day, Morgan was walking around Consign Charleston and found a new fan, still in the box, for $20 and snagged it.

If you would prefer to hire out your ceiling fan install, here is who we recommend.

How to Install a Porch Ceiling Fan 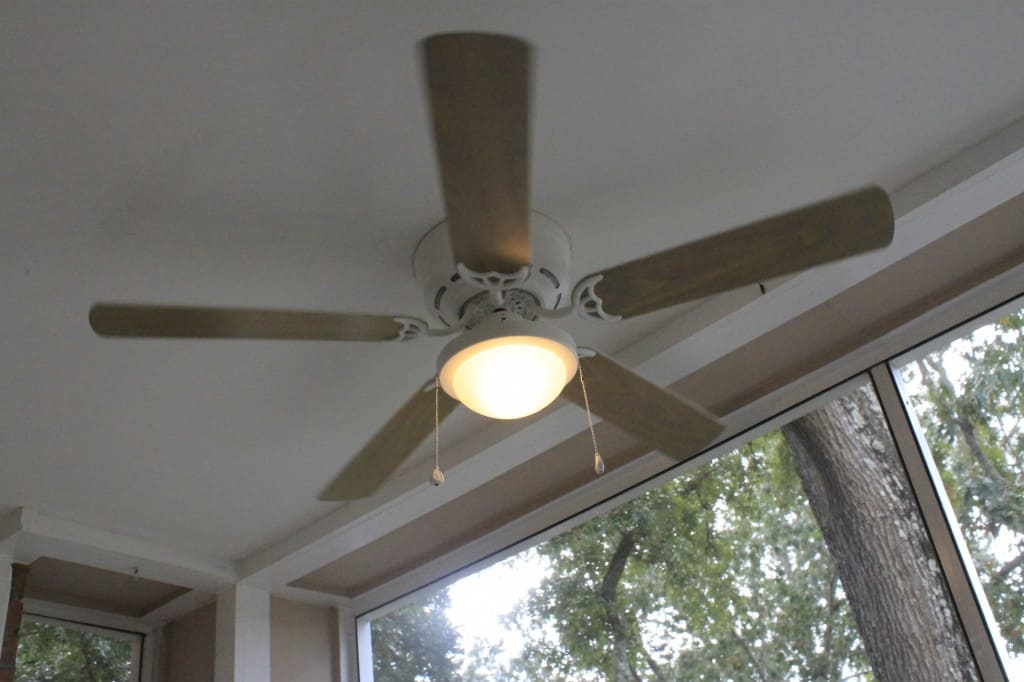 I had to cut the electrical power to the porch and then disassemble the existing light fixture. I used my skills that I have improved upon after installing several new light fixtures throughout the condo. Then, I simply followed the instructions that came with the fan to construct it, starting with the ceiling mount.

This fan had a nifty little hook on the motor that you could hang it to the ceiling mount while you tied the electrical together, making this a much easier process than having to force Morgan to hold the unit up while I tied the electrical. 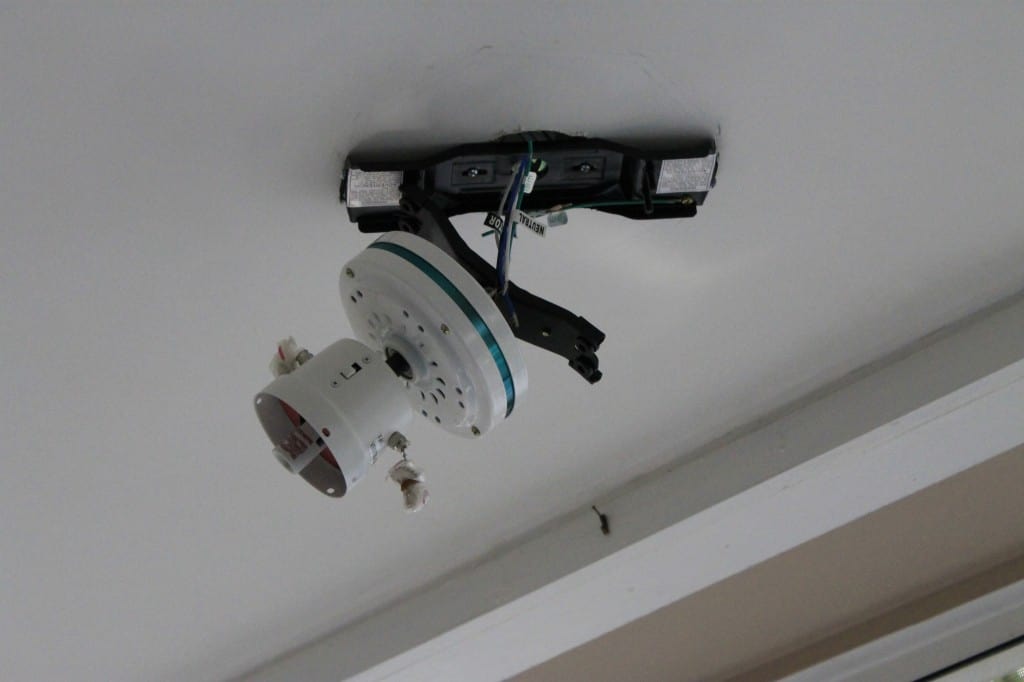 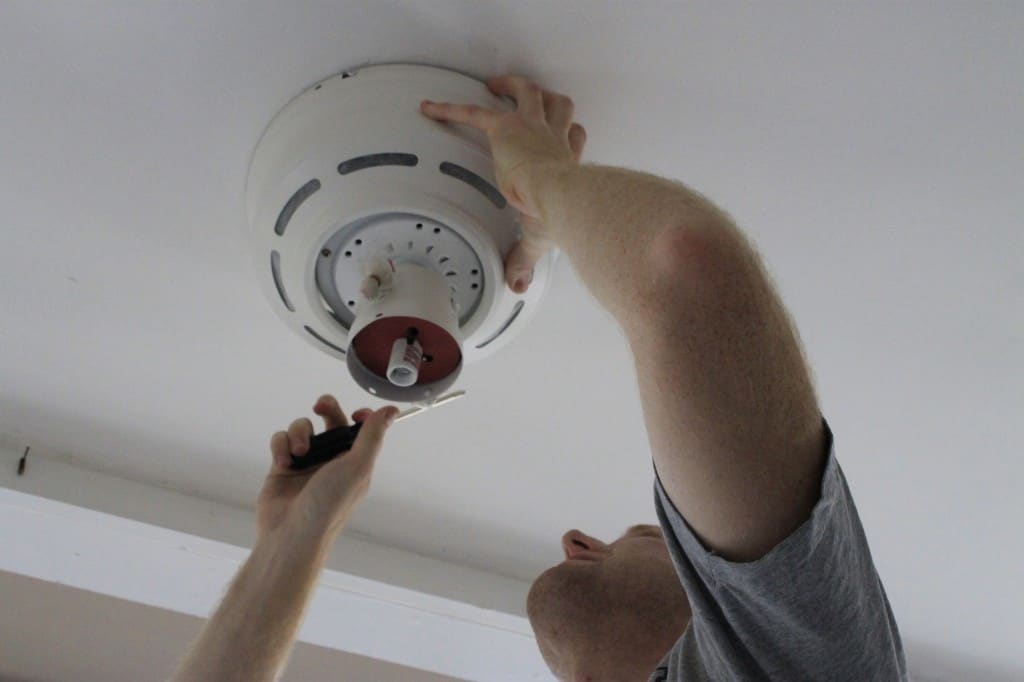 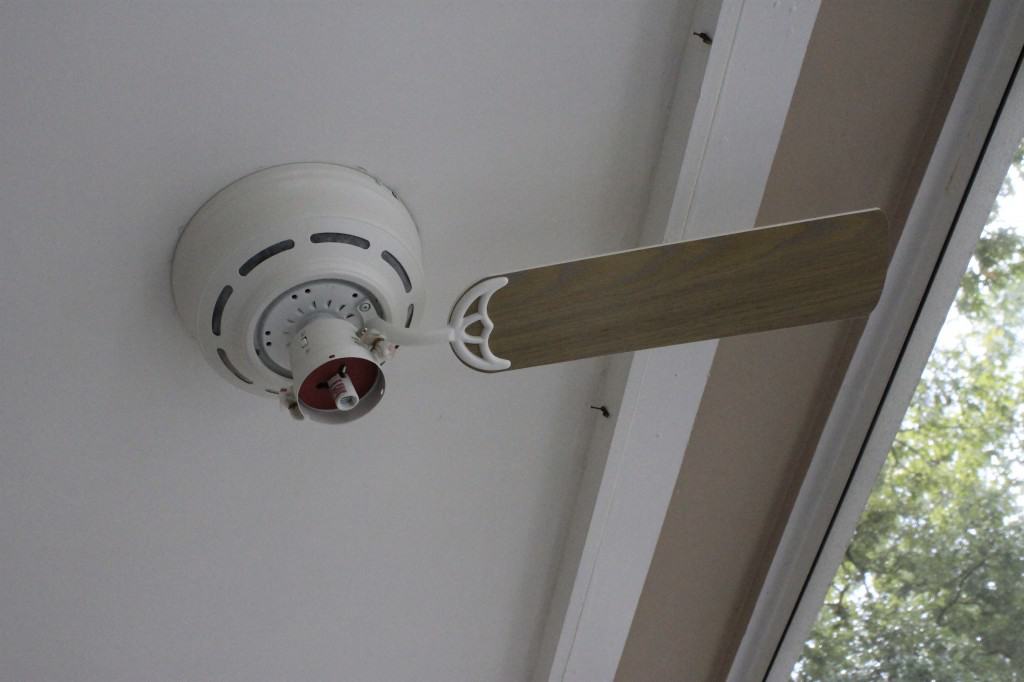 It’s important to note that the instructions explicitly say to make sure that the fan blades are at least 30 inches from the nearest obstruction, for safety reasons. Unfortuntely, we don’t have that option on a porch, but I think five inches will be fine…… 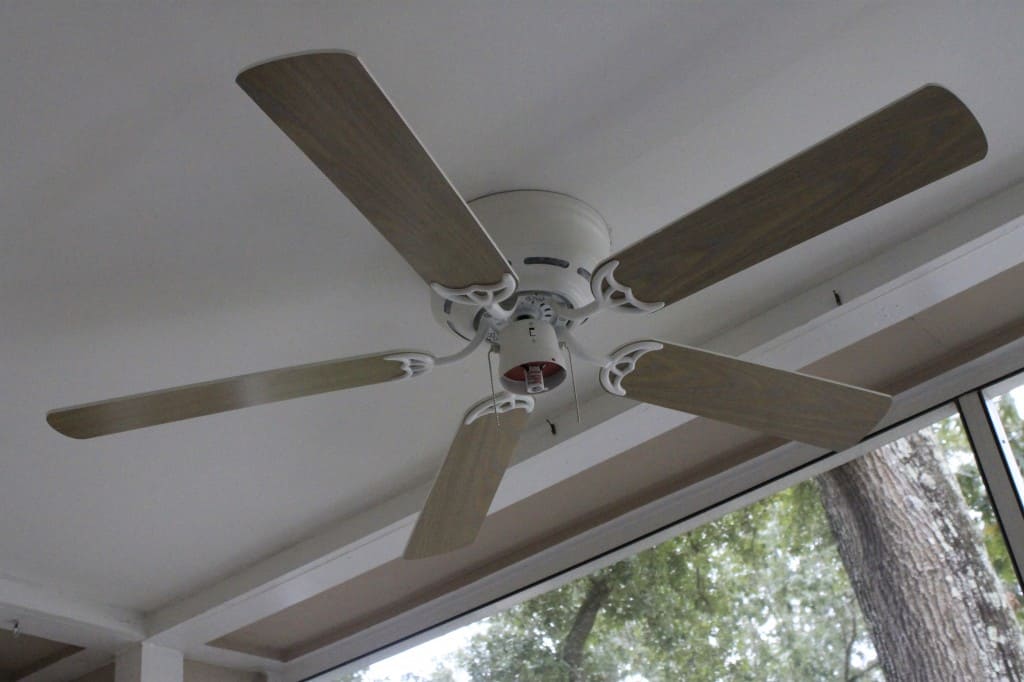 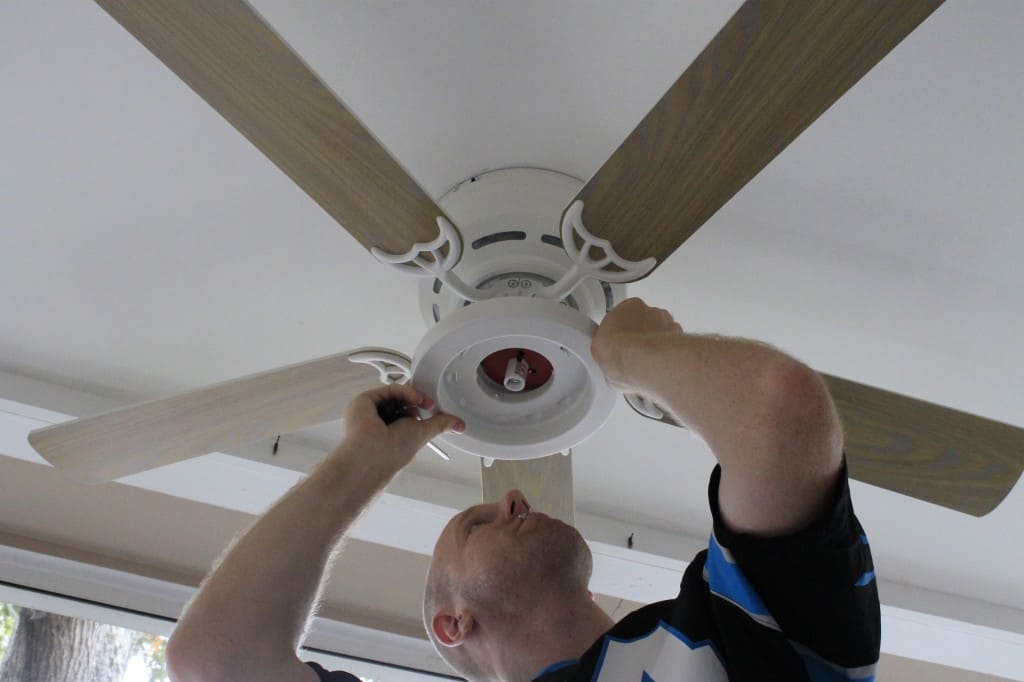 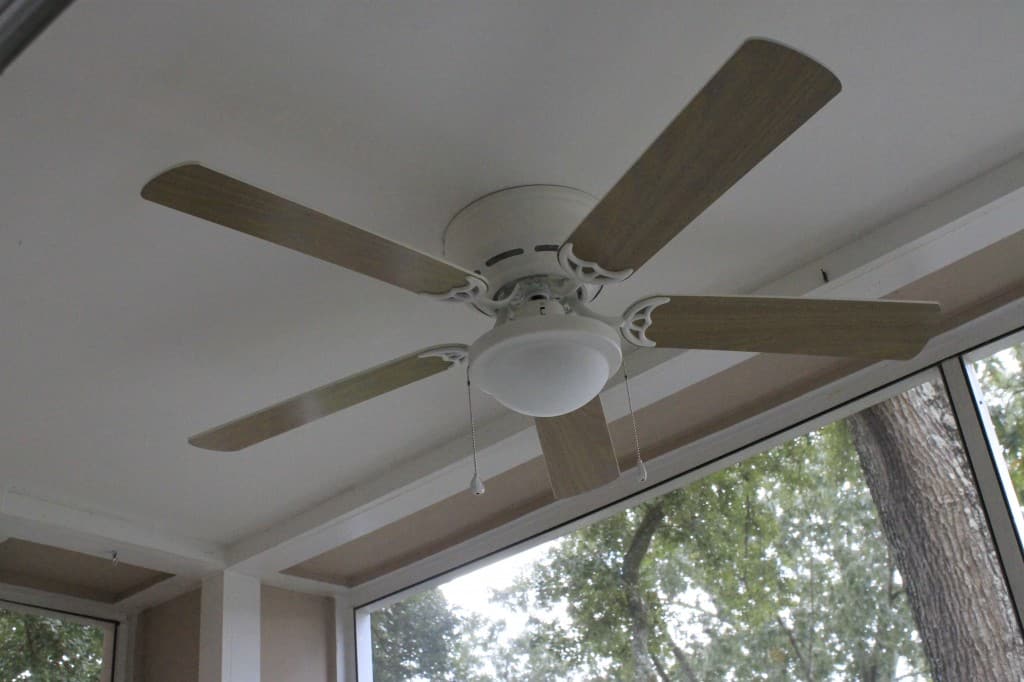 Easy as pie! I was surprised at how not-difficult this project was from start to finish. Just make sure you always cut the power before beginning any light fixture project and follow any directions you have. We’re looking forward to some nice dinners on the porch this fall!

Tell us about your latest home improvement project below!