I don’t know about ya’ll, but we love beer. We try our best to drink wine at appropriate situations (ever since the waiter at Peninsula Grill held a bottle up against a white towel and proclaimed “Bud Light” and then poured it into his glass, we stick to wine at the fancy places). But beer is by far both of our choice of drinks.

So, we were super pumped to be able to attend the Festival of Beers at the Riverdogs stadium. The festival boasted on having over 100 beers on site to taste. It also said that the first 2,500 people got beer sampling glasses and drink tickets… so you better believe that we were there 15 minutes before it opened. There was a very long line, but the IDed the line in advance so once the gates opened, we got right in. 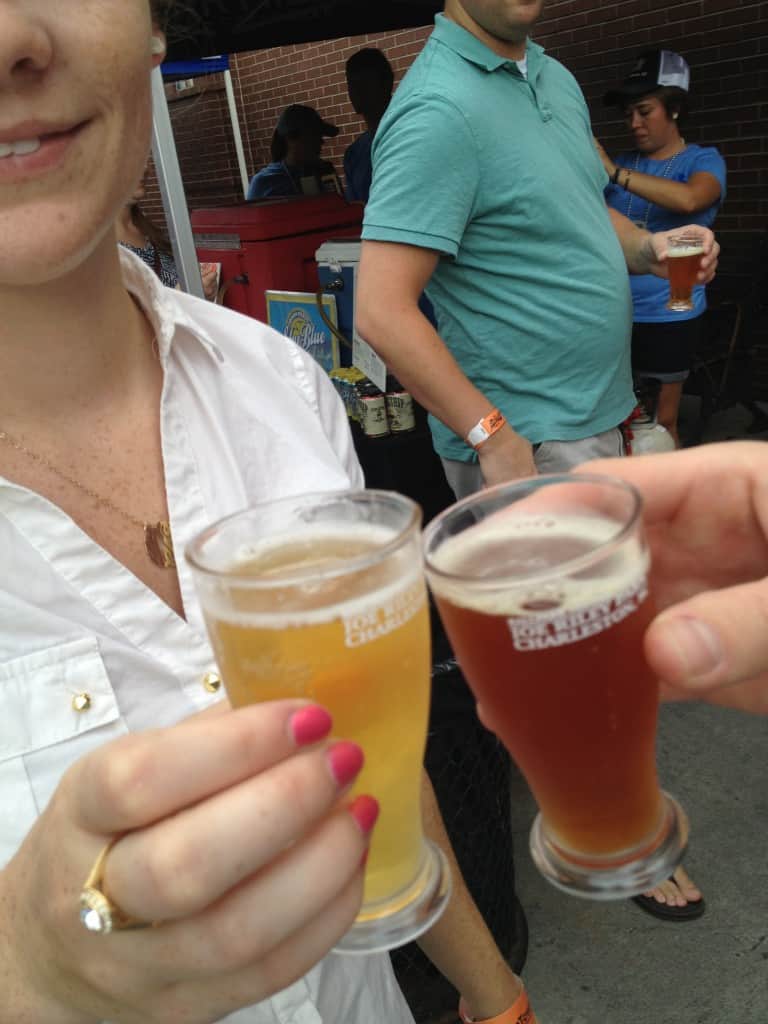 Everybody got a miniature beer glass (it was plastic) to sample the beers with. You also got 18 tickets to sample beers. I think you could purchase extras- but we never needed to. We each had tickets left over at the end, but I’m pretty sure that we forgot to give tickets at some booths- especially after we had been there a while.

There were dozens of tents set up around the stadium. Each tent represented a different brand and had 2 – 3 taps of beer to sample. We had a blast trying all of the different flavors! 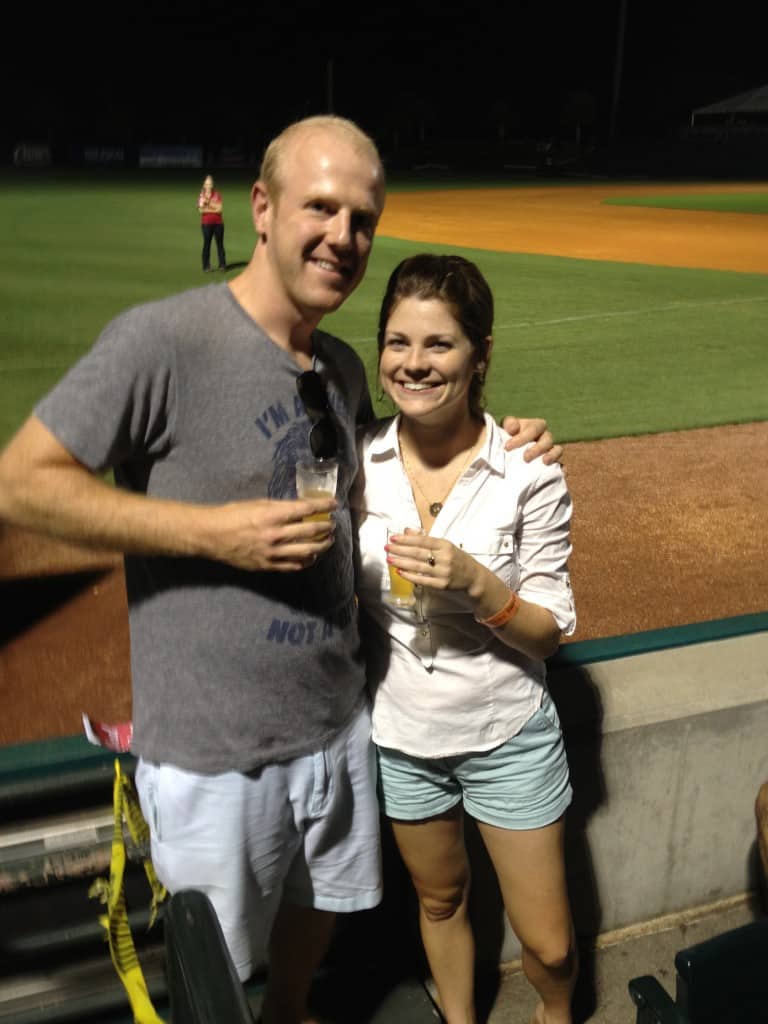 Warning: the beer sampling glass is small but when you chug a lot, quite quickly… ya get drunk.

On the field was a cornhole tournament. We played, but did not get past the first round (see above for a hint why). 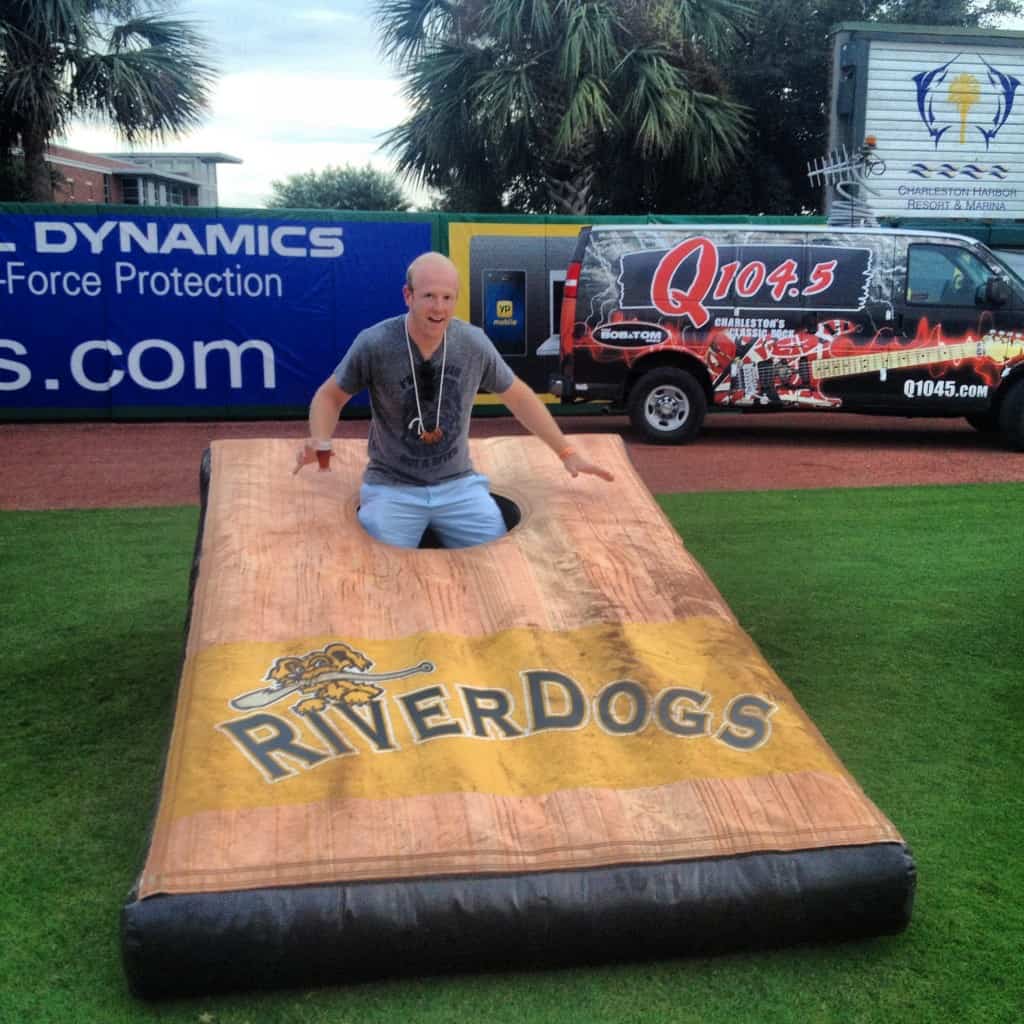 There were also several food trucks- including Tokyo Crepes, Dulce, and Gullah Gourmet. We had crepes (Sean had meat lovers & I had a pork and corn combo) and then dessert at Dulce (bacon cheese cake and peanut butter bar). 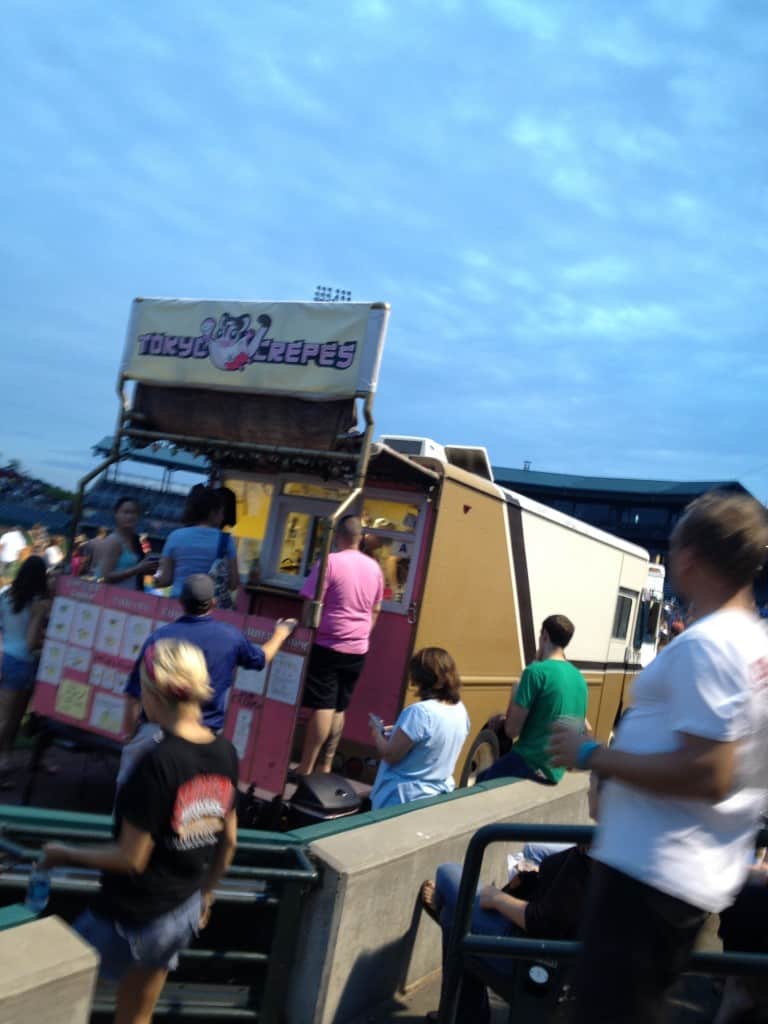 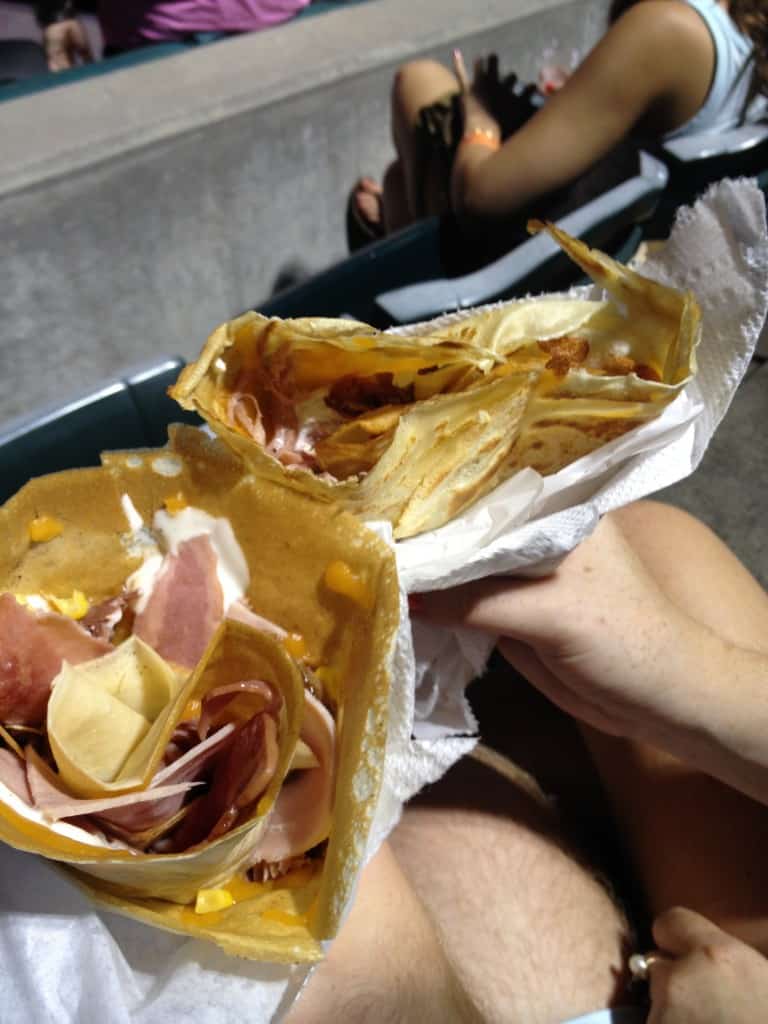 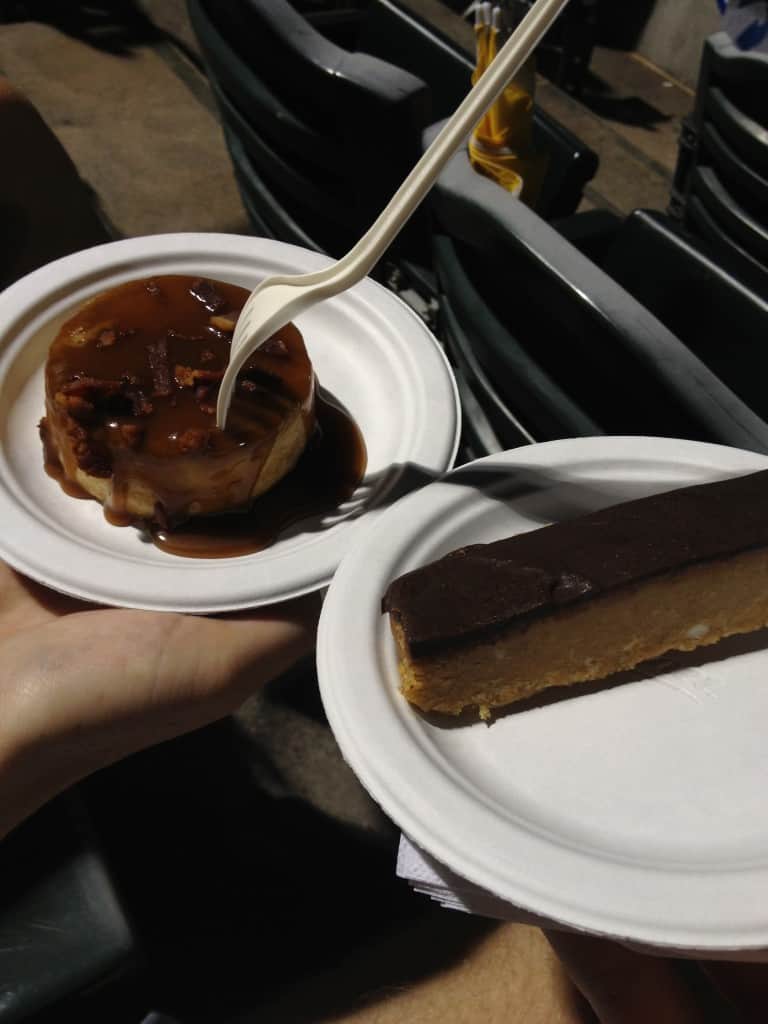 Sorry we don’t have any better pictures of the whole scene… see above warning for the reason why! 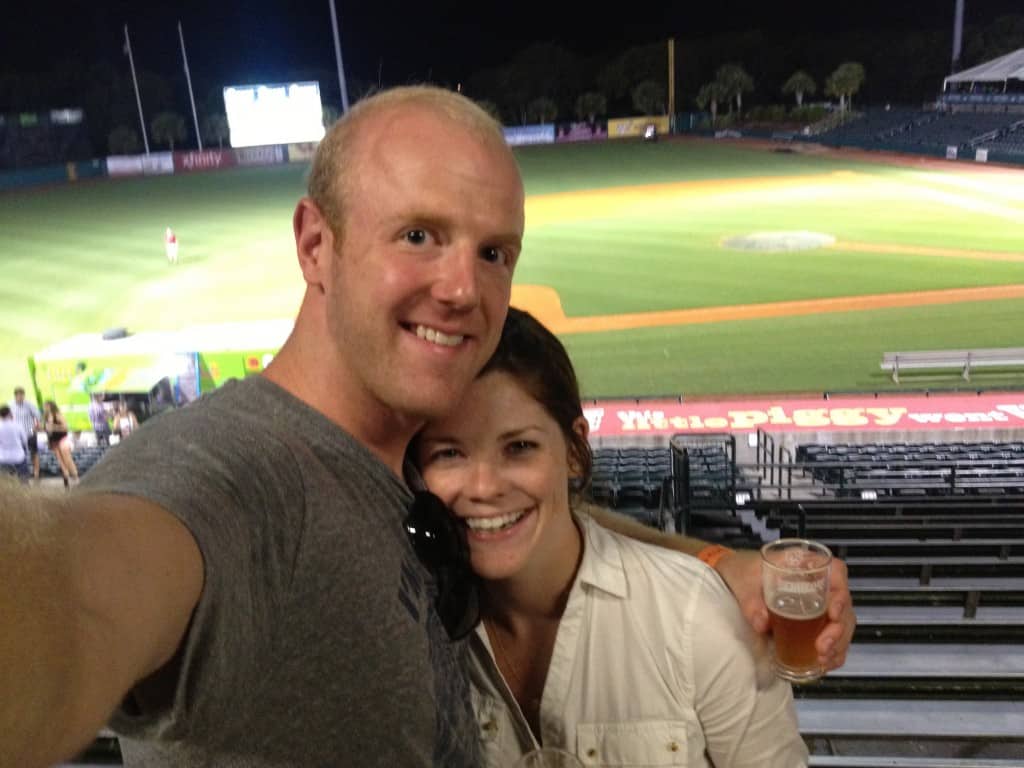 Overall we had a blast. We had a lot of beer, saw a ton of people, ate great food, and had loads of silly fun. We totally recommend that you attend this event!

Have you ever been to a Beer Festival? Tell us about it!