Not all the home improvement work we do can be done at our house! Sometimes we like to pull a Lebron James and “take our talents to South Beach,” except in our case South Beach is our friends John and Danielle’s house where they are renting a house with a small backyard and wanted somewhere to entertain people, aka- us!

Their neighbor, who owns the house they rent, recently finished some outdoor work themselves and John asked if he could used the leftover blocks to build a patio in their yard. The guy was totally fine with John adding to the value of his house and said, “sure, but it’s on you to build it.” So he recruited me… on the hottest day of the year. 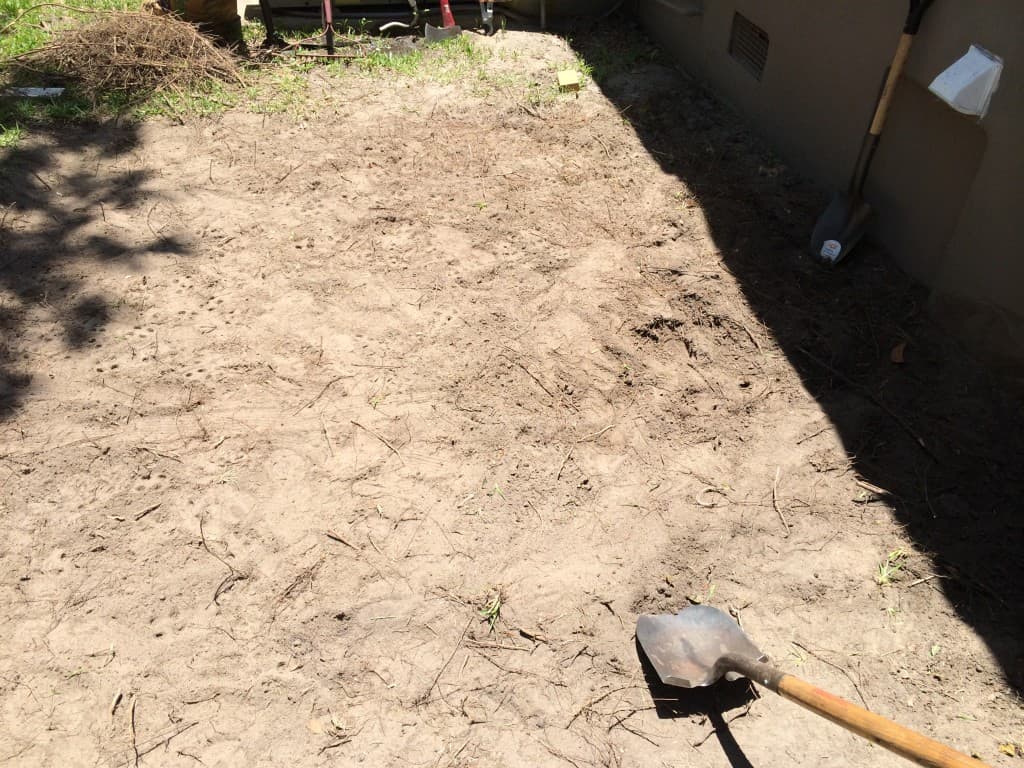 We started out by doing some math of how big the patio would be and cut out the grass and roots to form a perfect square. 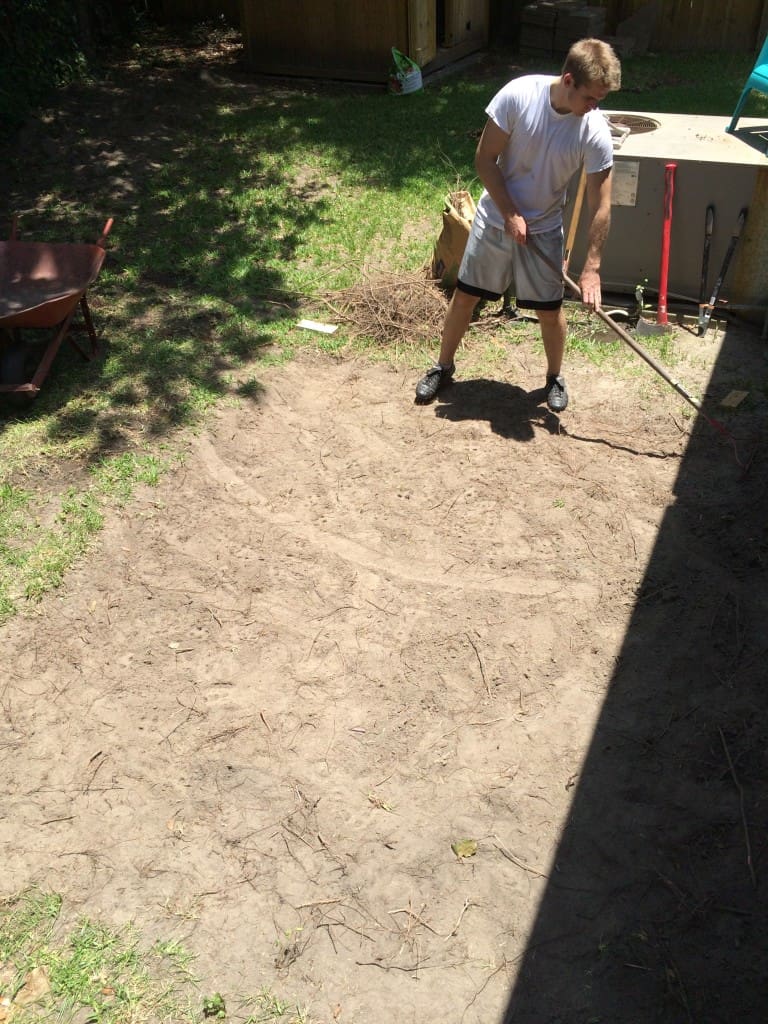 Next, we used our Hulk smash skills and used a stamper to flatten out the entire area. We lightly hosed down the dirt and then did several passes to make it level. 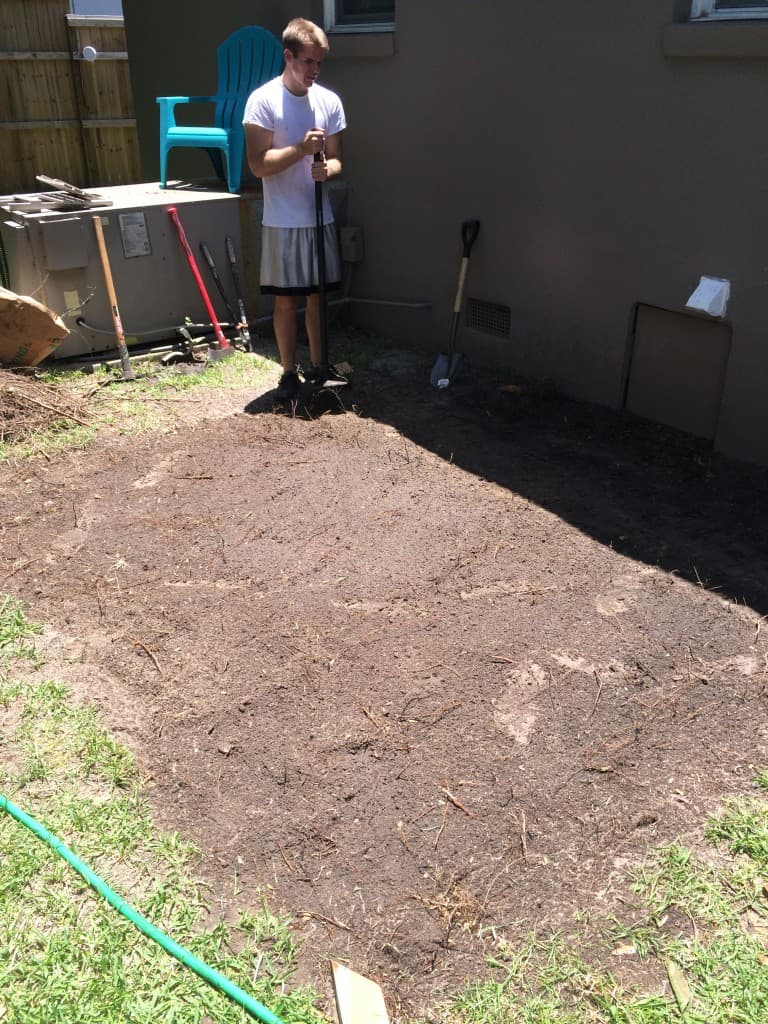 Then was the easy part- carrying 21 blocks into John’s yard and putting them perfectly in place. Note the sarcasm as they each weighed about 50 pounds. Also, I forgot to mention that I had run a triathlon that morning! 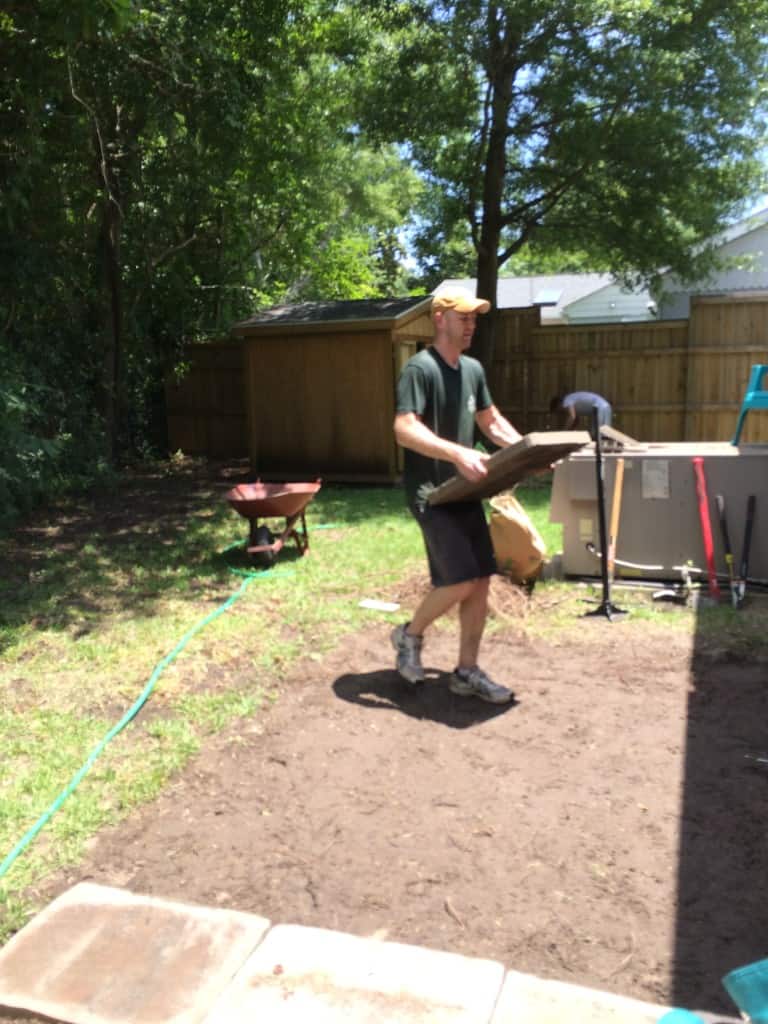 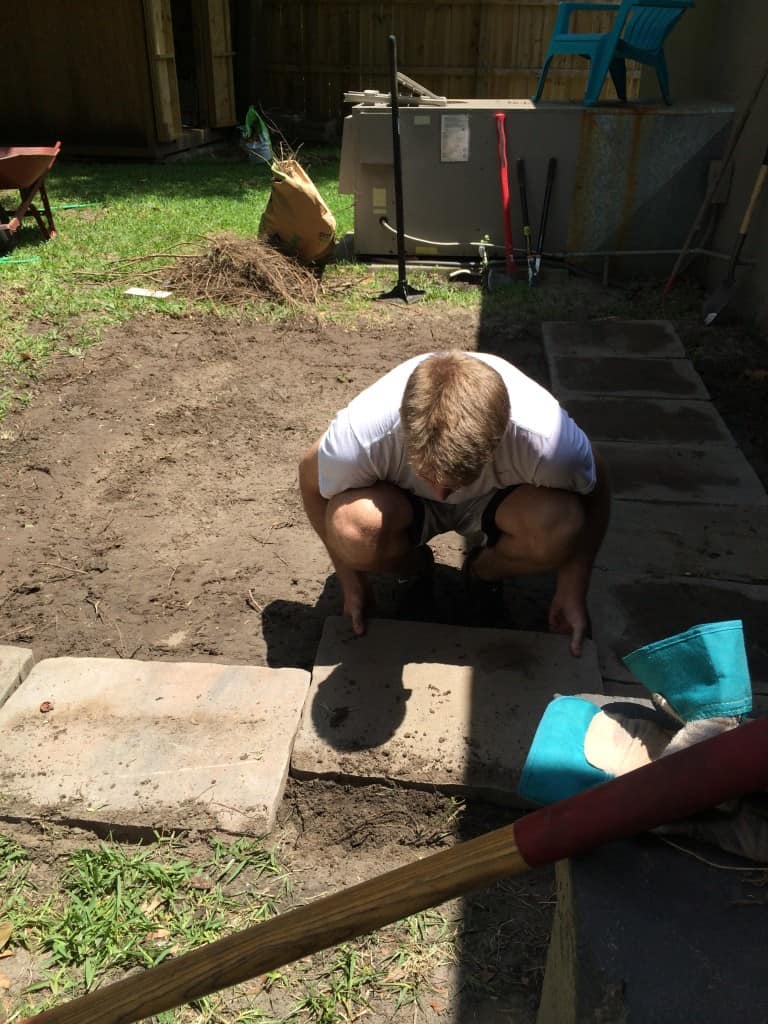 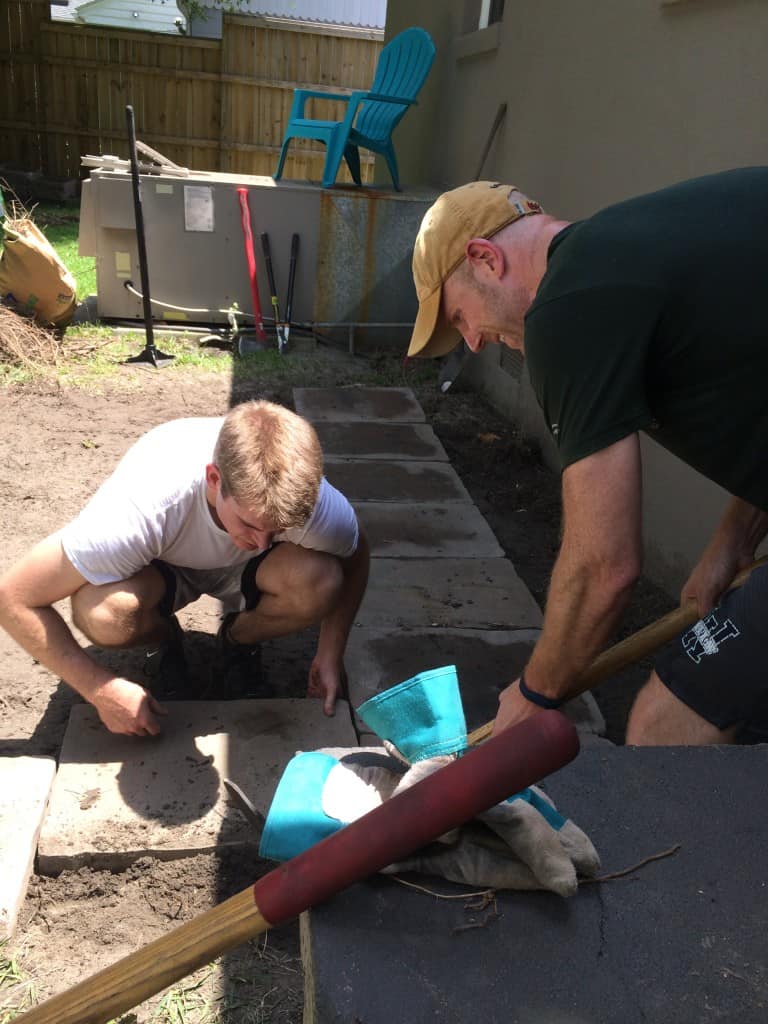 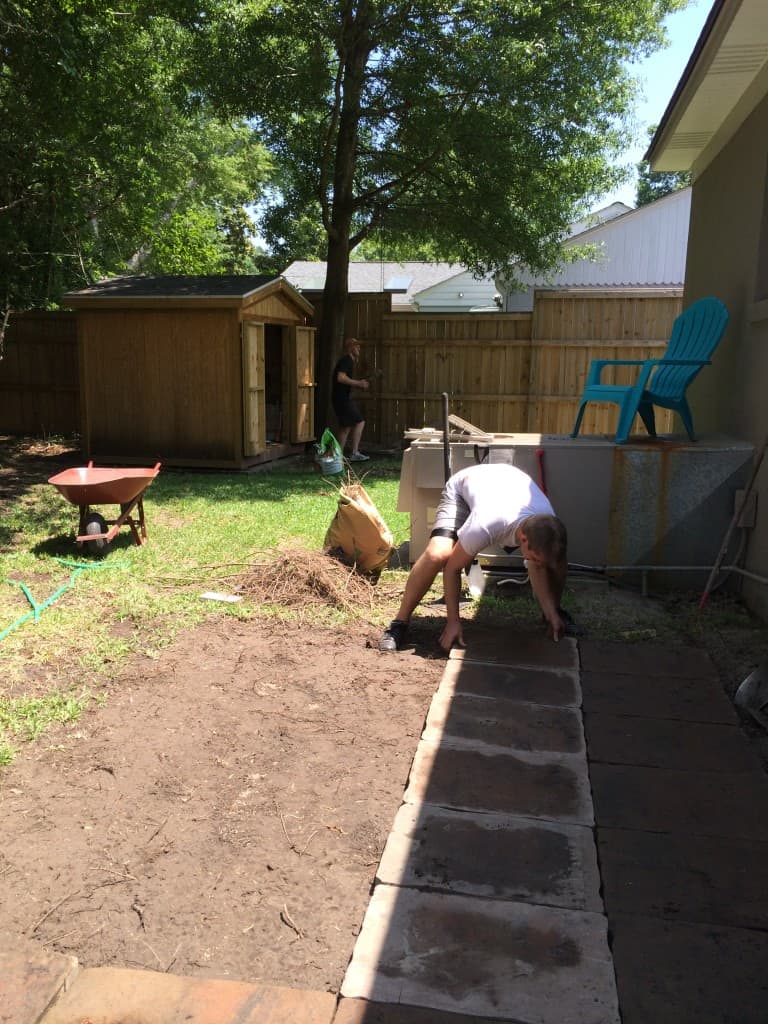 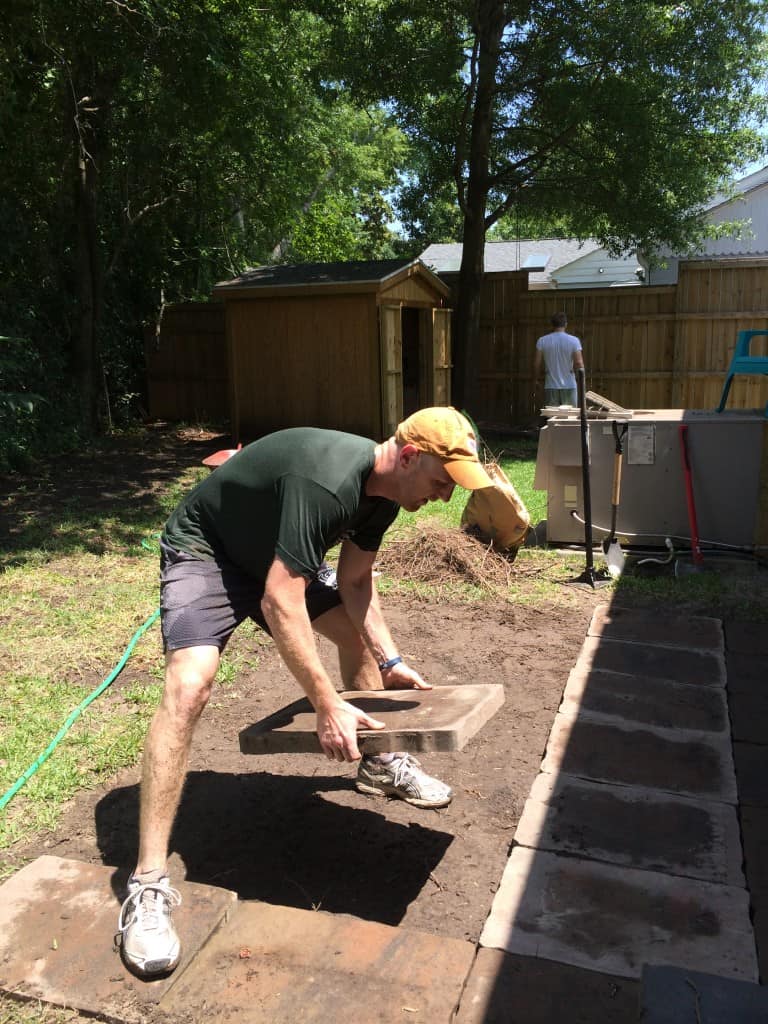 Once they were all laid, we did some final leveling on ones that weren’t perfect and then “grouted” in between them using dirt to pack them into place. 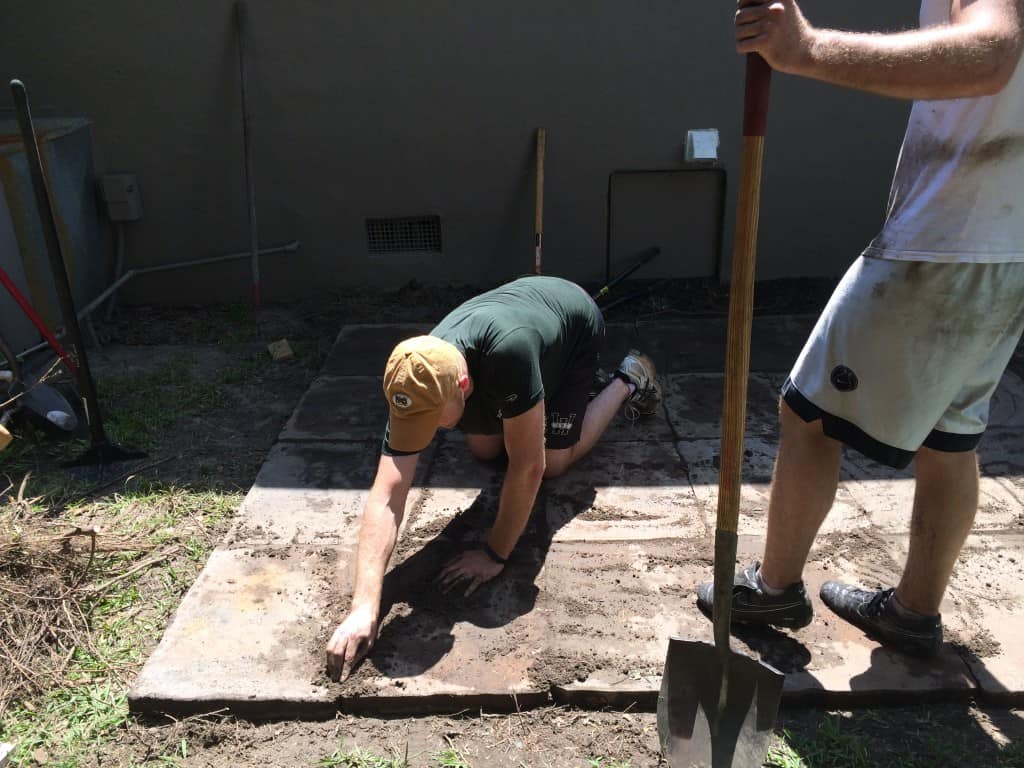 The last step was spraying it all down and putting on the grill and furniture! Before I forget, let me tell you that Danielle was an awesome foreman. She took great pictures and brought me Gatorade. 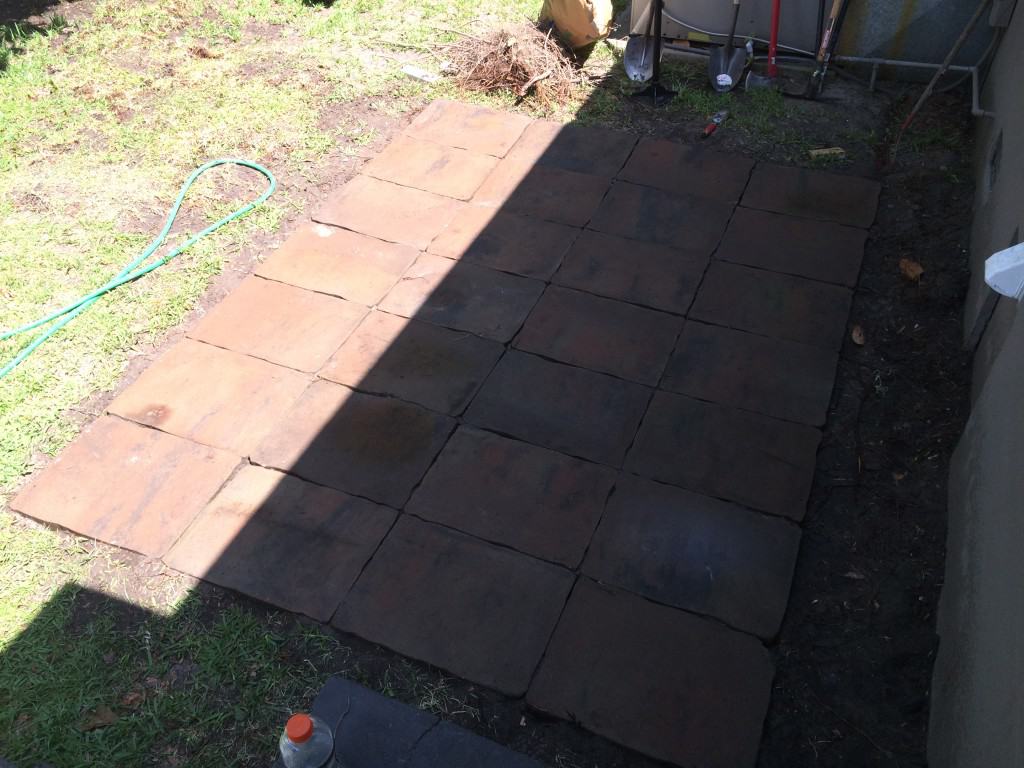 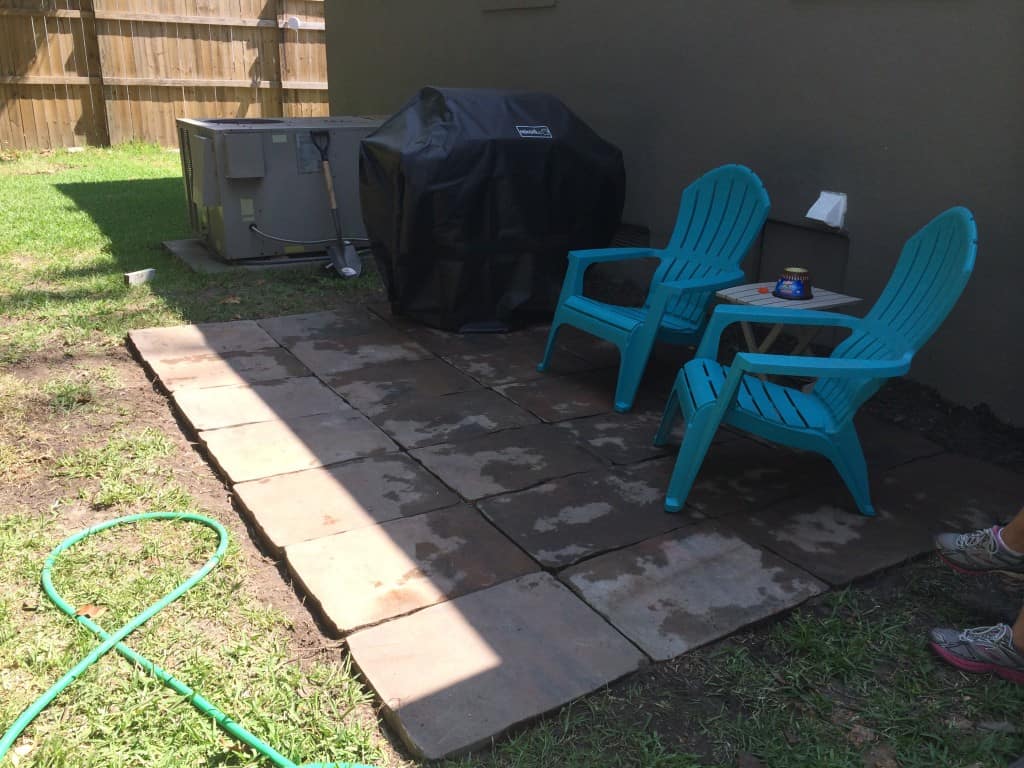 They have since gotten an awesome picnic table to make the space super inviting. It’s a great place for entertaining, especially since they owe me some meals now!

that patio looks so nice! your post made it sound easy but I'm sure it was not at all !xx, kenz http://sincerelykenz.com

Looks like a lot of hard work - but it will definitely be worth it in these last few weeks of summer :) -Liz www.TheCleanEatingCouple.com