Want to update your ceiling fan? Here are some easy ideas to make them more stylish!

If you read a lot of DIY or decorating blogs you probably know that most design minded people hate two types of lights – the boob light and the ceiling fan. I think that every single light in our new house was a boob light or a ceiling fan, and while we are working to replace a lot of them, some are going to stay.

The thing is, I don’t know how you can sleep in the south without a fan! Yes, we have AC, but sometimes (like right about now) you need that cool breeze at night. 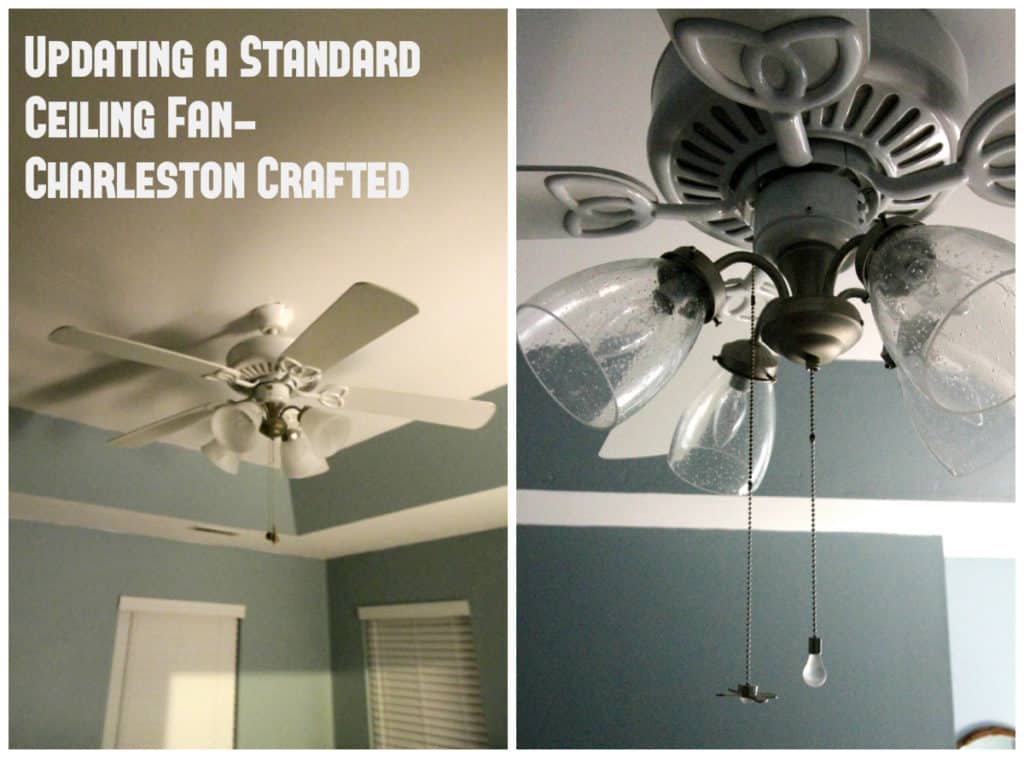 Some of the fans in the house need to eventually be replaced – A lot of them don’t have light kits, which just isn’t practical. However, the one in our bedroom really isn’t that bad. It works, has 4 lights, is solid white, and totally unoffensive. I knew that with a couple of tweaks I could make it great. 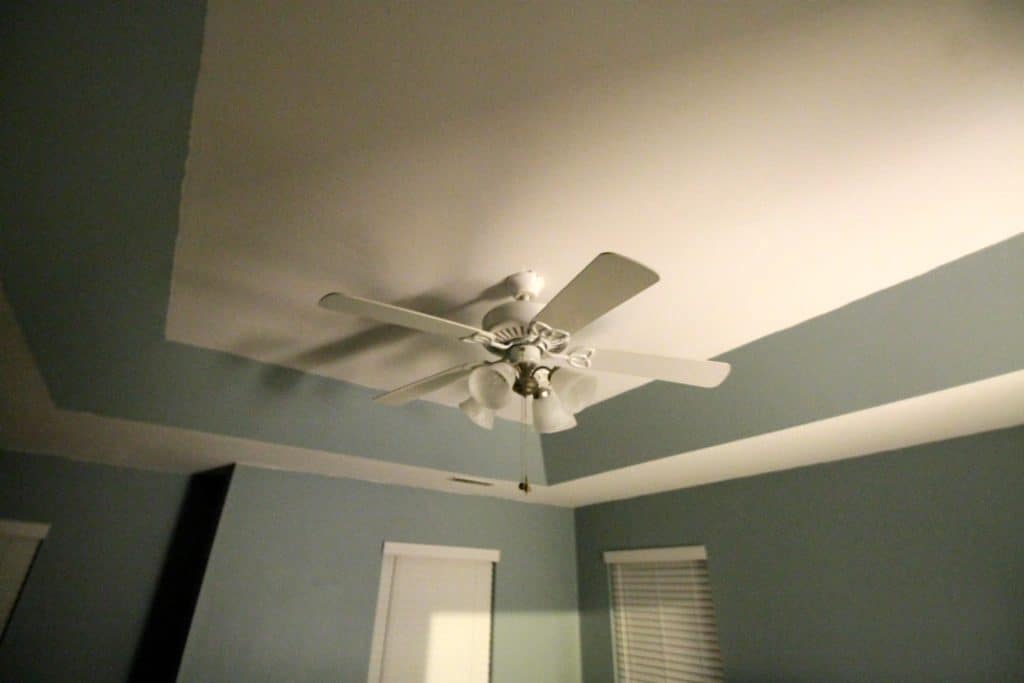 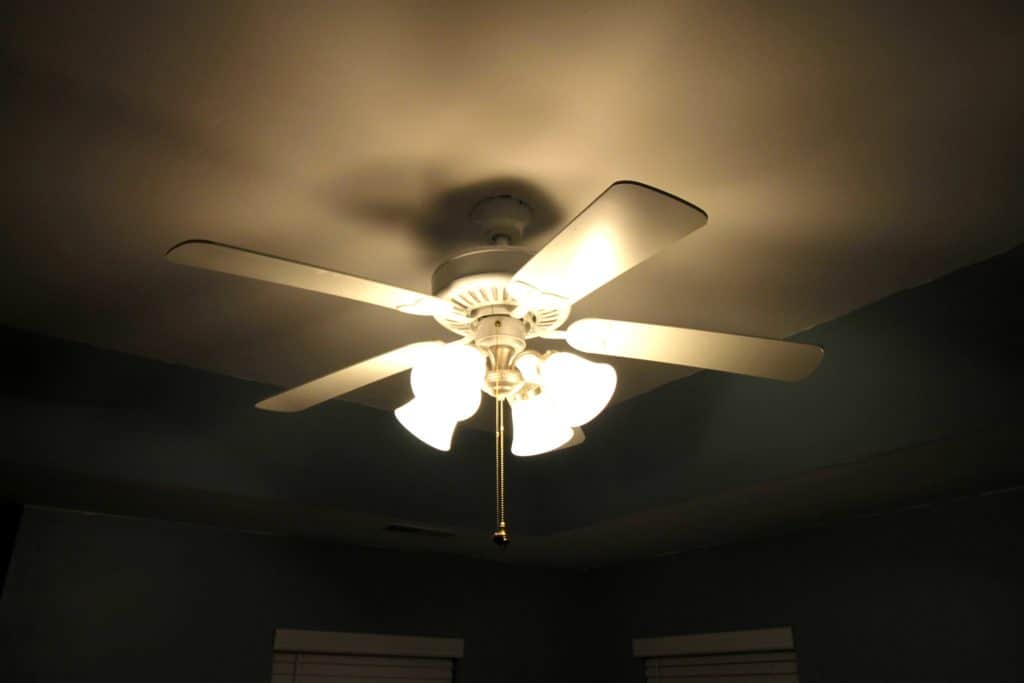 The first thing that I wanted to replace was the pull chains. For some reason the pull chains are brass! The part that connects to the fan is silver/chrome, but the end is brass. I guess that the ones that came with it were too short and the previous owner swapped in some pulls from another fan? 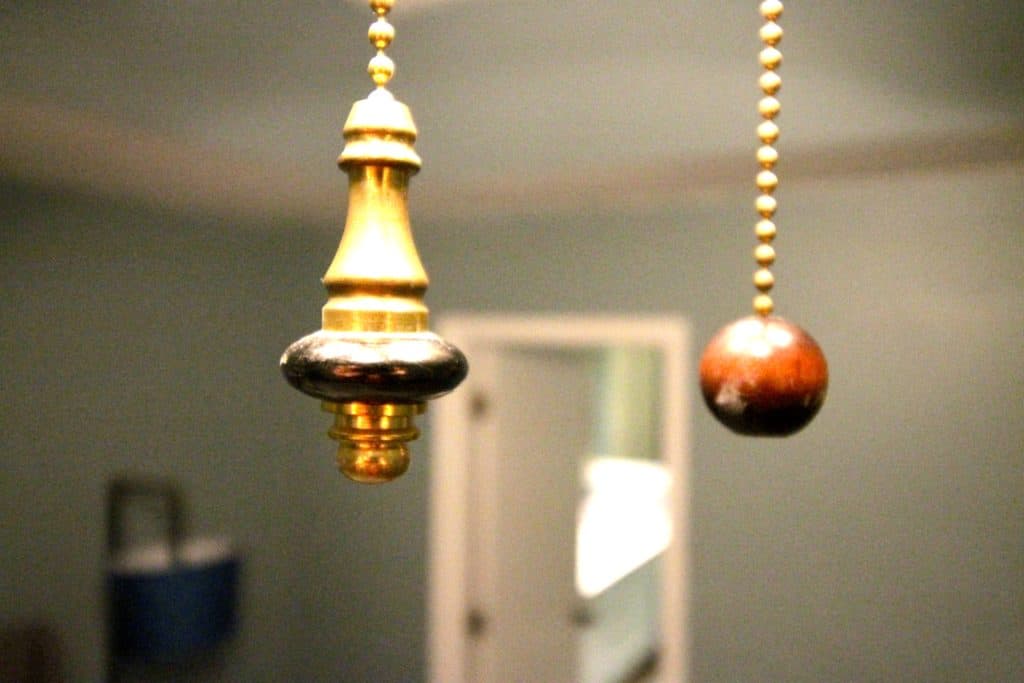 That’s just a guess. I ordered these pulls via Amazon Prime (so addicted!) They are slightly silly because the bulb side is for the light and the fan for the fan. But they are chrome and white and I think rather neutral looking from afar. Plus I can never remember which one is the fan and which is the light so this is dummy-proof. 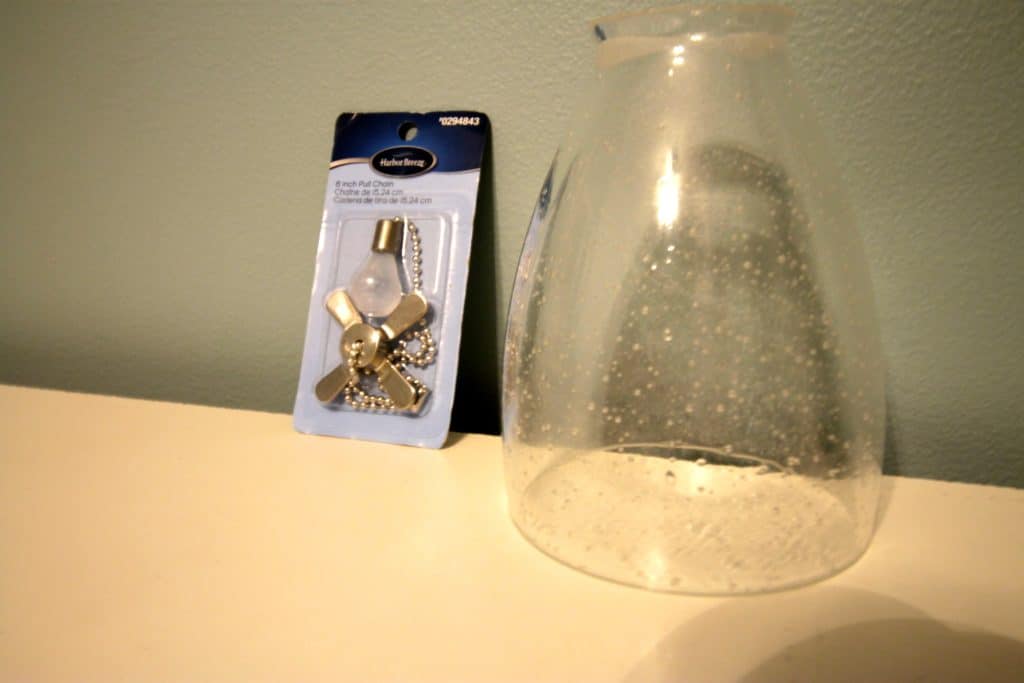 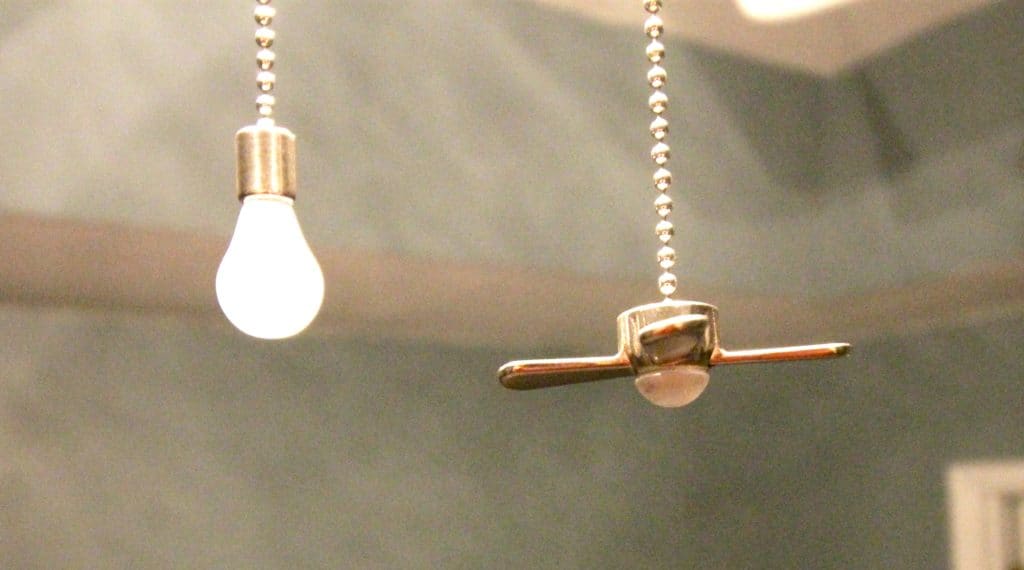 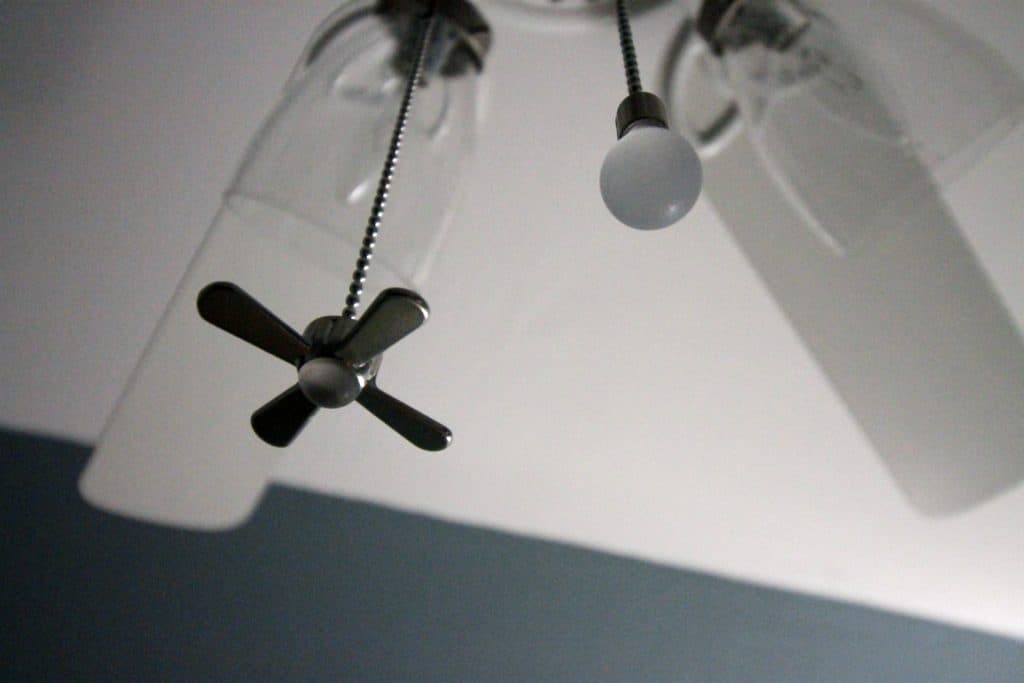 I also wanted to update the marbled-glass light shade covers with something more current. We chose seeded glass covers to tie in with the seeded glass knobs and light fixtures in the bathrooms (a reveal is coming soon, I promise! I just want to get all of the accessories in place first!) 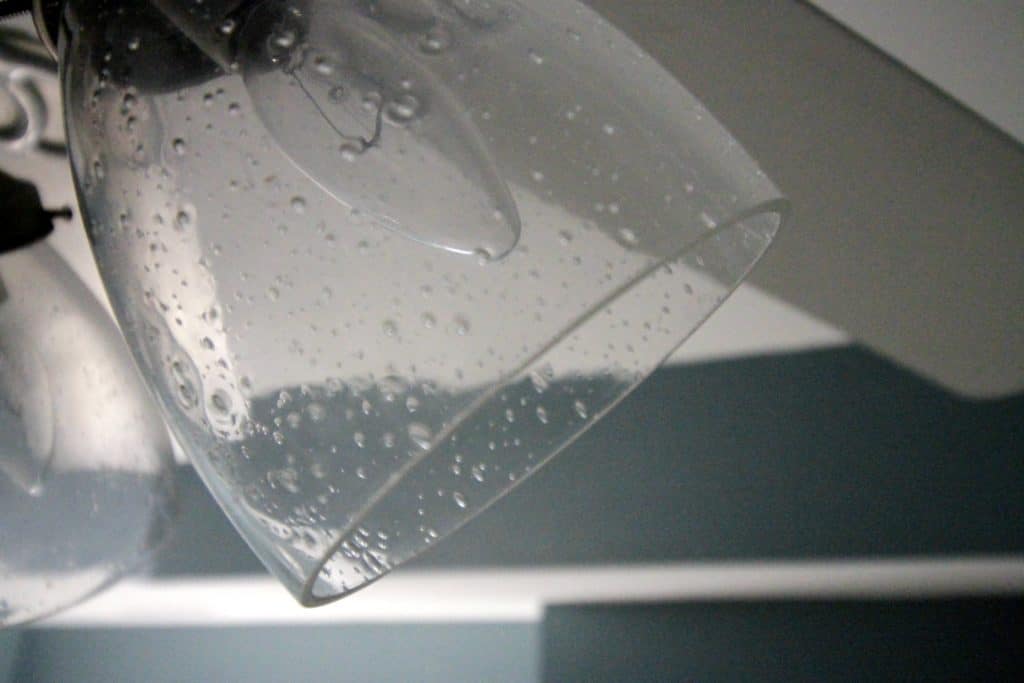 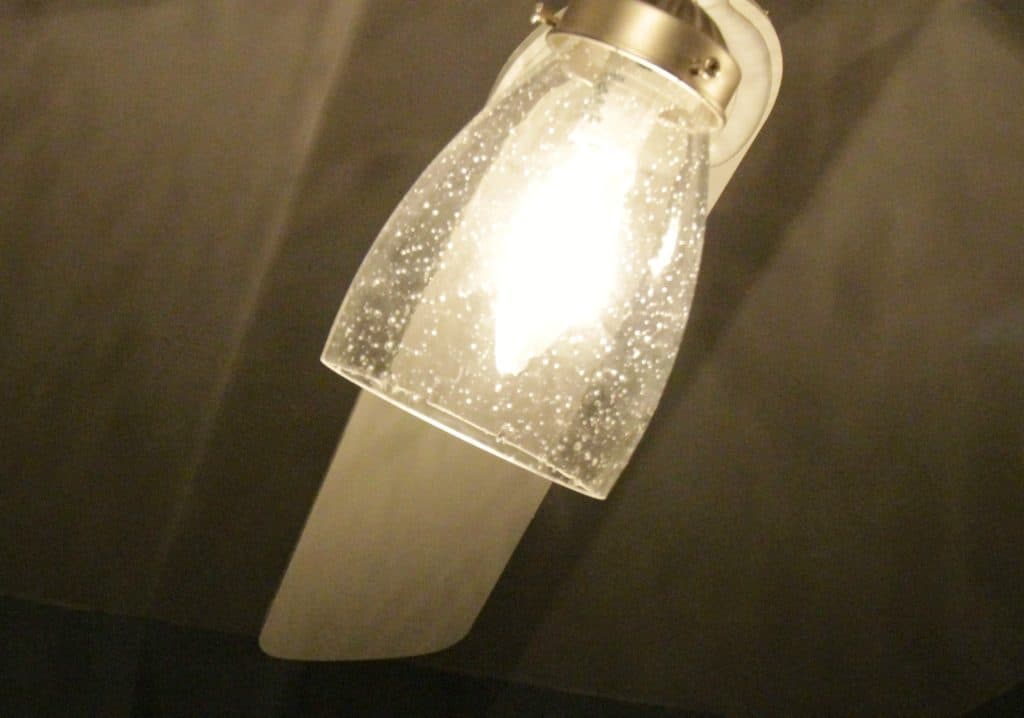 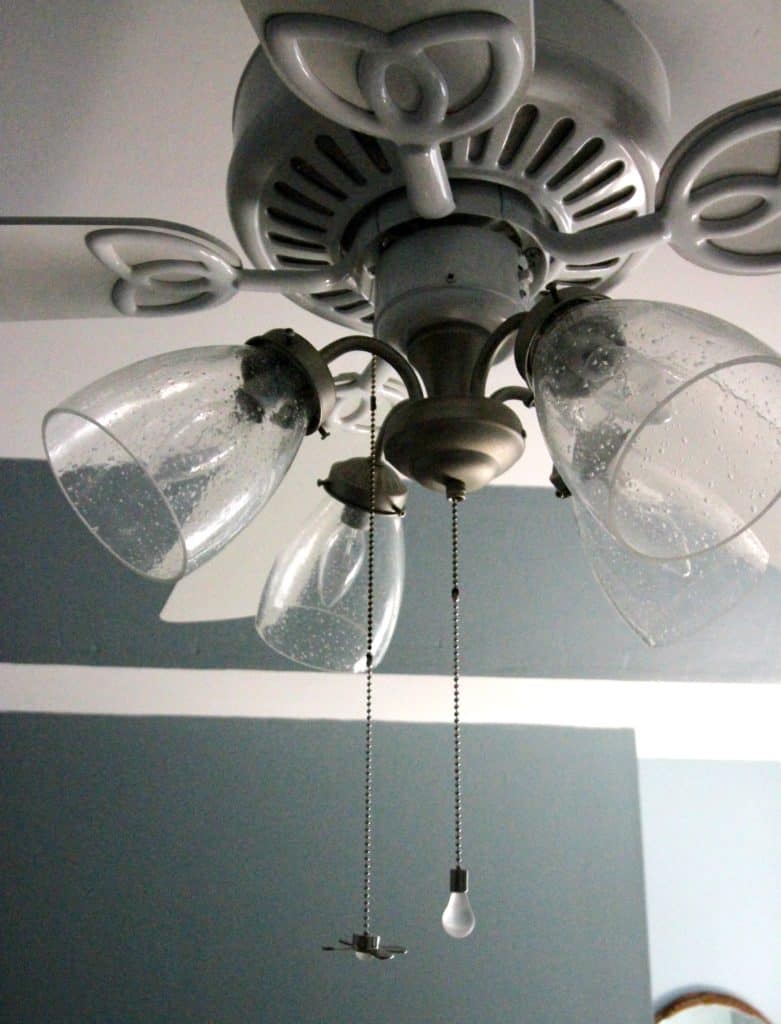 Plus I really love the spray of light the seeds in the glass put off on the ceiling when it’s lit! 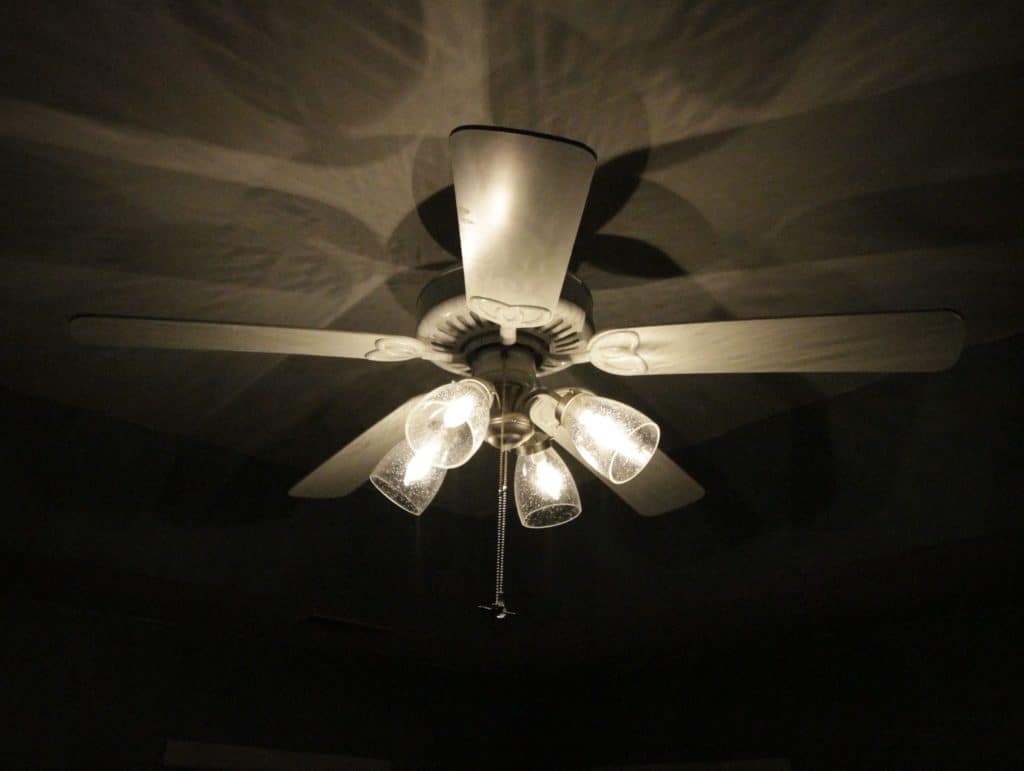 I love the final look and love that it was a super inexpensive way to make this functional fan more our style.

Ceiling fans can be very necessary but they don't have to be ugly. Here is how to update an existing ceiling fan on a budget.

Want to buy a new ceiling fan? I wrote a whole blog post about how to buy a stylish ceiling fan!

I want to hear how you feel about ceiling fans!

« Friday Five – My Skincare Favorites (via Amazon!)
I stripped for the first time this weekend… »