We’ve had contractors inside our house since last week doing a few projects and it’s time to give you a first look at what they’ve been doing! We’re super excited about our new open concept first floor and this is how it all started. Here’s a look at what the area looked like first. 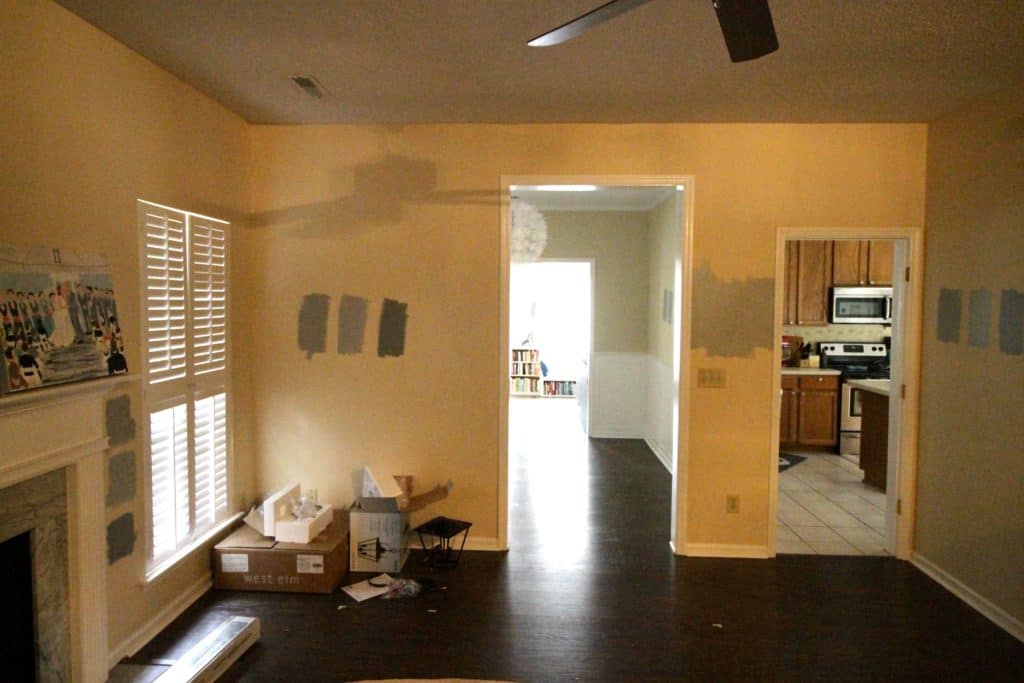 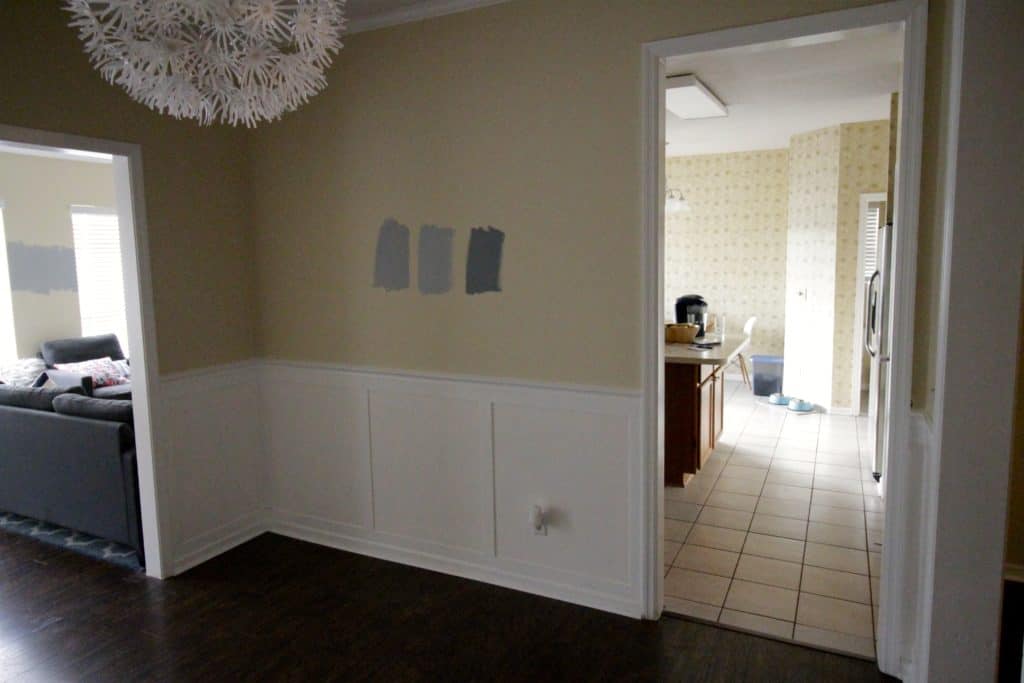 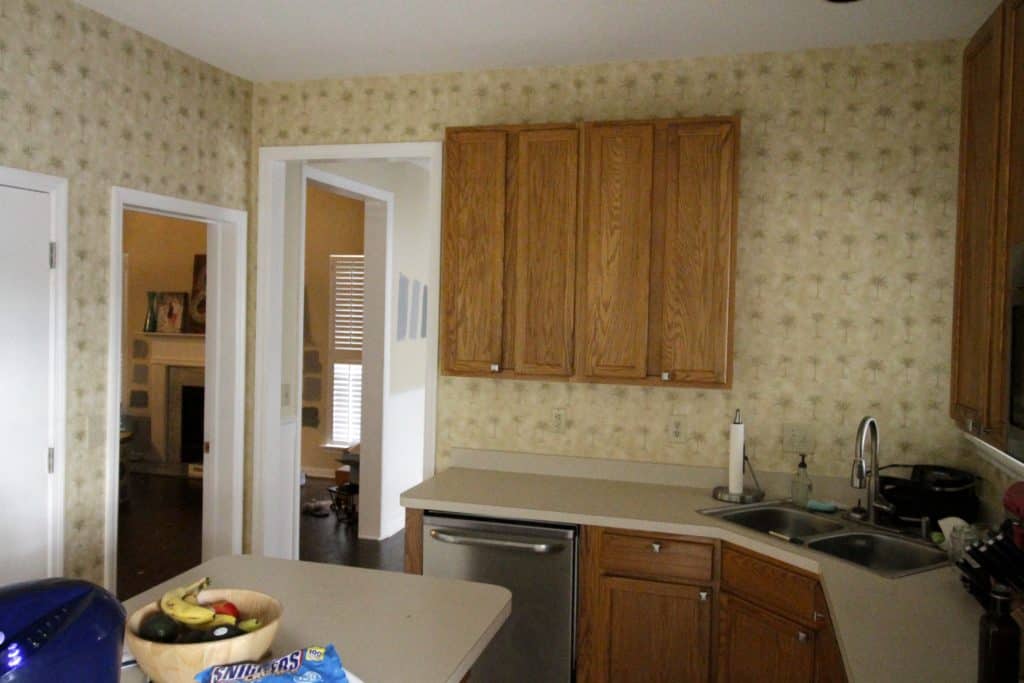 Day one was demo day. We hired Island Custom Remodeling to do the work and they showed up to tear down the walls on the first day. I worked from home that day so I could see how it all went and I was amazed at how quickly they got the walls done. It was just a matter of hours! 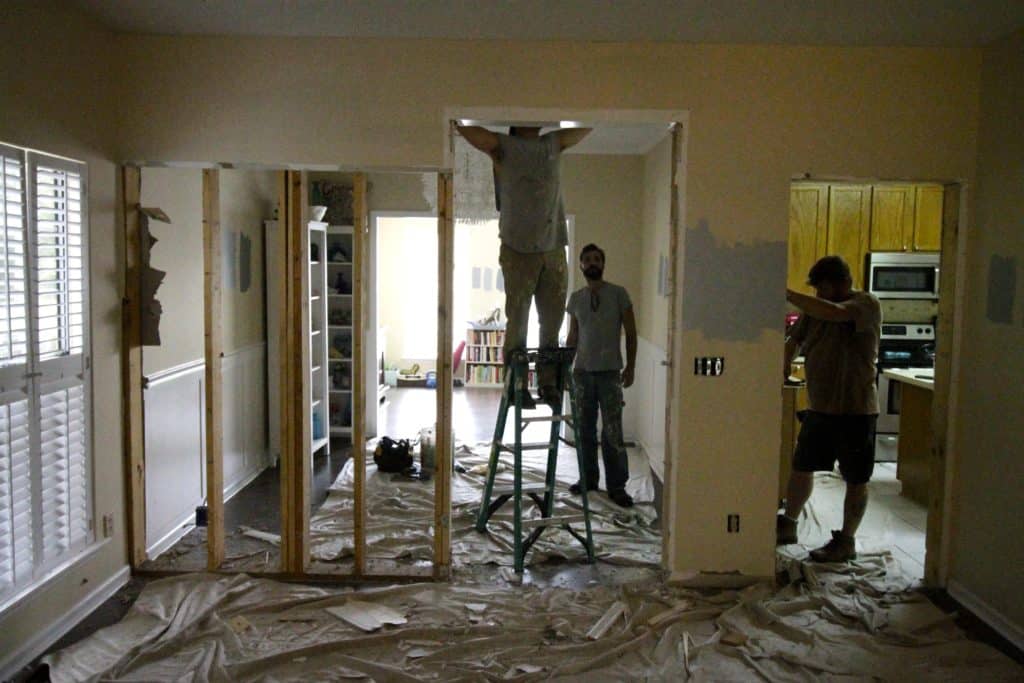 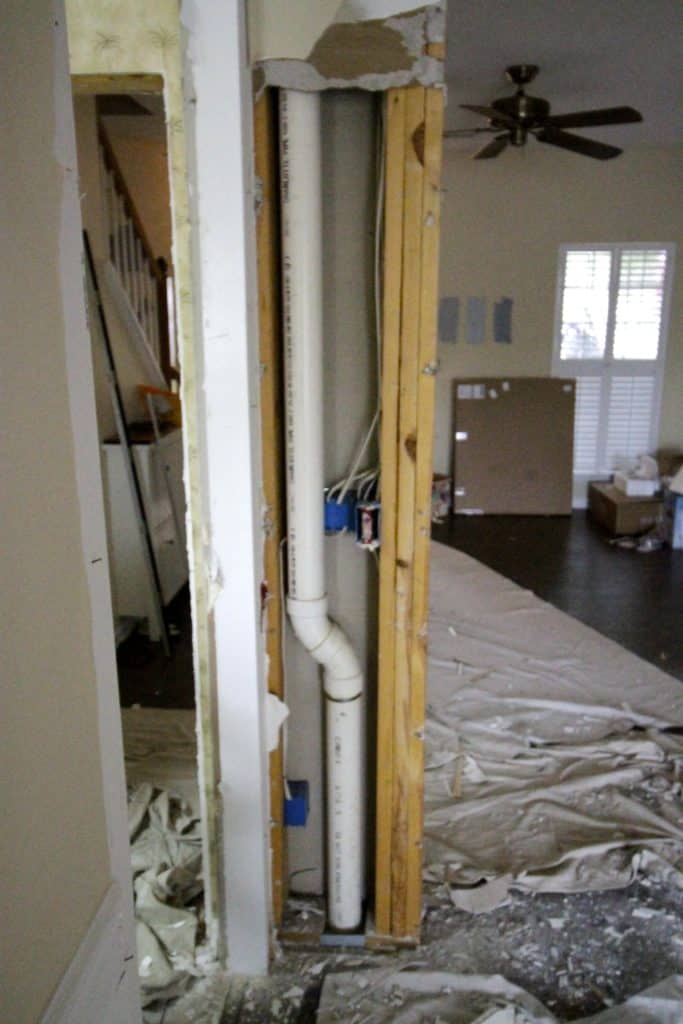 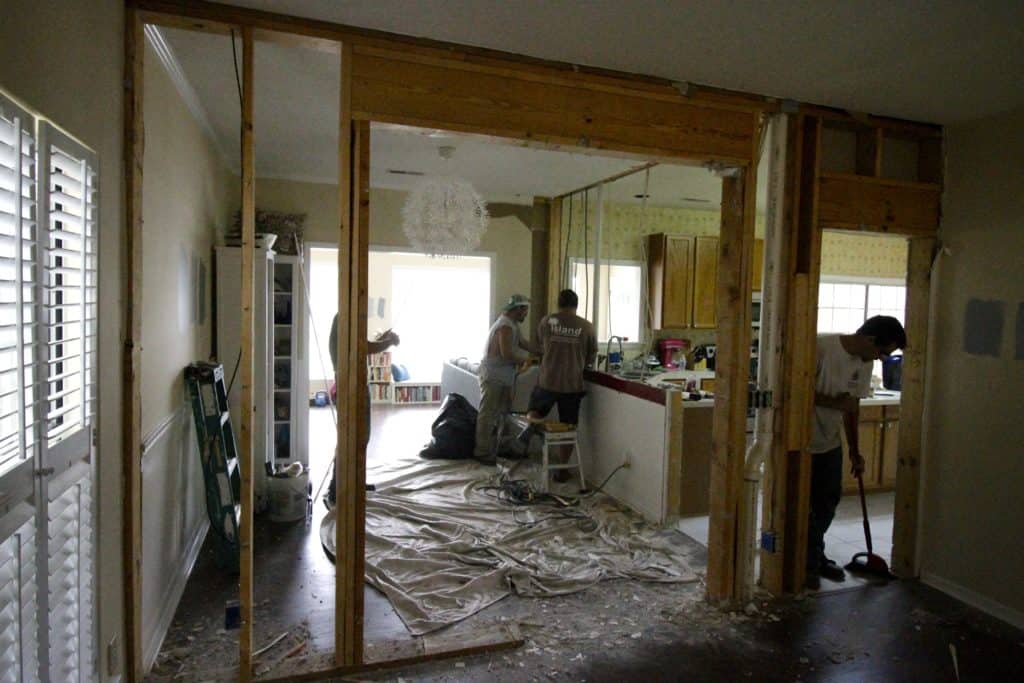 They started out by ripping out the drywall on the two walls. 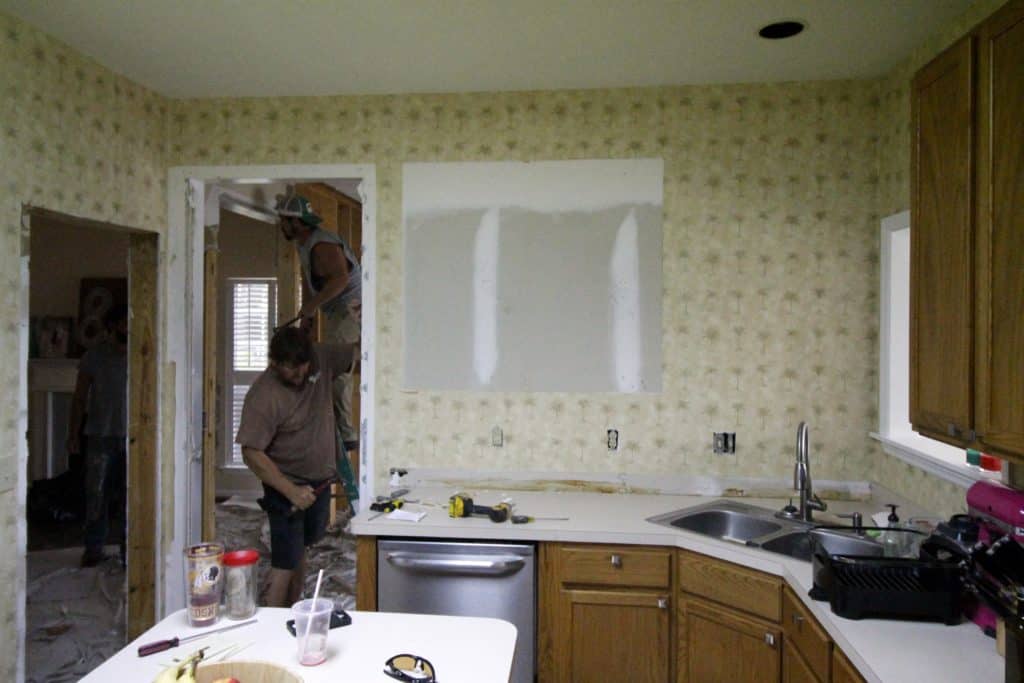 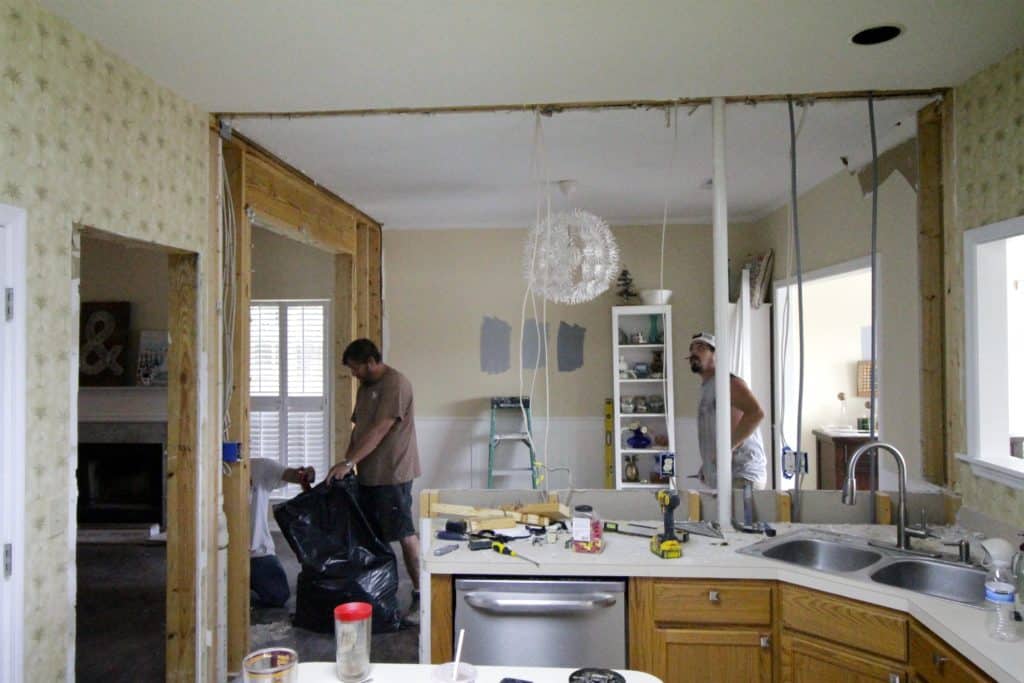 After the beams were exposed, they began to cut those down as well.

On the kitchen wall, they found some electrical wiring and water lines that they didn’t know existed there. They had to get a different guy in the next day to reroute those.

The big thing on day one was to install the new supporting beam across the middle of the room. We were losing the main support beam by taking down the wall between the front room and the dining room. Therefore, they had to take out the shorter beam and install a longer beam on new jack studs further apart. To do that, they had to set up two temporary beams on either side in order to hold up the second floor of the house. 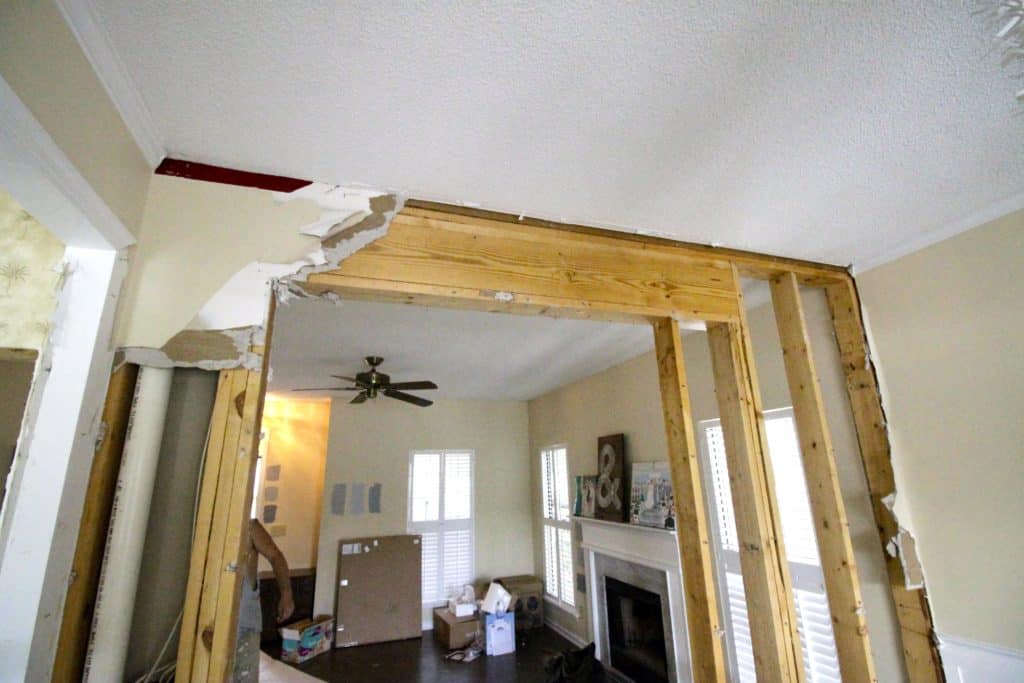 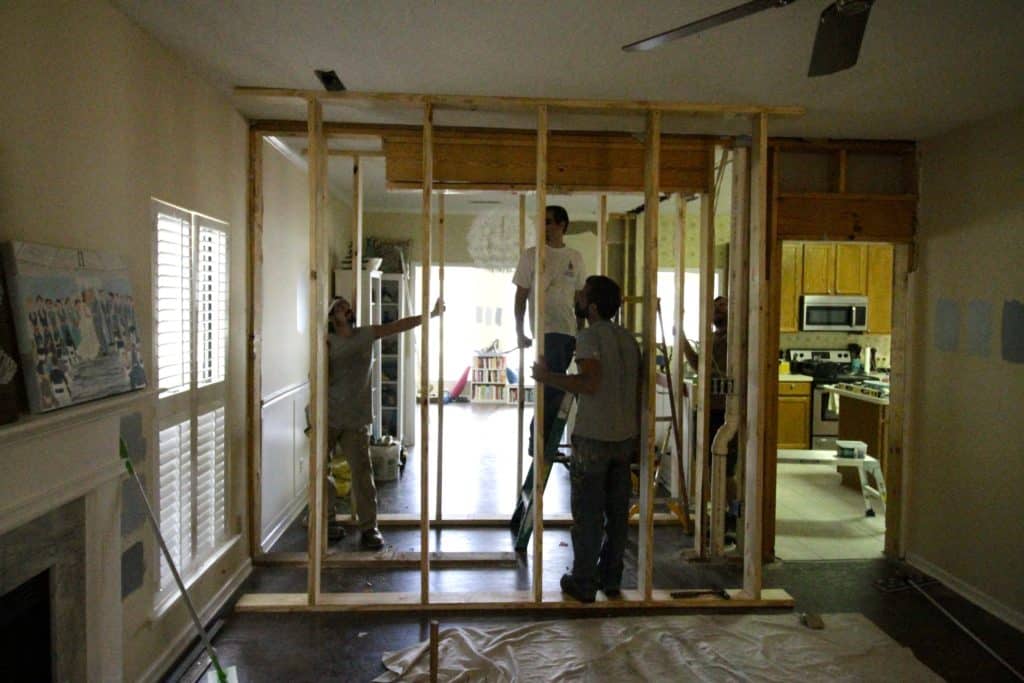 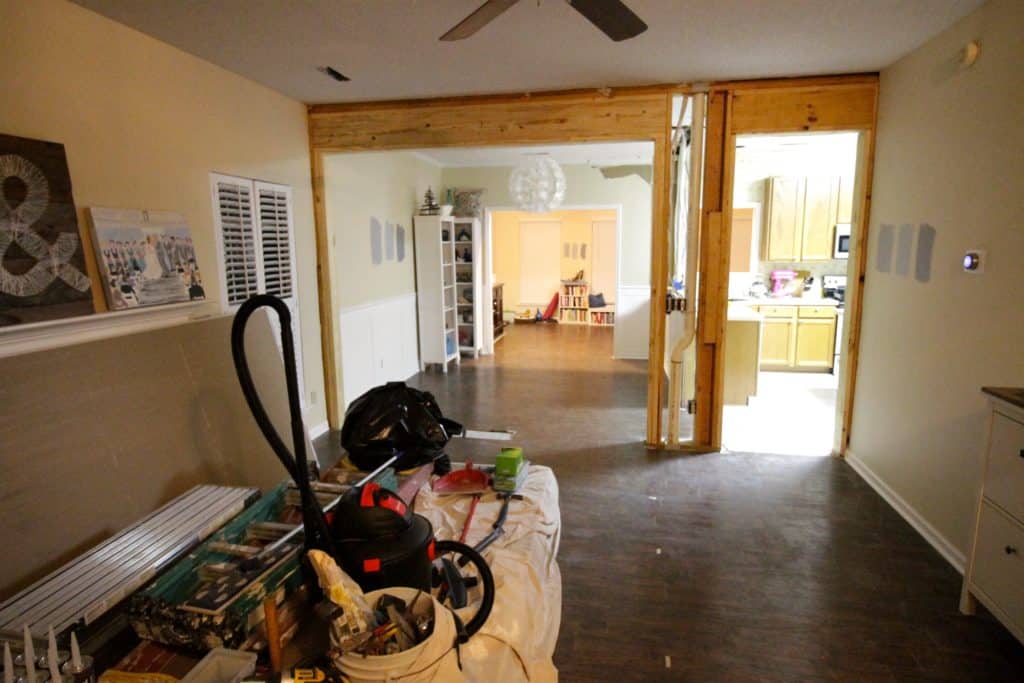 That was it for day one. The two walls got torn down re-supported and everything looked wide open! 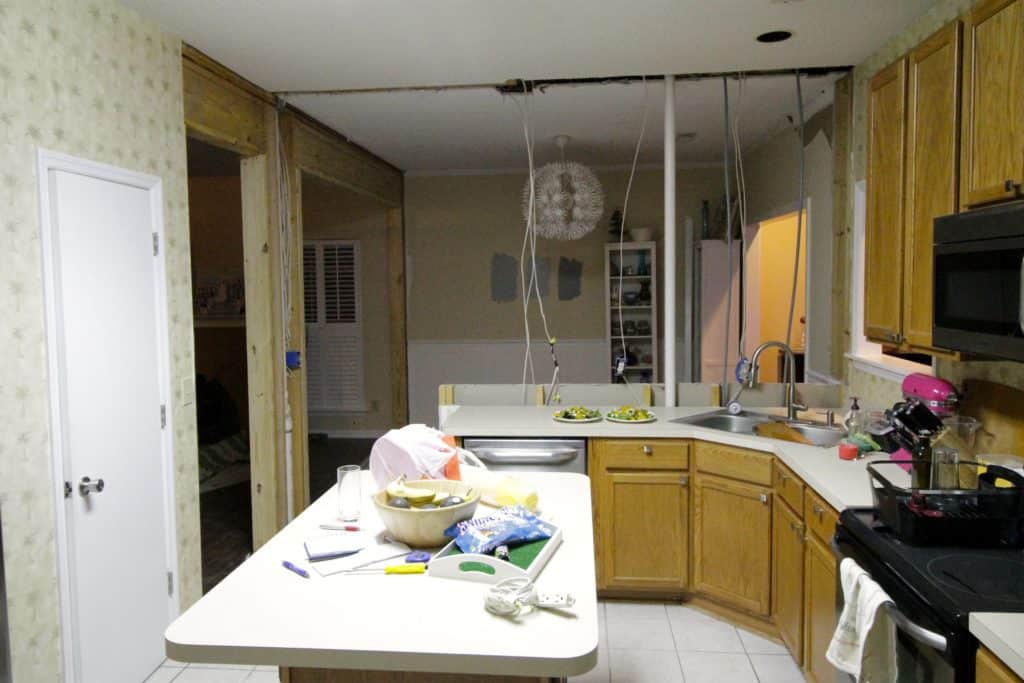 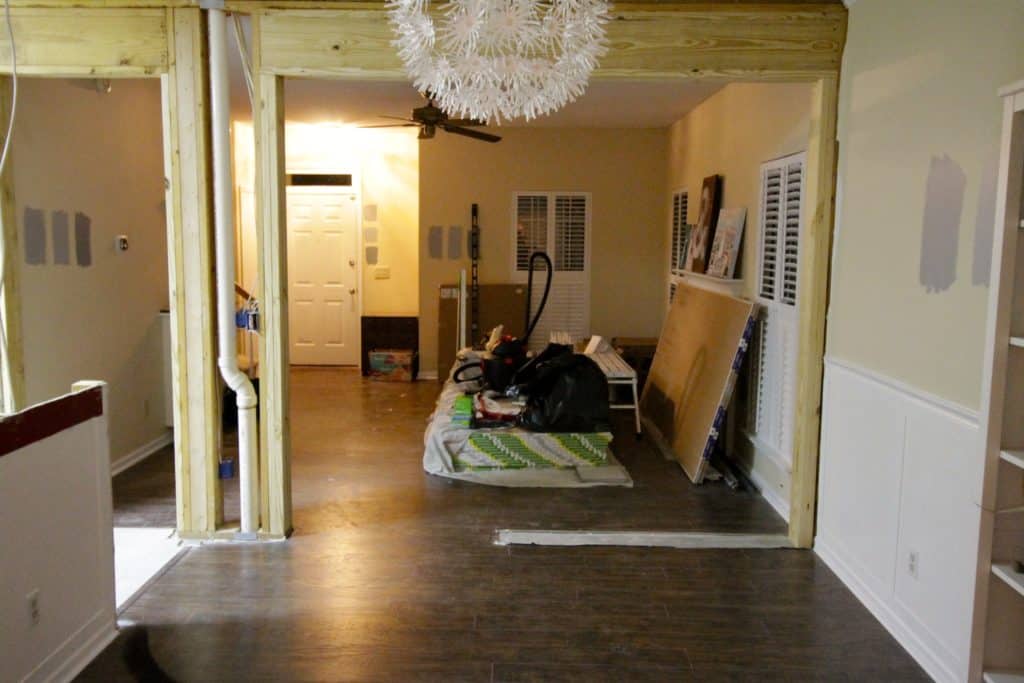 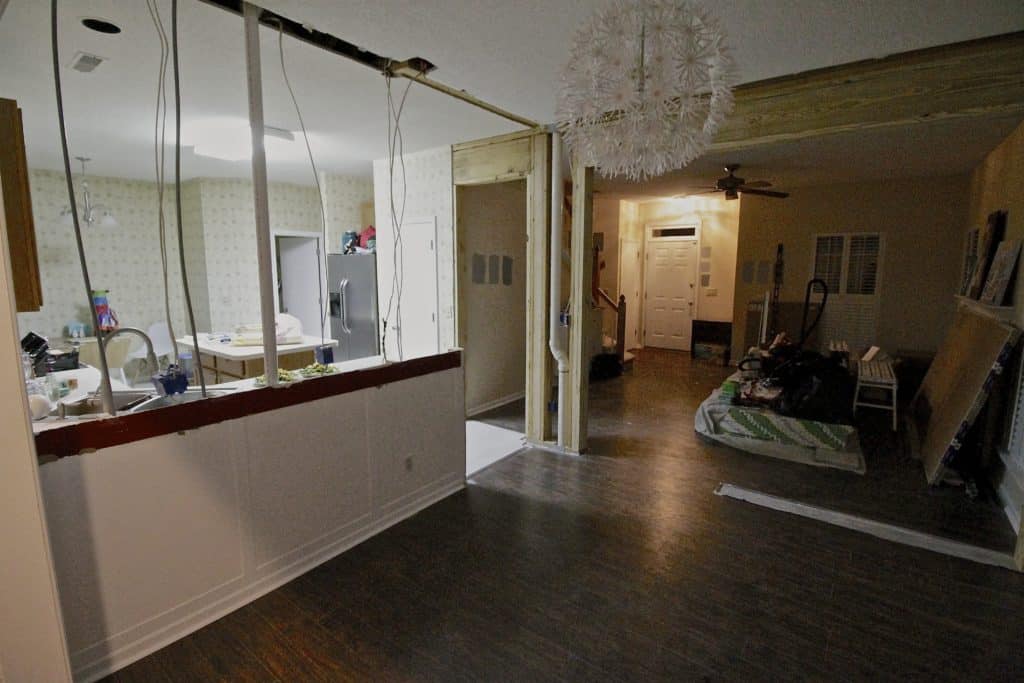 It was a great first day and set the tone for the reason we did this to begin with. Can’t wait to share more of the progress with you! 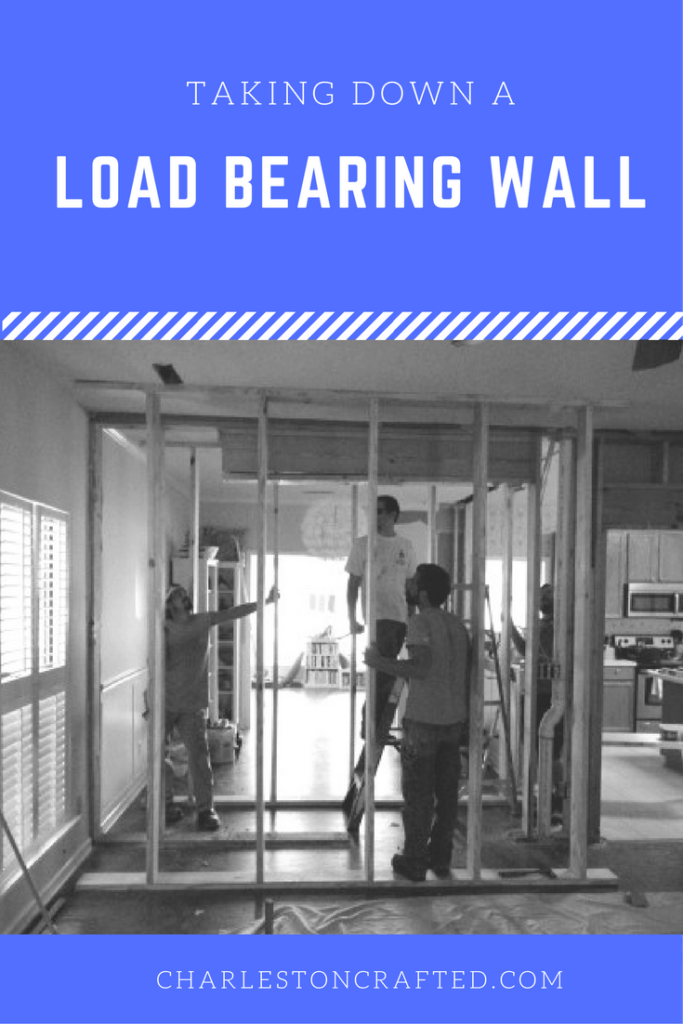