We started in the master bathroom by unloading each drawer one-by-one and throwing away things we didn’t need. 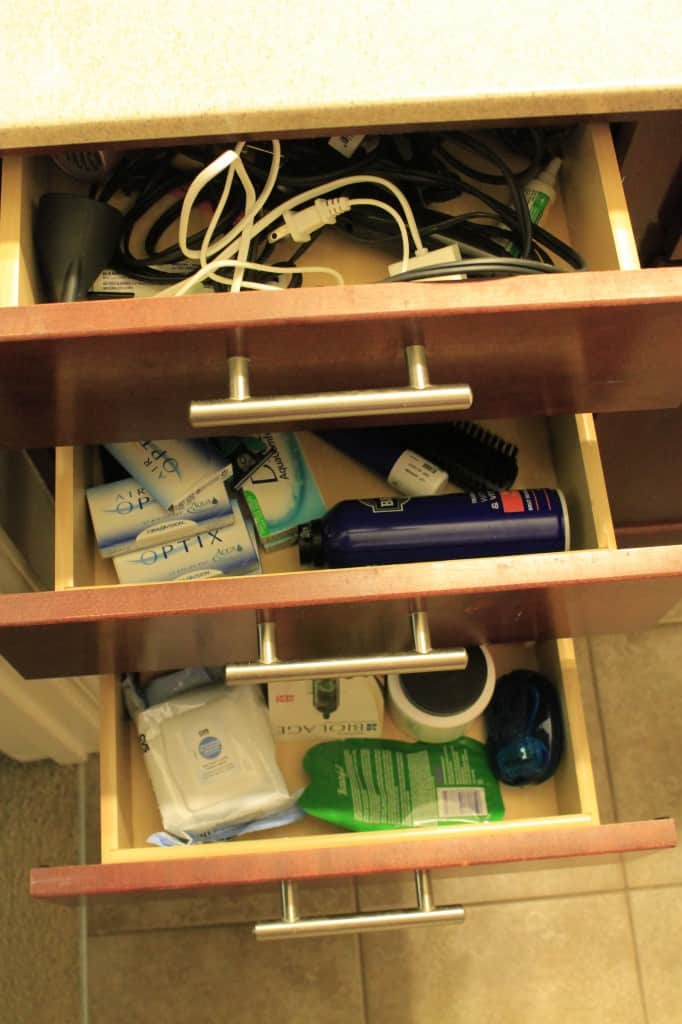 The top drawer had several things with wires and most of it we relocated and organized. 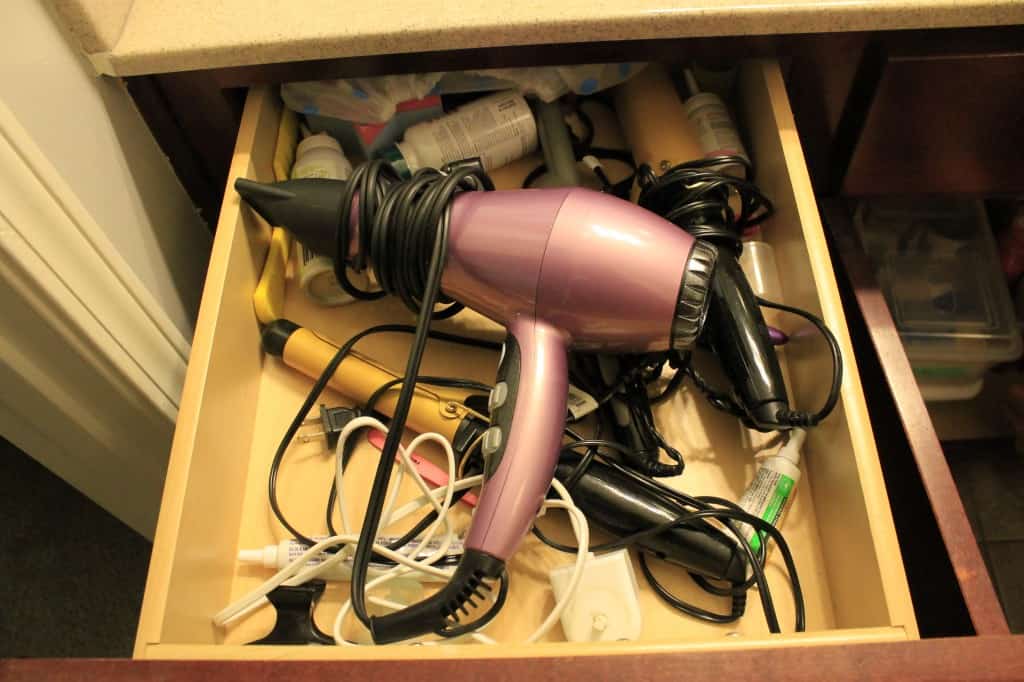 The next drawer had a lot of my extra toiletries, so we cut some boxes like we did when we organized the built-in desk and organized. I mostly had things that needed to be thrown away. 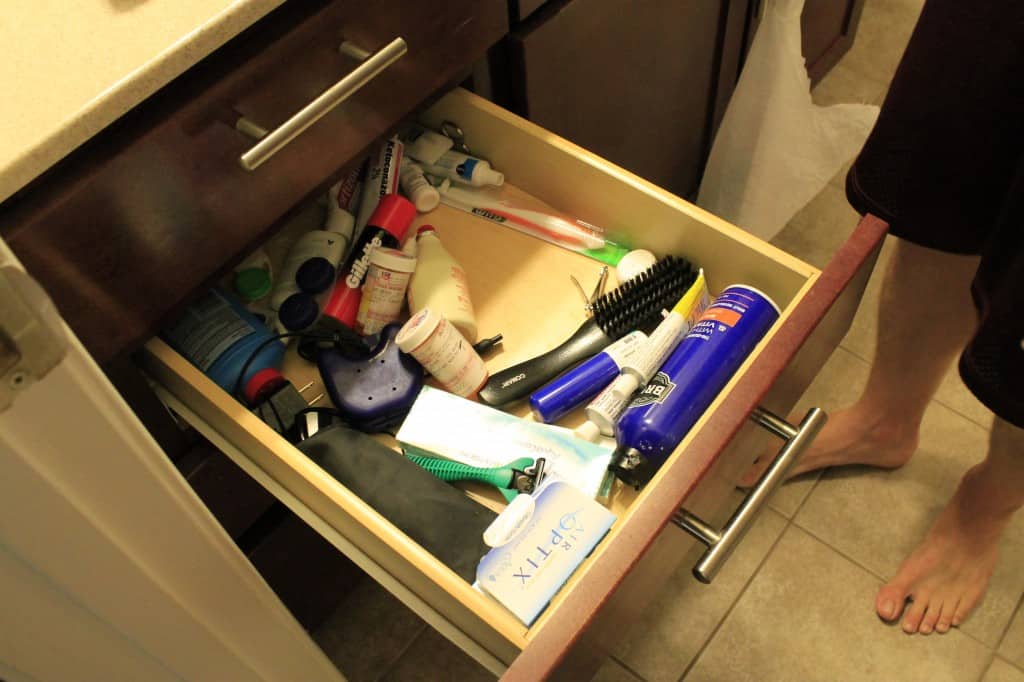 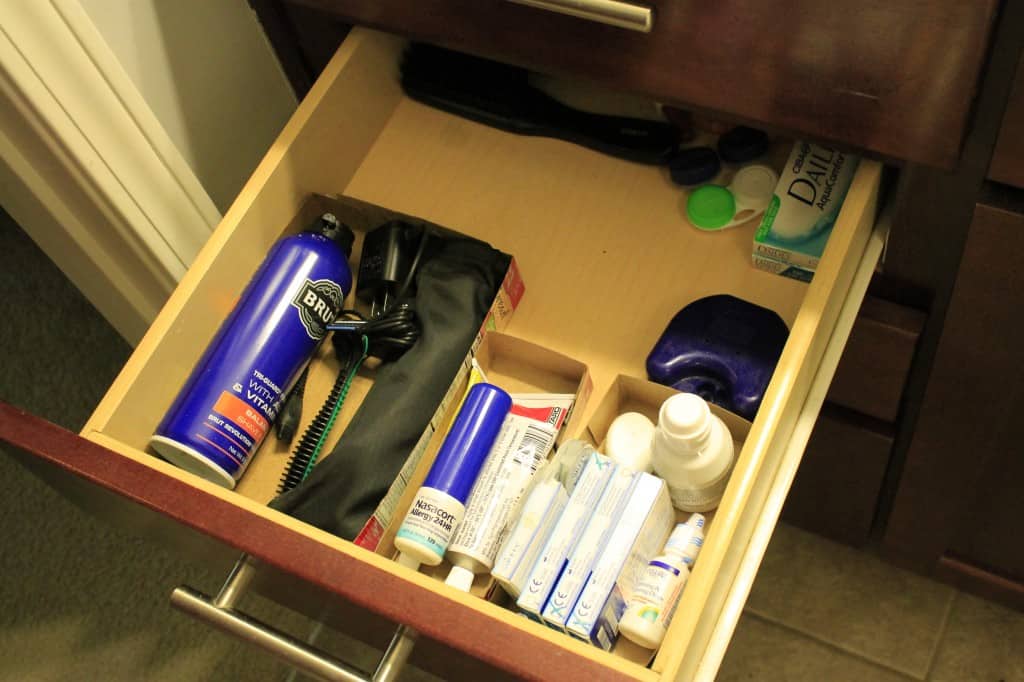 Finally, the bottom drawer had a lot of Morgan’s tanning lotions from back when she was addicted to fake tans. That was several years ago, so most of it was thrown away and we turned it into where our sunscreen goes. 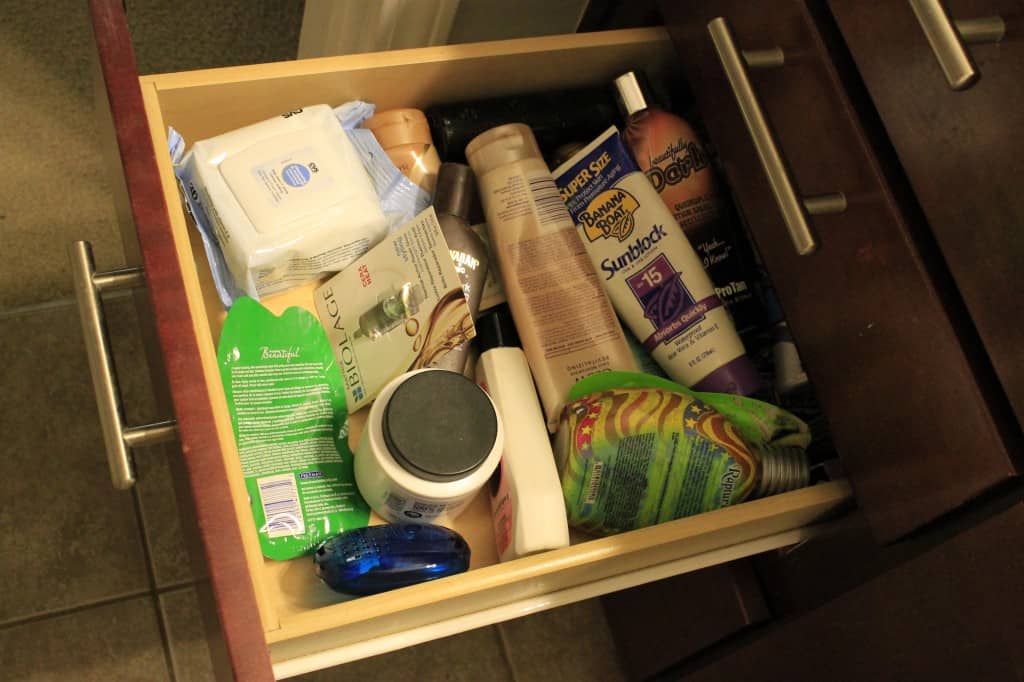 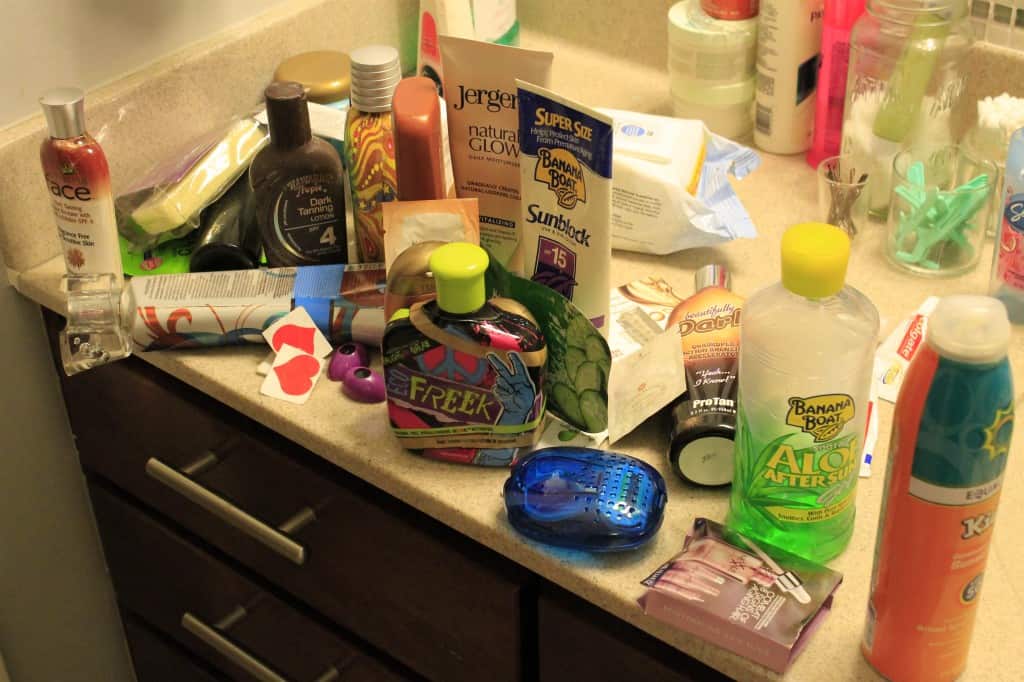 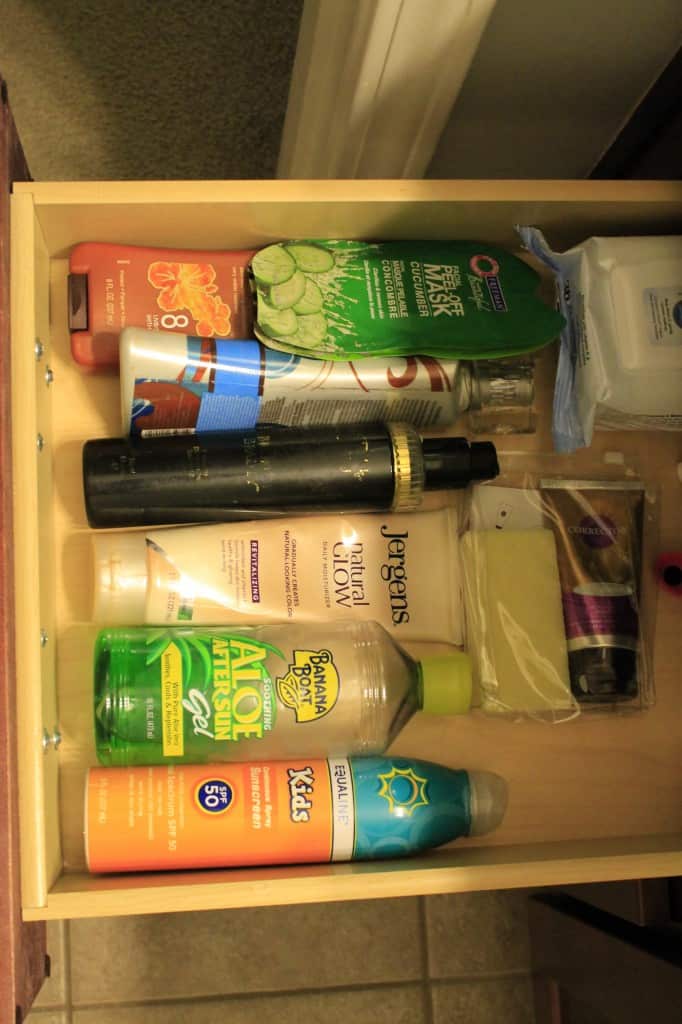 Then we turned to the guest bathroom where several hundred mini bottles from hotel bathrooms were being stored. We had to start by taking everything out of the drawers. If you ever visit us and forget something, we have you covered. 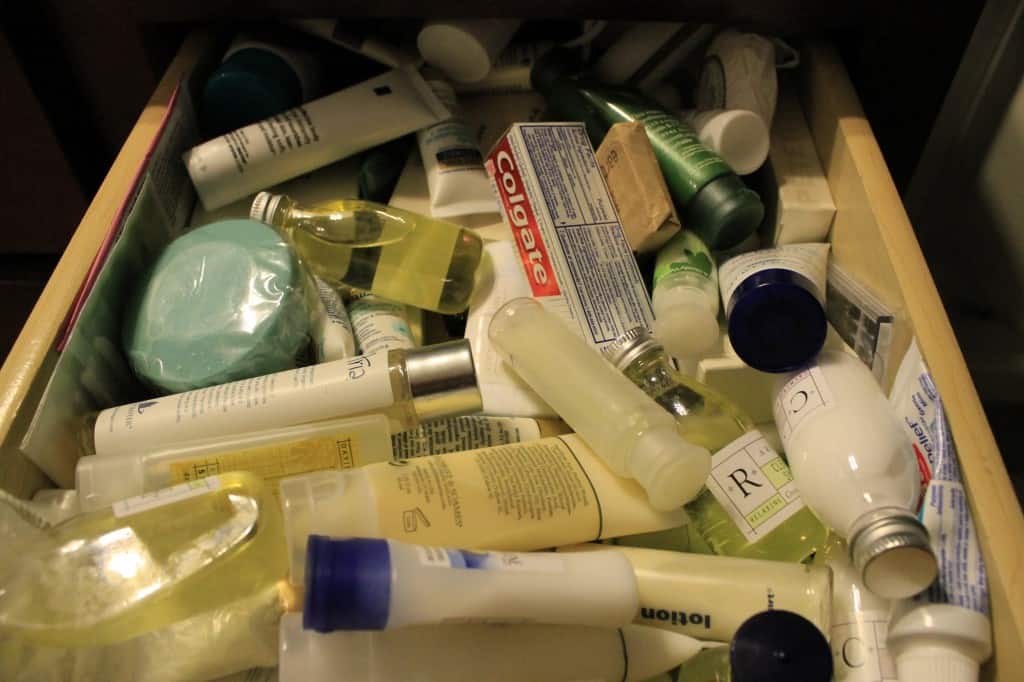 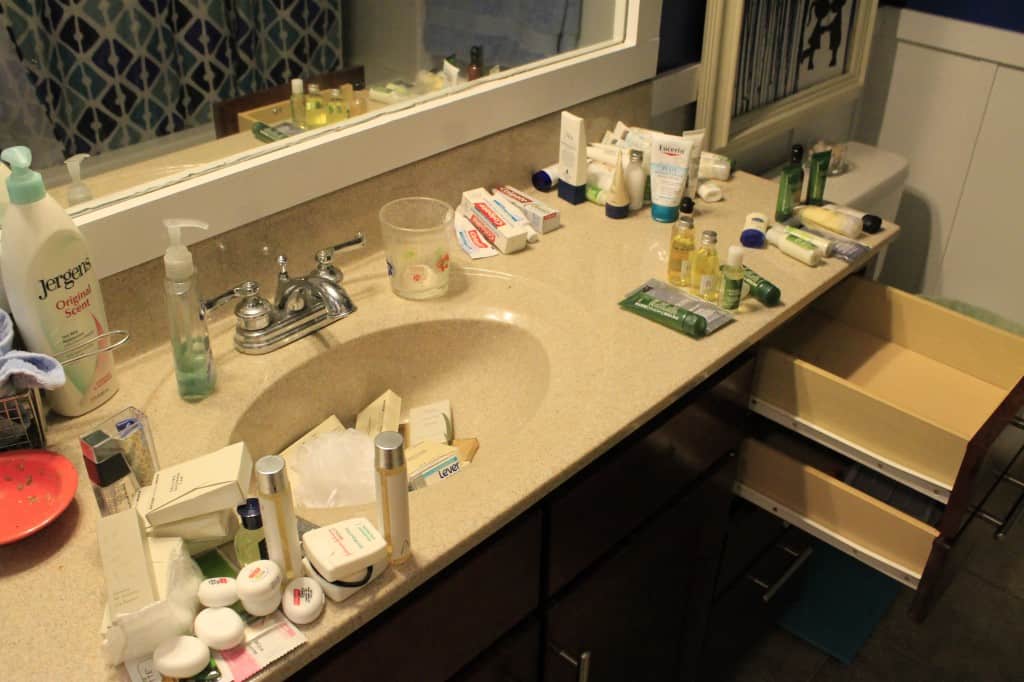 Then, we used cardboard cutouts taped to the inside of the drawers to separate lotion, shampoo, conditioner, soap, and miscellaneous toiletries. 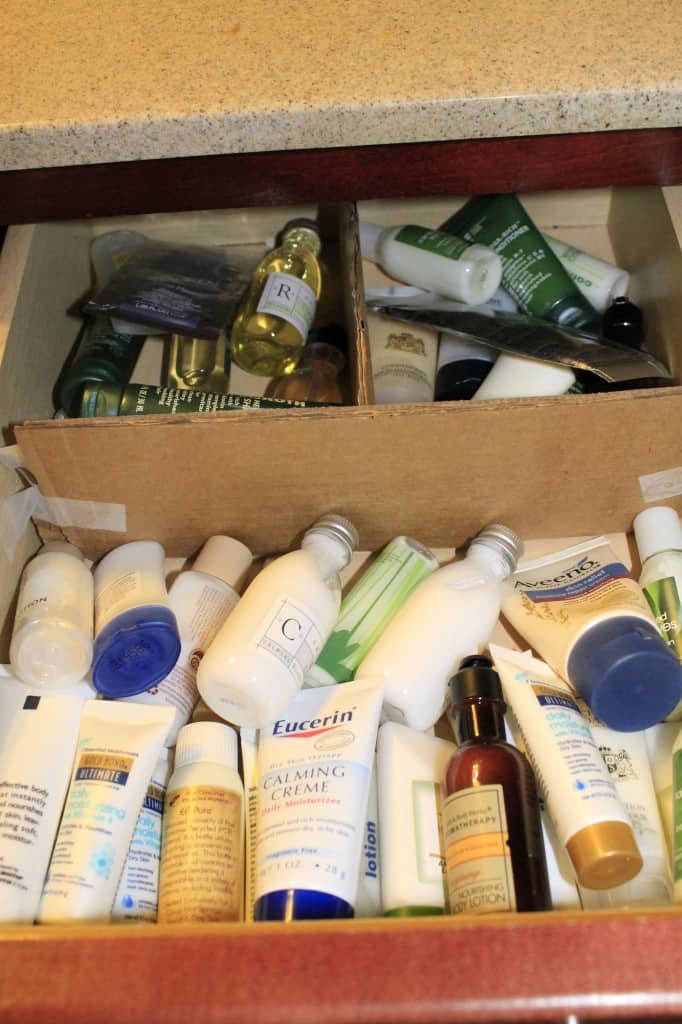 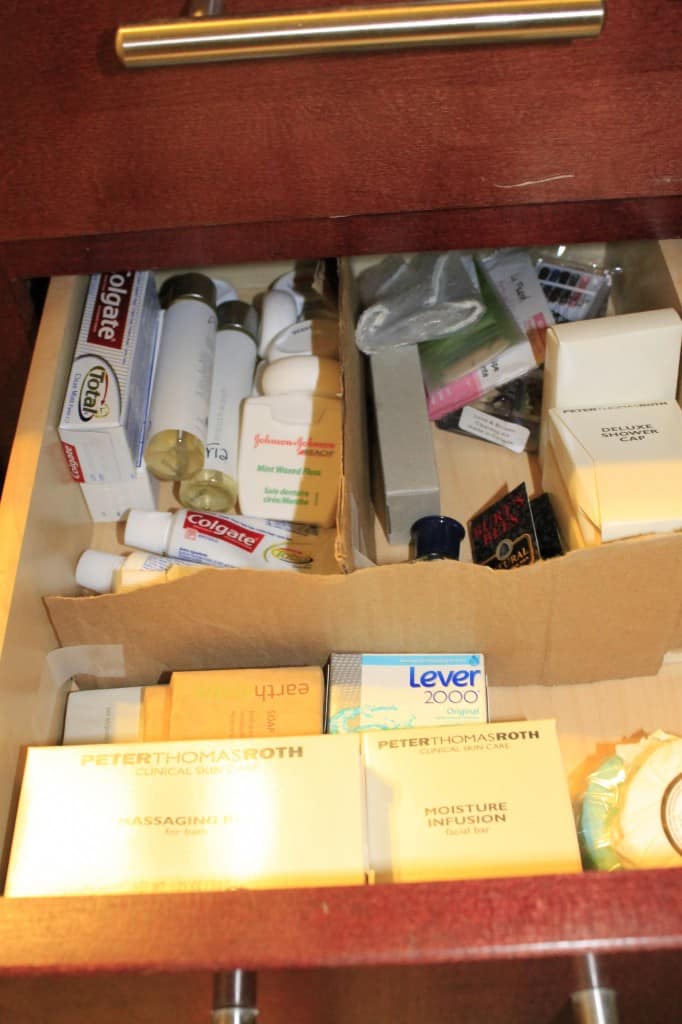 The final organization was actually a reorganization from when we originally organized our baking cabinet in our kitchen. We’ve been buying a lot of things in bulk lately, including spices, so we had to move some things around and get rid of the things we didn’t need or use. This included relocating the cookbooks we never use because of the internet. 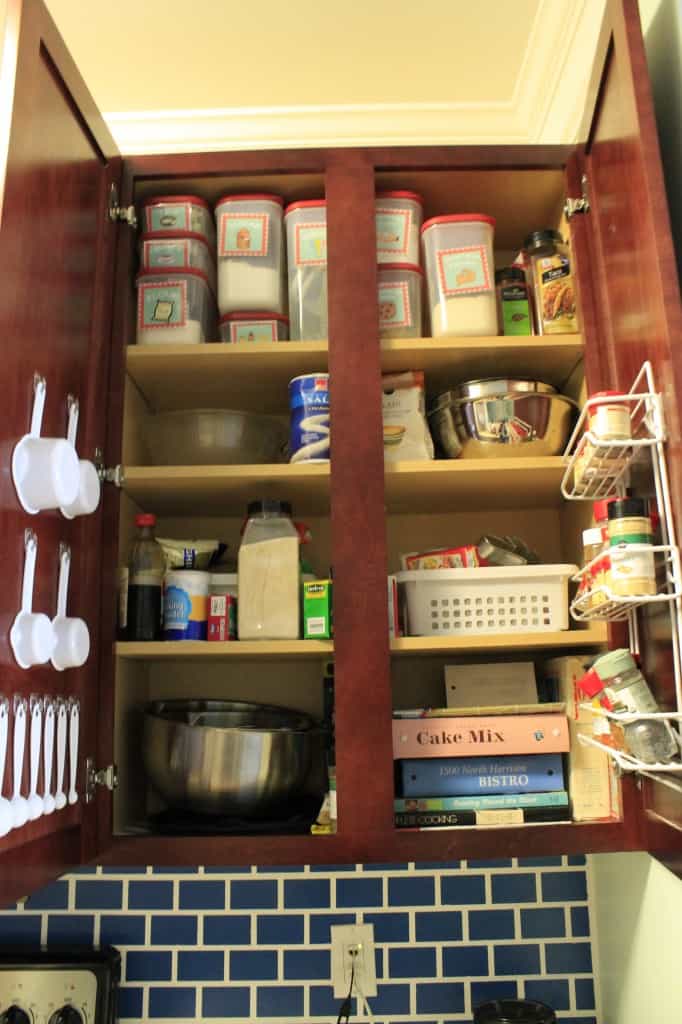 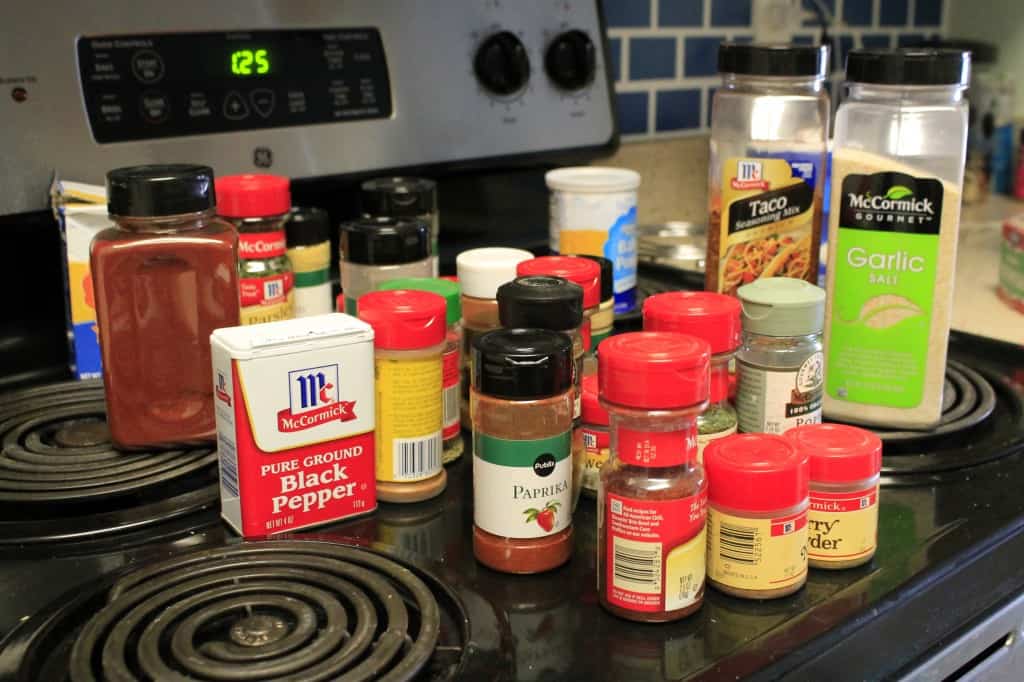 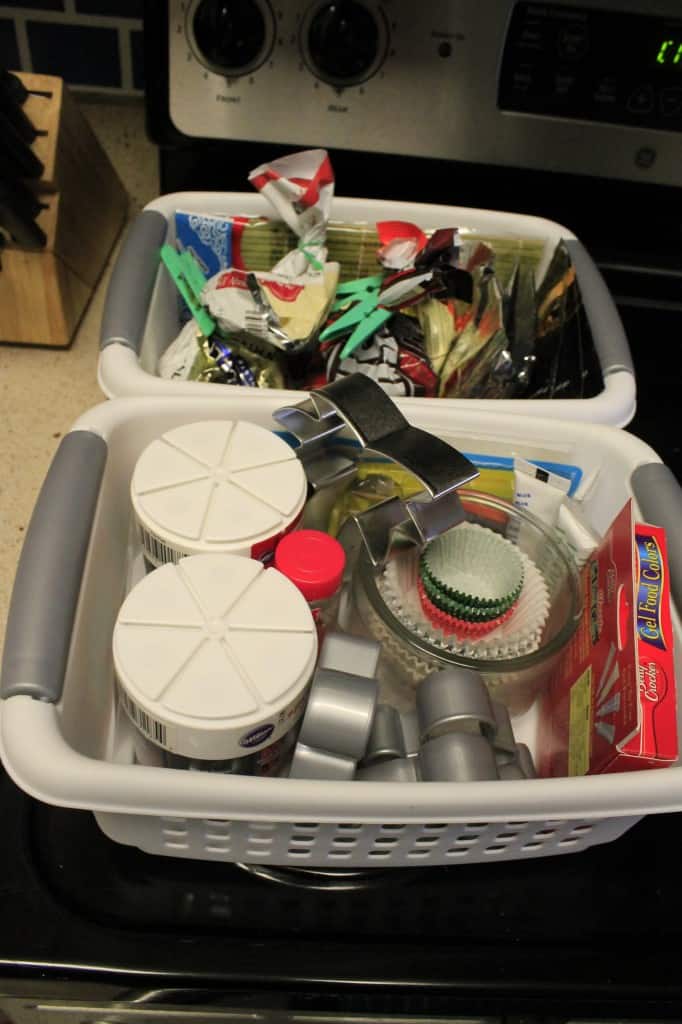 Overall, it looks much more organized and the large items are easier to get to. 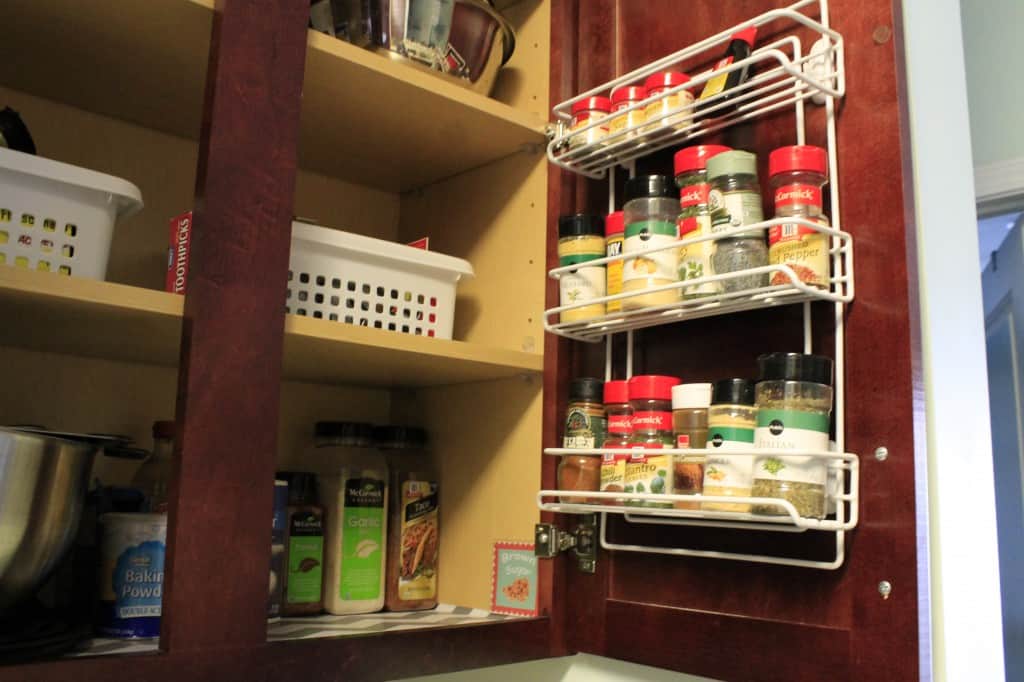 There was nothing innovative about what we did, but it looks a whole lot neater. Things have their place again and it’s easy to find things. Sometimes things pile up and you feel so much better just doing a little housekeeping.

What have you organized lately?