In case you missed the breaking news of 2018, we told you last week that we’re expecting our first child in October! It’s really quite crazy and we have no idea how we’re going to do it, but we know we’ll get by. We wanted to share with you guys a little bit more about the details so far and kind of each of our initial baby thoughts as we head into this crazy time. 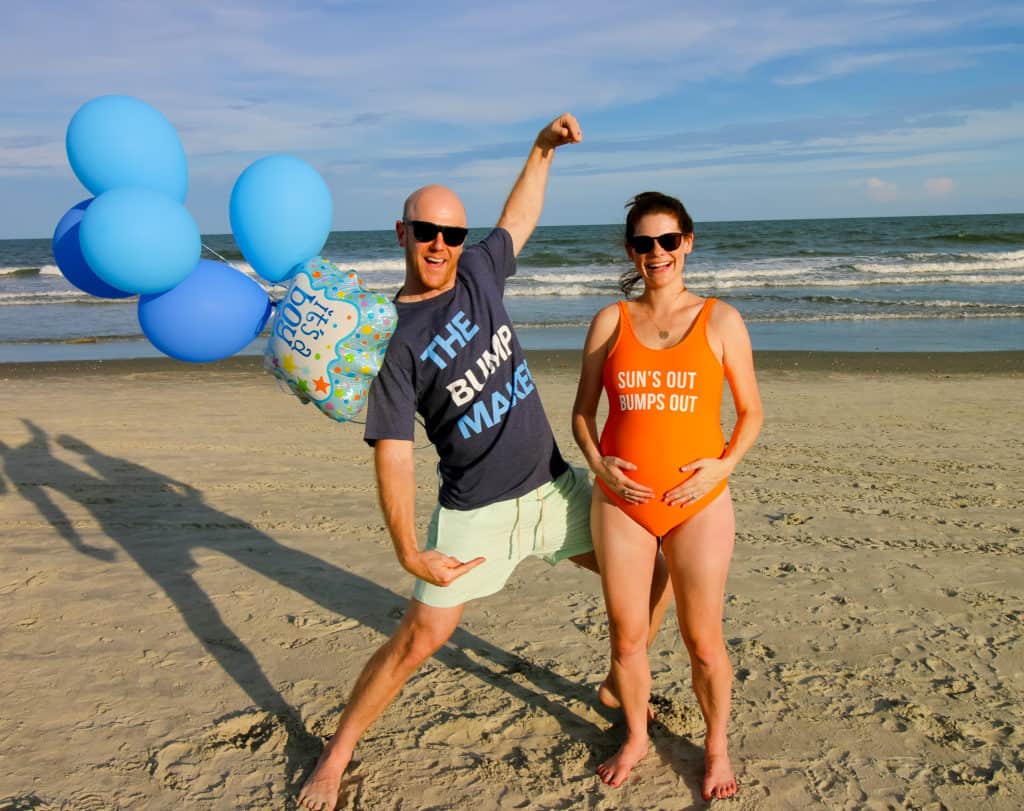 Morgan: I am not one of those people who always dreamed of having babies and being a mom, but I knew that kids were really important to Sean, and when I thought of myself far in the future, I always imagined having kids. So, I guess that means that you have to have them at some point. Being pregnant so far has been a bit of a roller coaster. I was really sick (nauseous) for the first fourteen weeks and then had to have major abdominal surgery at fifteen weeks. This was stressful and scary and really made us not focus on the pregnancy during the time period when many/most other pregnant people are announcing with cute little ultrasounds and photos of lemons and hand-holding. Not to sound salty (so, so salty!) but my complications really made my first trimester stressful and unenjoyable, and partnered with the fact that Sean and I decided to keep the whole thing between us, it was a bit isolating and depressing. On that note, I have been doing great since the surgery and finally finally about 3 weeks ago started to feel really pregnant and now that we are starting on the nursery and I have been buying clothes and sewing blankets, I am starting to get slightly more into the whole thing. I am nervous of course but excited for what is to come.

Sean: So Morgan did an amazing job announcing to me that she was pregnant. Let me set the stage for you. We’re eating yogurt parfaits watching SportsCenter before work and she looks at me and says, “So I think I’m pregnant.” Whoa! Talk about your fairy tale announcement! For real though, let’s just say that I was a little caught off guard. It wasn’t totally surprising, because we were officially trying, but I didn’t really expect it. It took a while to sink in and I tried not to really think about it at all until we had our first doctor’s appointment. When we found out she was going to need surgery, we really focused on that and again, didn’t think too much about the baby because we didn’t know what was going to happen and Morgan’s health was definitely our first priority. After we got through all that, I finally realized it was real. We got a plan in action and started figuring out what we were going to do with the nursery and went to daycare visits. That was weird. Overall, I’m very excited, but I’m legitimately terrified. I’m not worried about getting the room ready or planning or anything, but I am worried for once he’s born. I’ve always dealt with anxiety and getting really worried about things that I’m supposed to be taking care of. The fact that I’m going to literally have to keep another human being alive makes me dizzy. However, I’m trying to go forward with this mindset- there are plenty of people way less qualified than me to take care of a baby that have done it just fine, so I will be alright.