We’ve been working REALLY hard to make our backyard beautiful. We live on the water and in a city that you can spend outside almost entirely all year long. We have major plans for the fall, but we’ve spent the spring and summer trying to clear up all the crap that we had and putting our own stamp on our yard.

Along the back of the house, we cleared scrappy bushes and planted dahlia bushes that have TAKEN OFF in the four months since we planted the bulbs. But we still hadn’t gotten to the side of the back of our house, where we really wanted to make a tropical mark. We built a hammock stand pergola near there earlier this year (and have big plans for that space next month) and want to feel like we are on a tropical beach oasis. The first step was to get some tropical plants in there. So, we had to clear out the old ones. 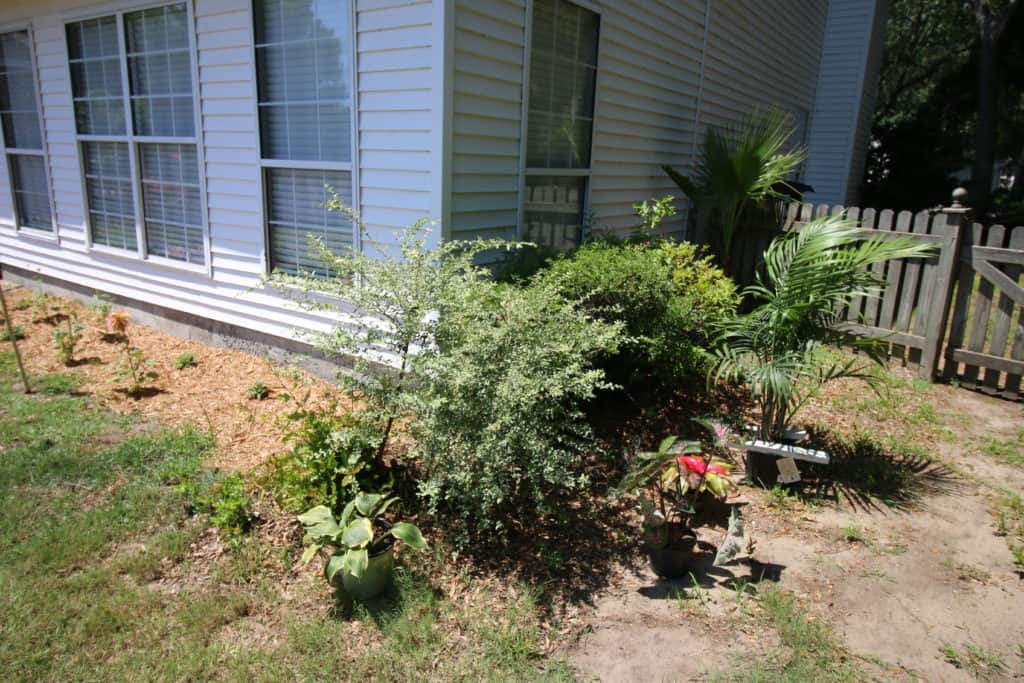 There were three old bushes on this side of the house. One was an azalea, one a boxwood and one something idk. The one idk was absolutely infested with bulbs in the roots that were spitting out prickly vines. I’ve been trying to pull those out for months, but never knew that there were roughly 100 of the bulbs in there. This bush never would have made it anyways. 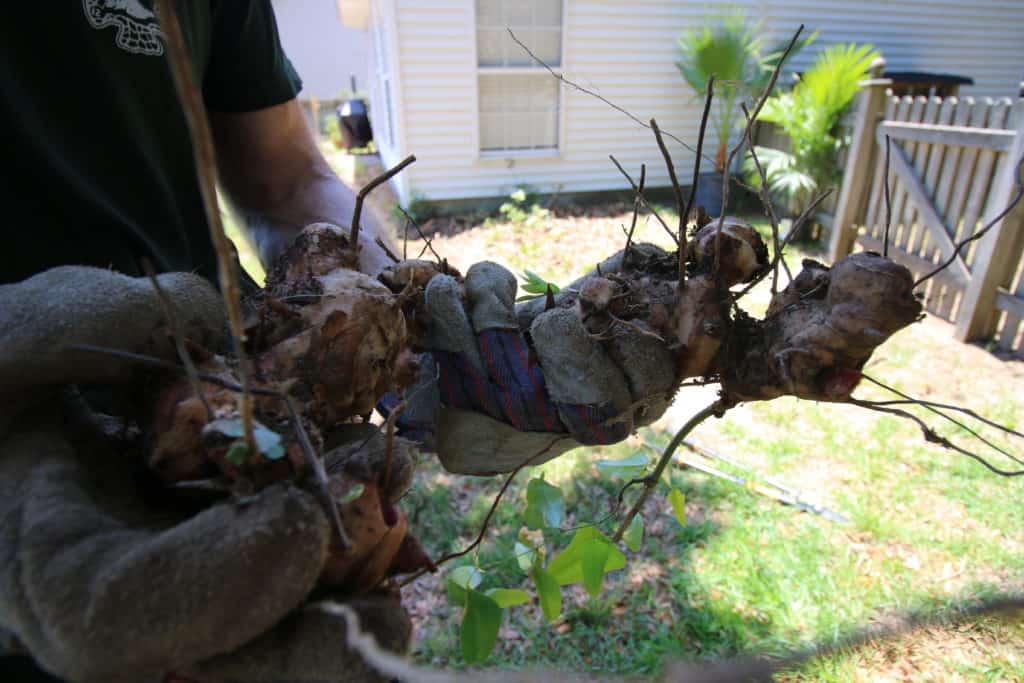 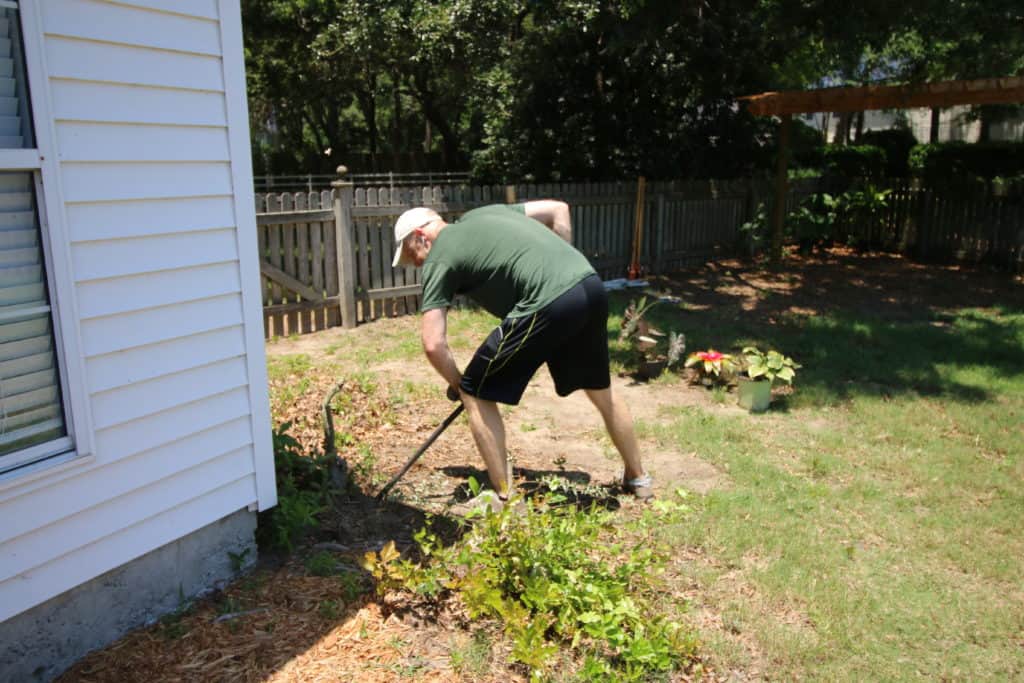 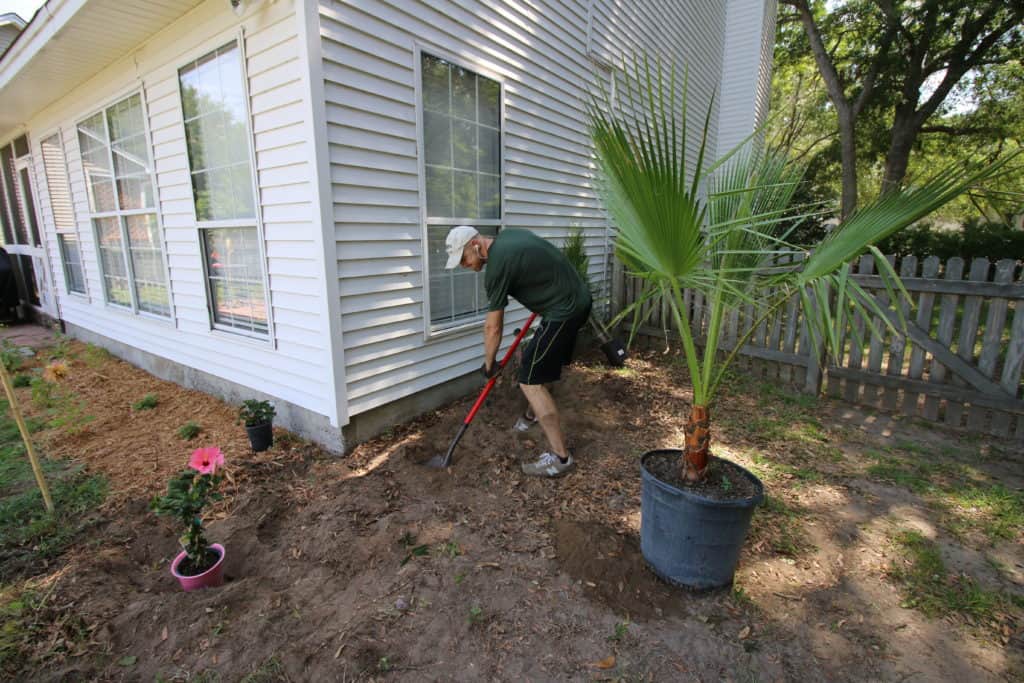 We’ve now ripped up 18 scraggly bushes in our yard since moving in. It’s hard work, but we plucked these three out of the ground and dropped in three tropical plants: a fan palm (that we got from Costco), a majesty palm and a pink elephant ear. 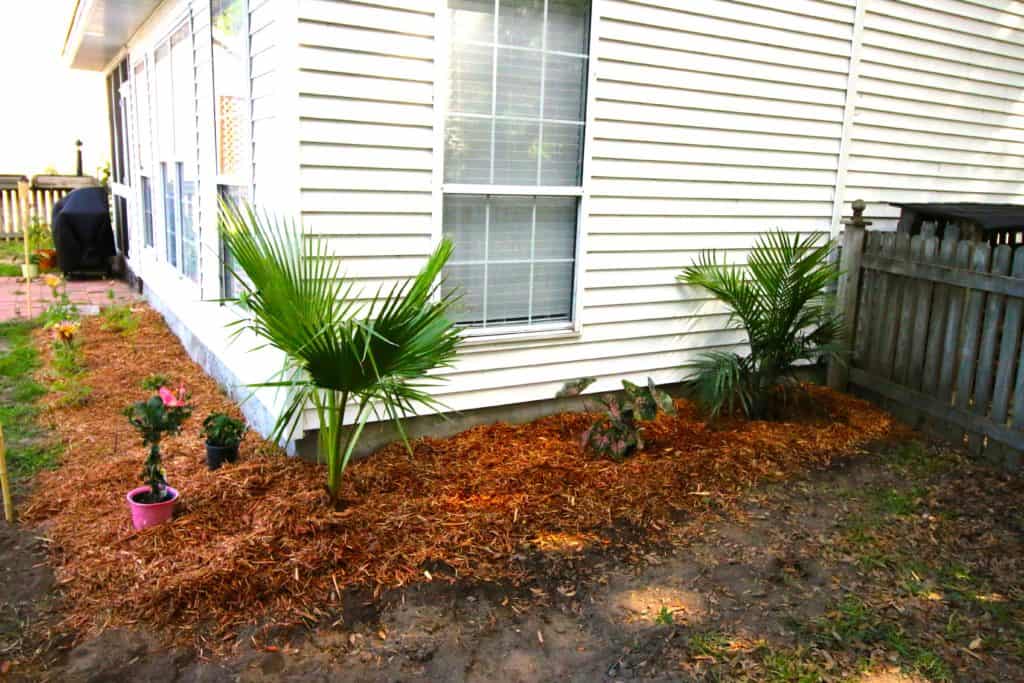 We dug the holes as deep as the base and twice as wide in order to let the roots take. We filled them in, watered and covered with mulch. Starting to look tropical in our yard!

We love how these turned out and how it will look even better when we finish the hammock area!