As you know, we have been super into our garden and yard this spring. We did a lot of planting in February and March and now are reaping the benefits of that. I wanted to check in with you and share how everything (mostly the veggies!) is doing.

I over planted our raised veggie garden. I guess that I didn’t believe the tags that said plant things feet apart from each other. At the beginning of May, everything was lush and flourishing. 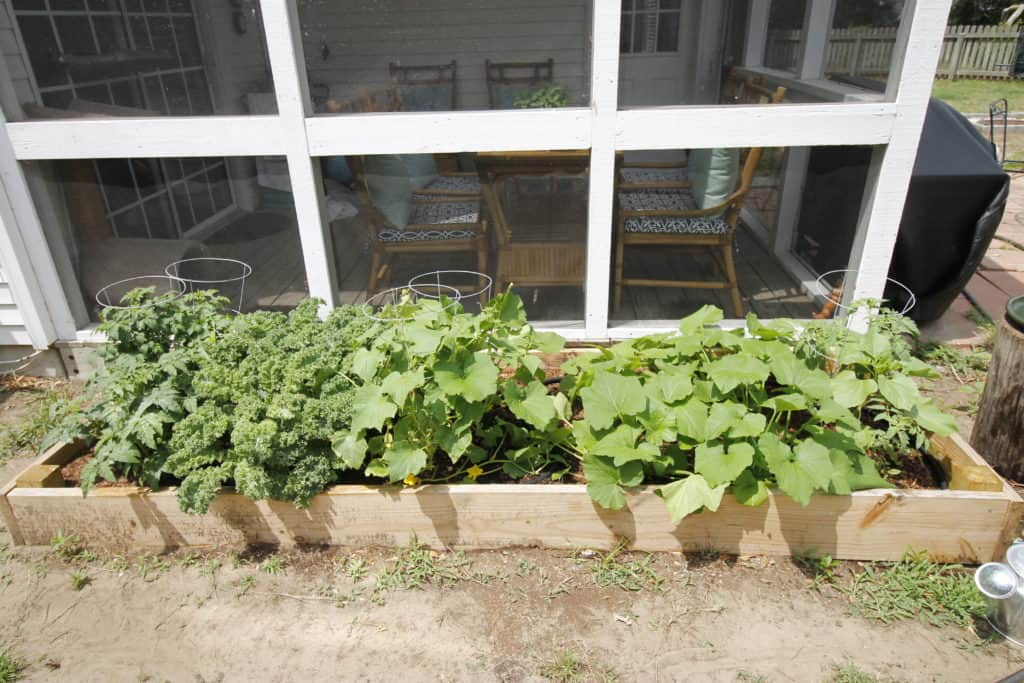 Since then, however, things have changed. 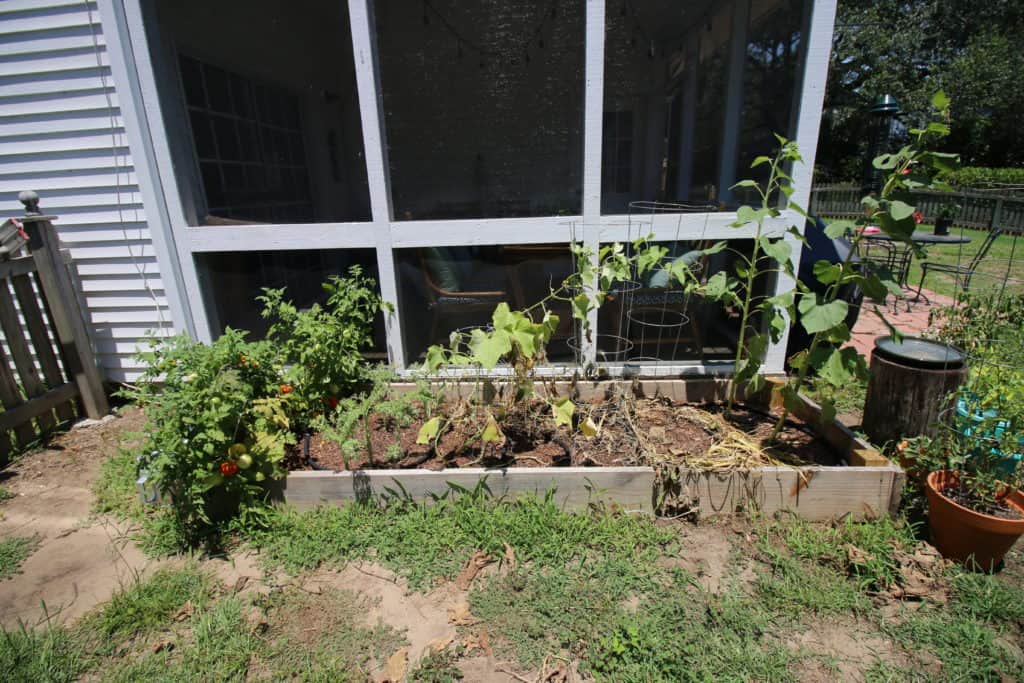 Little white worms got a lot of our kale. We harvested a bunch of it and left the little leaves that were growing in. Then they had thousands of tiny holes in each leaf overnight. Luckily I had harvested 4 times already, and we are still getting kale in our CSA box, but it’s still kind of a bummer. It’s starting to grow back so we will see if the worms come back too. 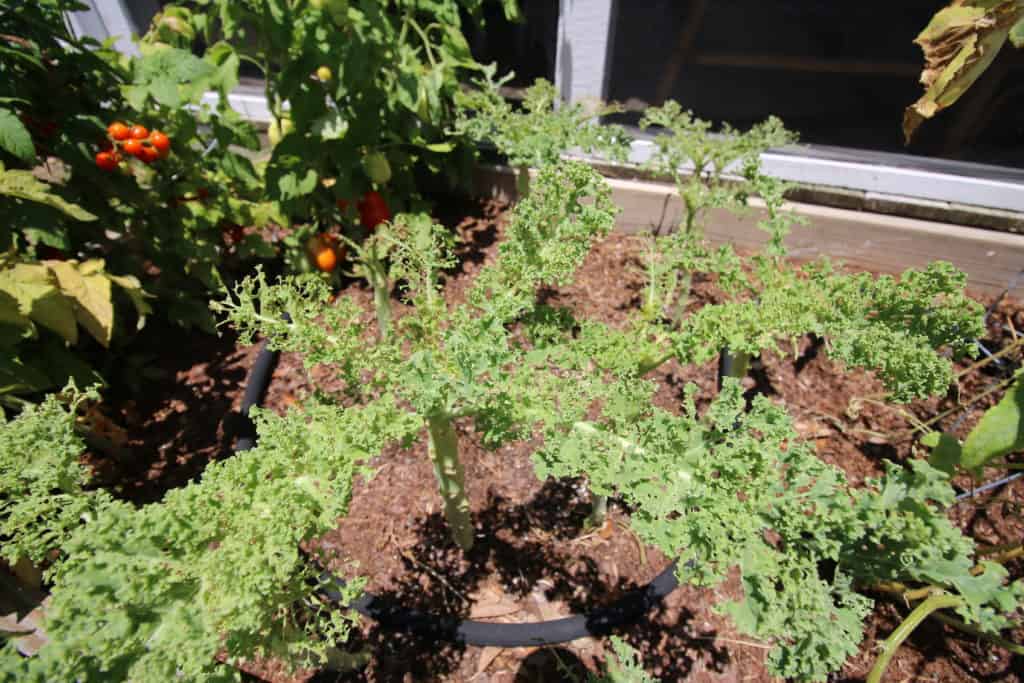 The squash plants went absolutely crazy, and then suddenly the last week of May just 100% died. Seriously from lush to dead in about 3 days. We got over 6 inches of rain in one day the week before, and it’s been super hot, and I planted it way too close together. I don’t know what the problem was. We ended up with one yellow squash and one zucchini as big as my forearm. And that’s it. If you have some tips on how to grow squash, please let us know! 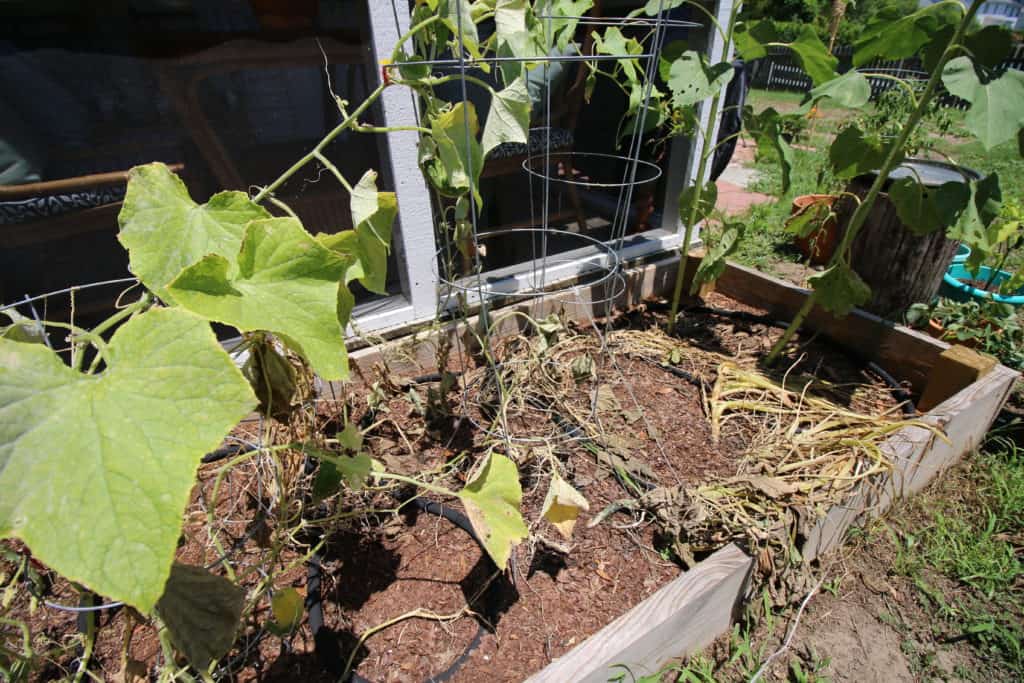 The cucumbers are doing great, but I didn’t research enough to realize how vine-y they are. I should have planted them with a trellis or something similar. Lesson learned for next year: we are planning a slightly different set up for them, with somewhere good to climb. Their little vines keep going into the screen of the porch and it’s driving me bonkers. But we’ve been getting loads of cucumbers so I  can’t really complain. 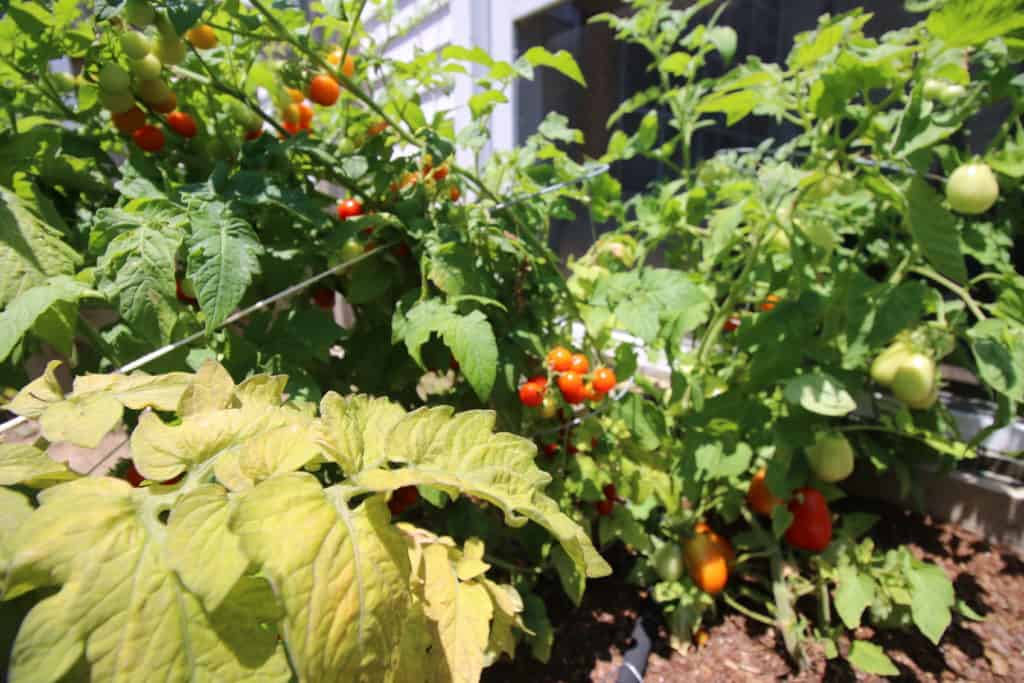 Our tomatoes have been doing really well. I honestly planted way too many way too close together (sense a pattern here?) but that doesn’t seem to be affecting them. We have gotten loads of tomatoes! The cherry and grape varieties are my favorite. We pop them off and eat them right off the vine. 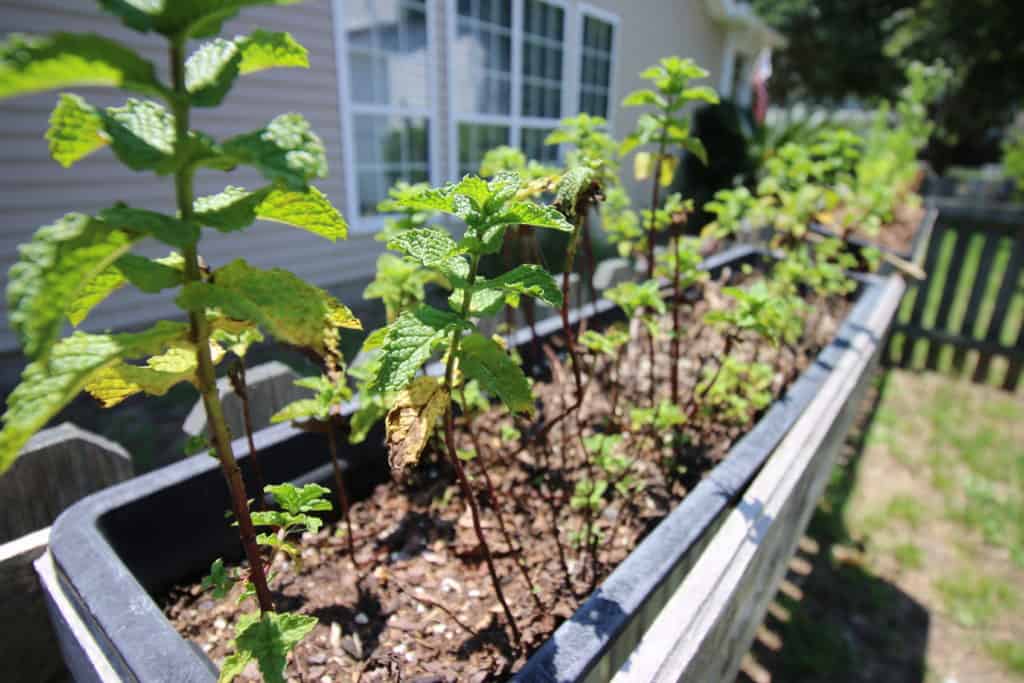 Something weird happened to the mint. We’ve had the plant for over a year, but at some point in the last month or so, all of the leaves fell off except the ones on the very end of each stem. I am glad that I harvested and froze a lot in March. Hopefully it comes back because we use a lot of mint (in alcoholic drinks, haha!) 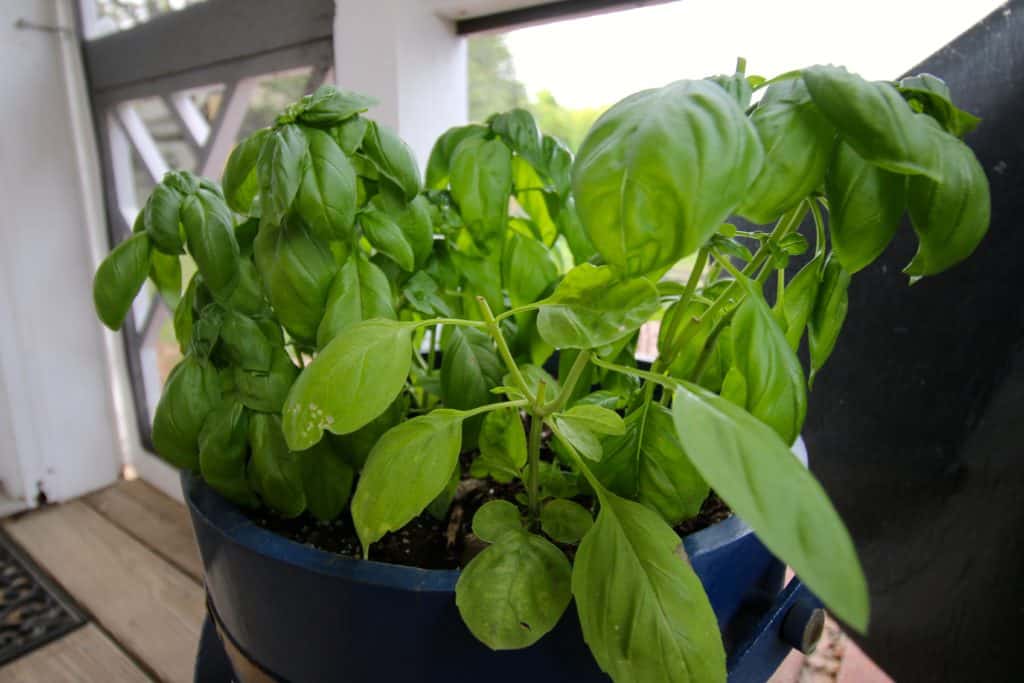 The basil is flourishing & basically killing it. Once I learned that you ALWAYS cut basil right above where a stem forks and never just pick the individual leaves off, it has been growing back like crazy. Light bulb moment! 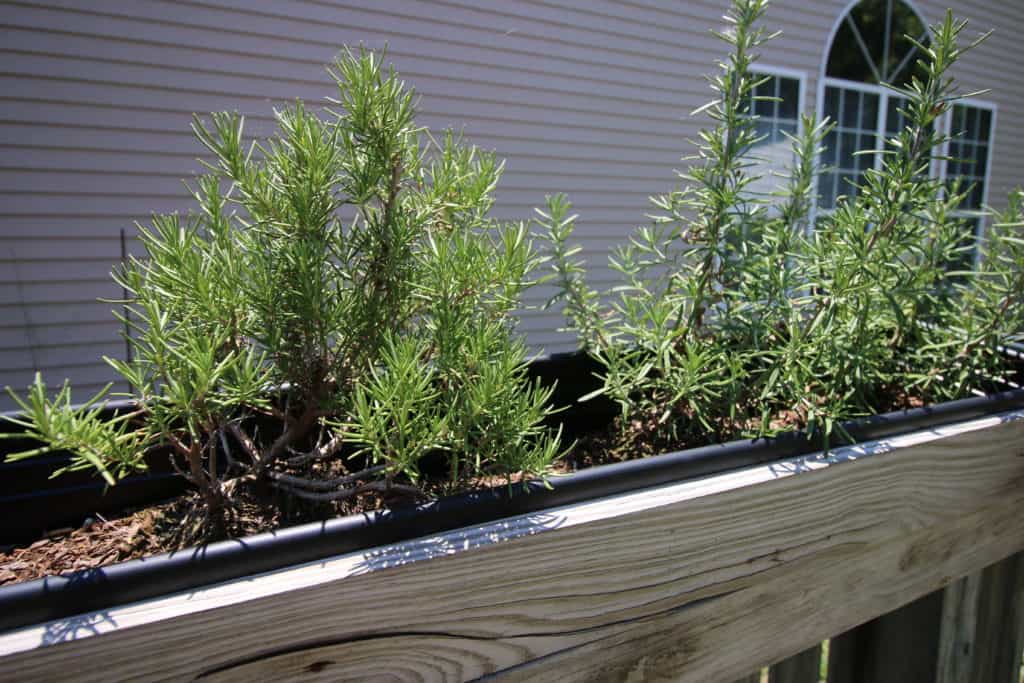 The rosemary is pretty much the same. I feel like it hasn’t grown at all but it isn’t brown or dead. We pretty much only use it to make rosemary potatoes, so it’s meeting our needs for now. Some of our neighbors have huge bushes of it – I don’t know why ours isn’t growing more. 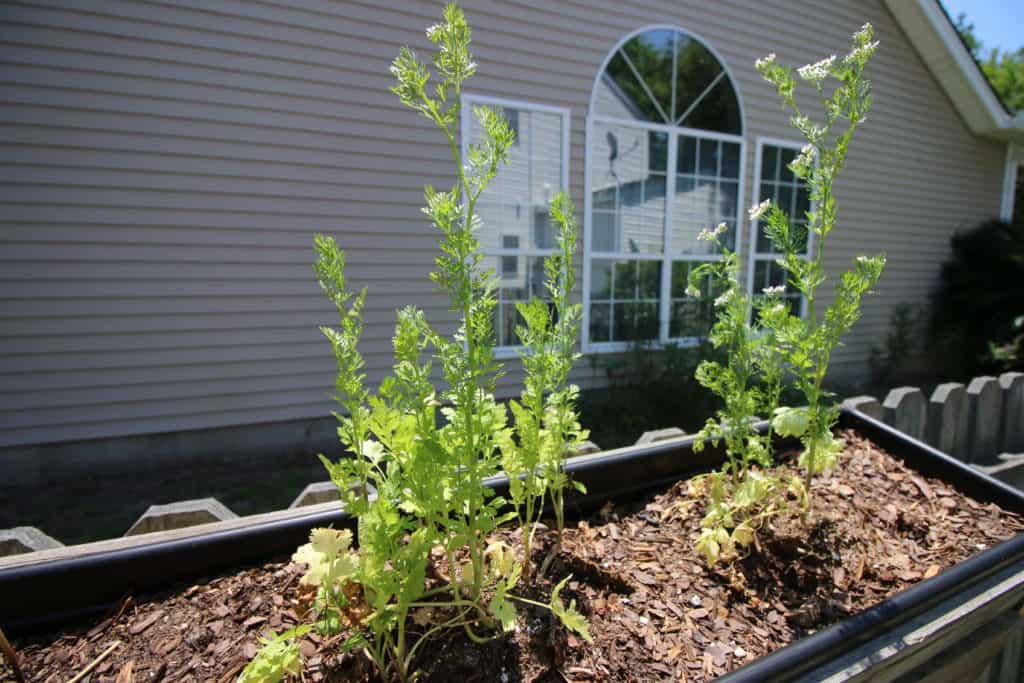 Our cilantro all died. I have never had much luck with it. Maybe it is too hot here? I replanted more because we use a lot of it, but I am thinking that it might be cheaper just to buy the 99 cent cut bunches from the grocery, since they keep for about 3 weeks in the fridge and are bigger than one of these plants. 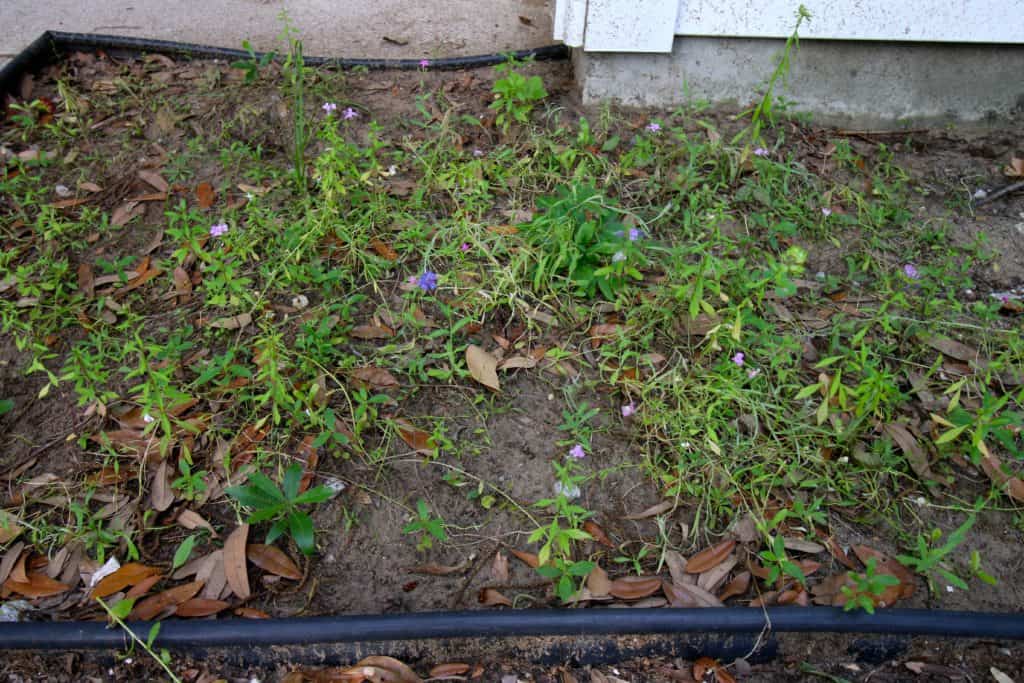 We touched on it before, but the wild flower seeds that we planted really turned out to look like weeds. I thought they would be more floral, but it mostly just looks like long grassy weeds.

Sunflowers & Kittens 🌻 🐱 These are a few of my favorite things! 💁💞 What is making you smile lately?! #catsofinstagram #graycat #sunflower #garden #screenedporch #outside #outdoors #insidemyhome #homestyle

If you follow my instagram stories, then you know that we got some accidental sunflowers. Seeds from our birdfeeder ended up in the garden and I thought they were squash (lol) and watered and fertilized them. I am now planning a full sunflower garden for next year! 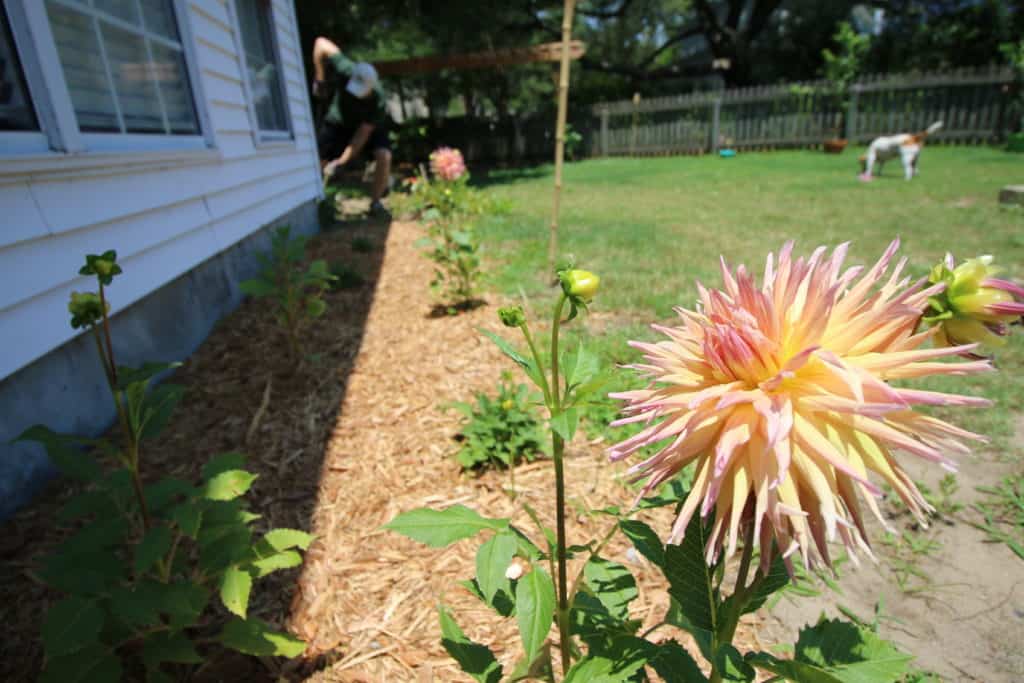 The dahlias are killing it. Someone told me that we wouldn’t get blooms this first year so I was ecstatic to get one. Since then we’ve have had about a dozen. I so hope that these plants live for years and years because they are awesome.

Do you have any gardening advice for us? What is working well for you this season?