Posted on Published: October 30, 2012 Categories In An App, Uncategorized

We shared with you on Monday how we ran the Color Me Rad 5k in Raleigh this weekend. I wanted to run the race because I thought the human tie-die thing looked crazy fun, but I’m not exactly an athelete. While Sean goes to the gym every day after work, I  usually work late, study, or just lounge and watch TV. However, I have run 5ks in the past (we did Race for the Cure every year growing up and then in college with my sorority) so I knew that it was possible for me to do it. I knew I wouldn’t win the race, I just didn’t want to come in last place.

I had about 10 weeks to train and prepare for the race. This is a long time to build up to running 3.1 miles, but I had 2 things to remember:

I was discussing it with my mom and she told me about an app she had heard about – 5K Runner. The app is $1.99 and I had never paid for an app before (and haven’t paid for another one since) but decided that if I was gonna spend $40 on a race, I could splurge $2 to not make a fool of myself at that race.

The app is really, really awesome. You do intervals of walking and running until you are eventually only running. The first day you run for one minute, walk for a minute and a half, six times. The first day was terrifying to me- a minute can be a really, really long time. But you really ease into it and increase your running intervals by about thirty seconds a day to build your endurance.

The app talks to you and says “start running!” “slow down and walk!” and “great job!” And, over the course of 8 weeks, you go from barely being able to run for one minute straight (and I mean SLOW) to cruising for 35 minutes comfortably. I cannot reccomend this app enough to anyone trying to build their endurance or train for a 5k or 10k (there are two versions.)

We weren’t paid or endorsed by 5K Runner to write this. We just really think the app is awesome! 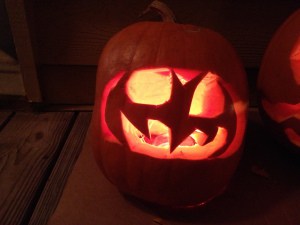 Congrats! You and Sean make a great team!

I used a similar app, Couch to 5K, about 3 years ago. Now I just finished my first 15K and am about to do a half marathon. Great way to get into running! Congrats on the race! Keep it up!

Wow that's amazing! Yes, we just need to sign up for another fun race to keep me motivated!