The Girl on the Train, by Paula Hawkins, is all the new rage amongst book readers these days. It was on a lot of different lists toward the end of 2014 as a book to read in the new year that will be turned into a movie. It was all over the place and the plot looked good, so we bought it and we each read it. Morgan also accidentally read A Girl on A Train first, but that’s a funny story for another day. 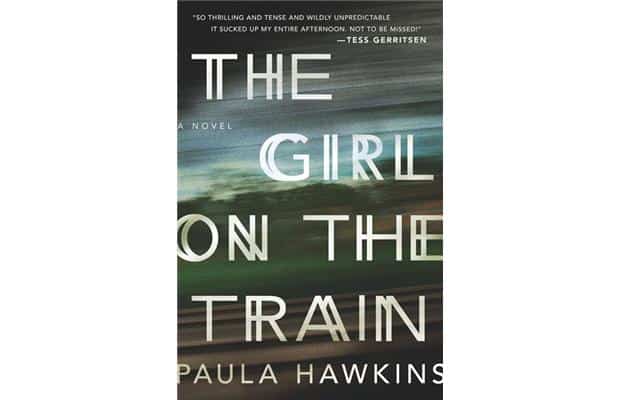 The Girl on the Train features a woman named Rachel, who is a drunk who lost her marriage and her job from drunken debauchery. She suffers from frequent drunken blackouts and can’t remember anything she does. Rachel used to be married to Tom, who cheated on her with a woman named Anna, who he is now married to and has a child with. When she’s drunk, Rachel’s favorite thing to do is call, text, or visit Tom, much to the dismay of Anna.

On one blackout night in particular, a woman who lives on Tom and Anna’s street goes missing. Rachel was seen there that night, drunk, and can’t remember what she was doing or what happened. Rachel recognizes the woman who goes missing as a woman she sees every day from her train rides into London. Every day, the train stops at the same place and Rachel sees that woman and her husband from her seat on the train. Out of boredom, she has created backstories for their lives and feels an attachment. A few days before the woman goes missing, Rachel saw her kissing a man who wasn’t her husband. Armed with that knowledge, Rachel feels like she has information that could help the police find the woman who has gone missing, but it leads her down a tricky road…

I read in multiple places that this book was the next “Gone Girl.” I loved Gone Girl and this book was nothing like it. Yes, they were both mystery thrillers, but The Girl on the Train didn’t have me gripped anywhere near as much as Gone Girl did. Also, the twist in this book was absolutely no where near as intriguing as the Gone Girl twist. That twist can’t be rivaled. However, this book was good and was interesting throughout. I like books that switch the perspective of the story with each new chapter. It gives you good insight as to what different characters are thinking about the same events. I was wrong about who committed the crime though, so it got me, but again, it wasn’t too shocking. Definitely worth a read though and this is one time where I think the movie could be better than the book.

I have to say, I liked A Girl on A Train better than I liked this book! This book was a bit… predictable? One noted? I wasn’t too attached to the protagonist (it’s hard for me to get behind someone with such self destructive behavior) and I had a hard time believing her story. She had too many people tolerating and enabling her, when in reality I don’t think that would have happened. I was also a bit sorry that they introduced certain characters (ahem – the red haired man) and then didn’t do anything with them.

This book had a lot of potential, but it did not win me over. However, it’s not a terrible read, and I would definitely see the movie.

Have you read The Girl on the Train? What did you think?