Sean’s and my birthdays are only 2 weeks apart. As a celebration, he surprised me with a Charleston Harbor Dinner Cruise with Spirit Line Cruises. We booked our reservation for a Wednesday night, and it ended up being the perfect weather. 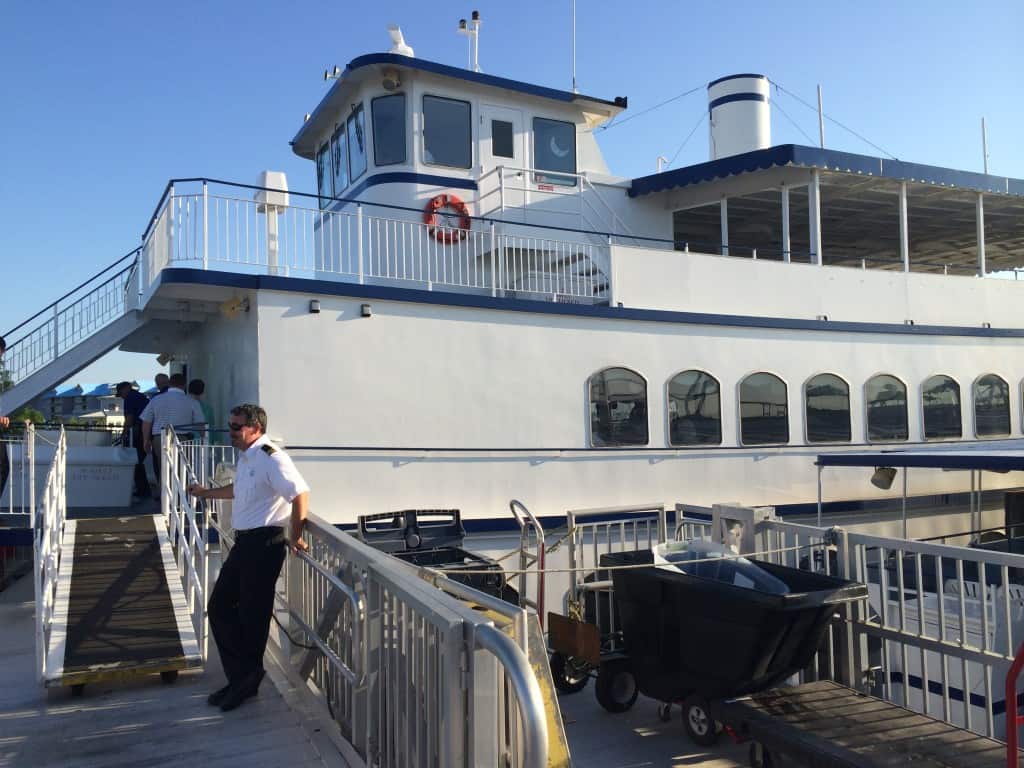 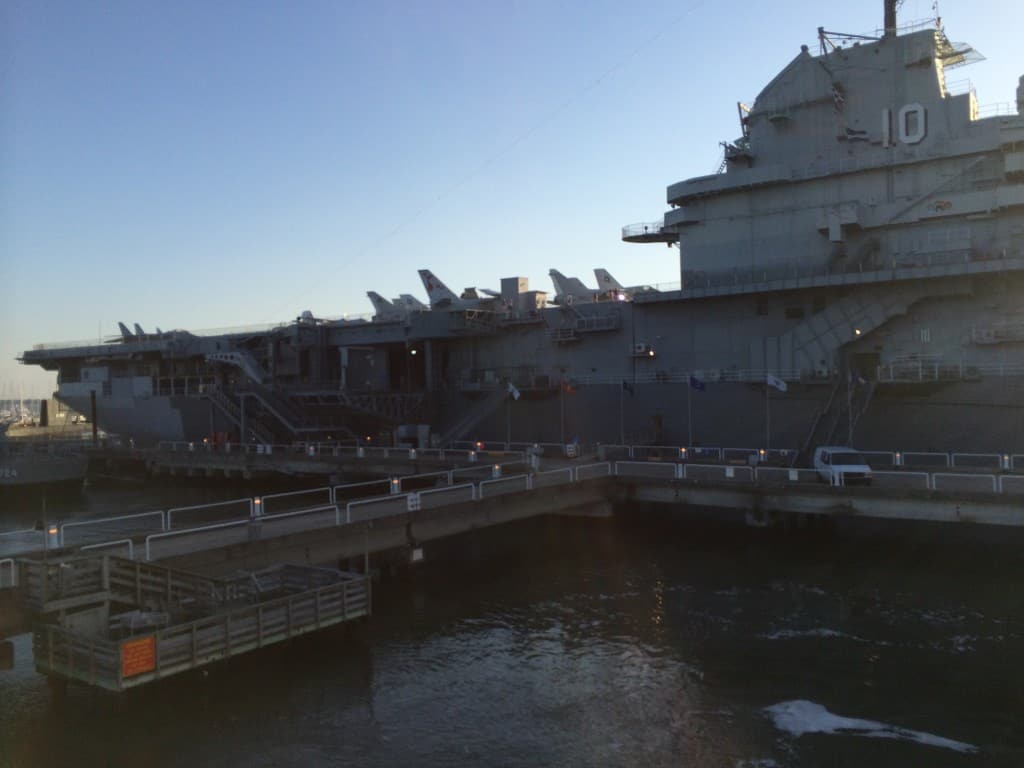 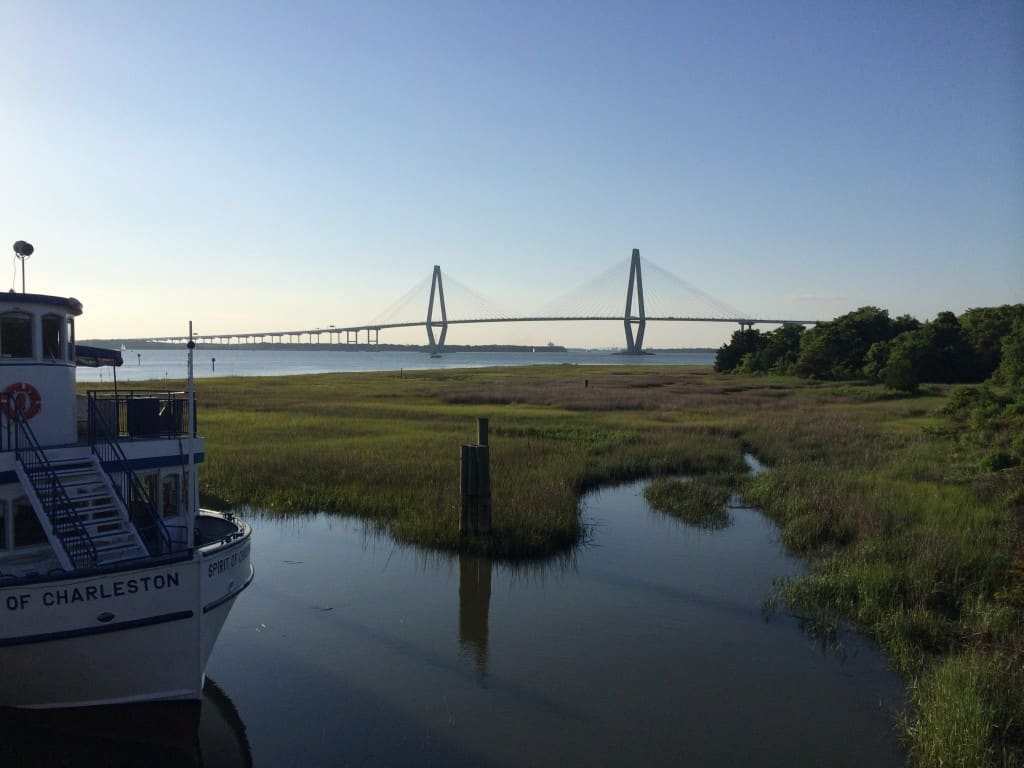 The cruise leaves the dock at Patriot’s Point at 7pm. We boarded and were immediately seated at a private table. Sean had pre-ordered a bottle of bubbly that the waiter got for us immediately. It was prosecco – which is my new ish. We were really excited to see that it was DOC certified, which we learned about in Tuscany!

Before dinner was served, we had about 20 minutes to go out on the deck and watch the boat pull out and go under the bridge. It was beautiful. 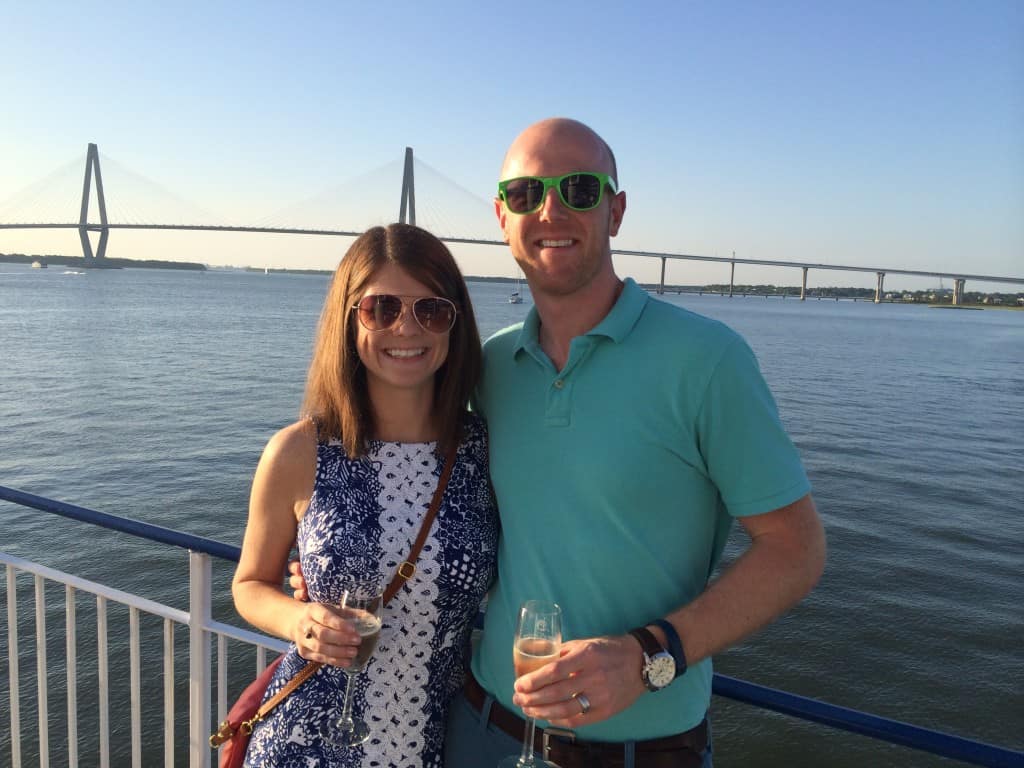 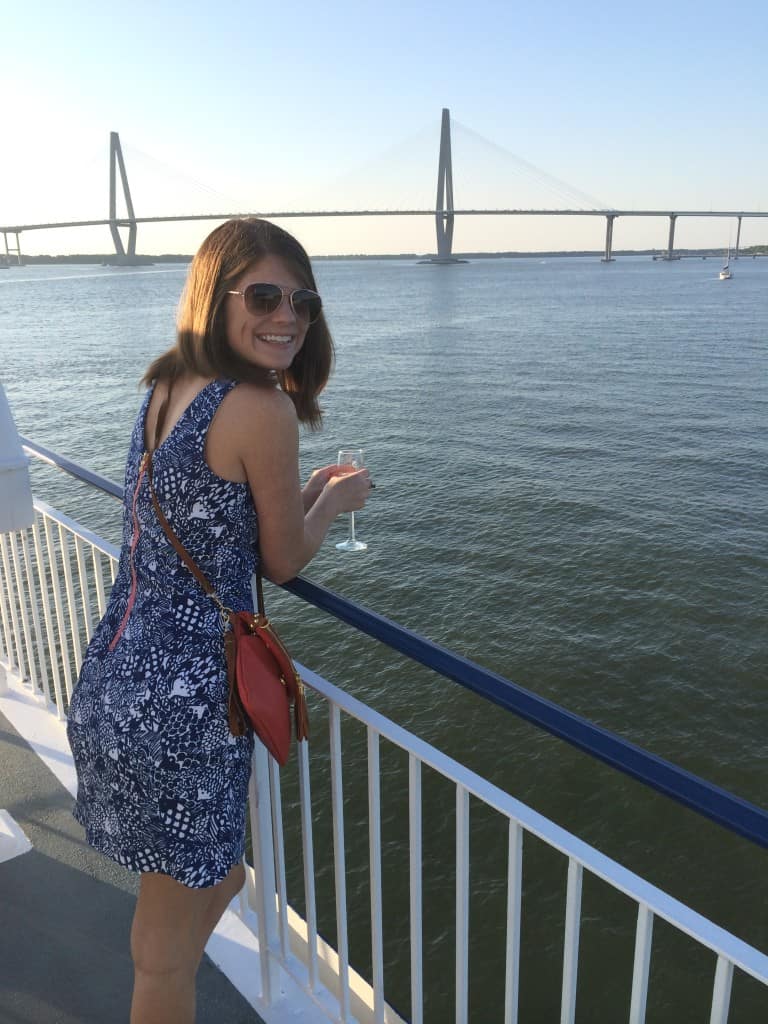 Like my Lilly from Target? I must confess, I got it on eBay. All these evil girls were listing things at 10x the Target price at first, but prices are coming down now. Set an eBay alert and don’t be afraid to stalk the last ten minutes of an auction! The bag’s from Italy and, yes, I wish I had bought one in every color. 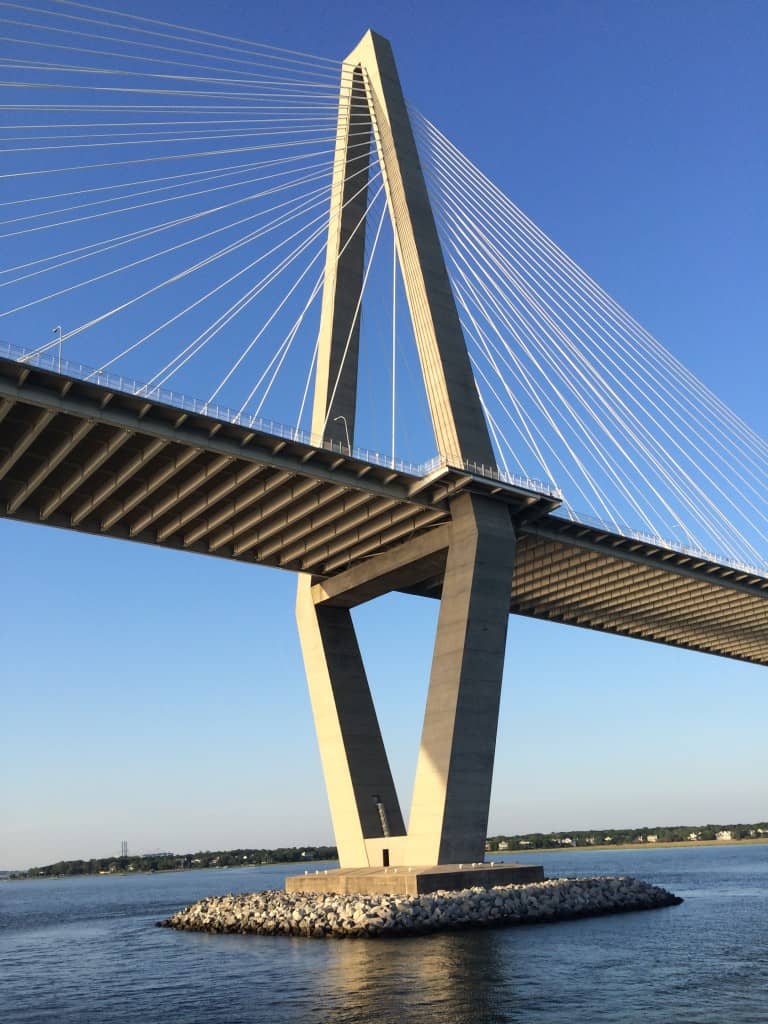 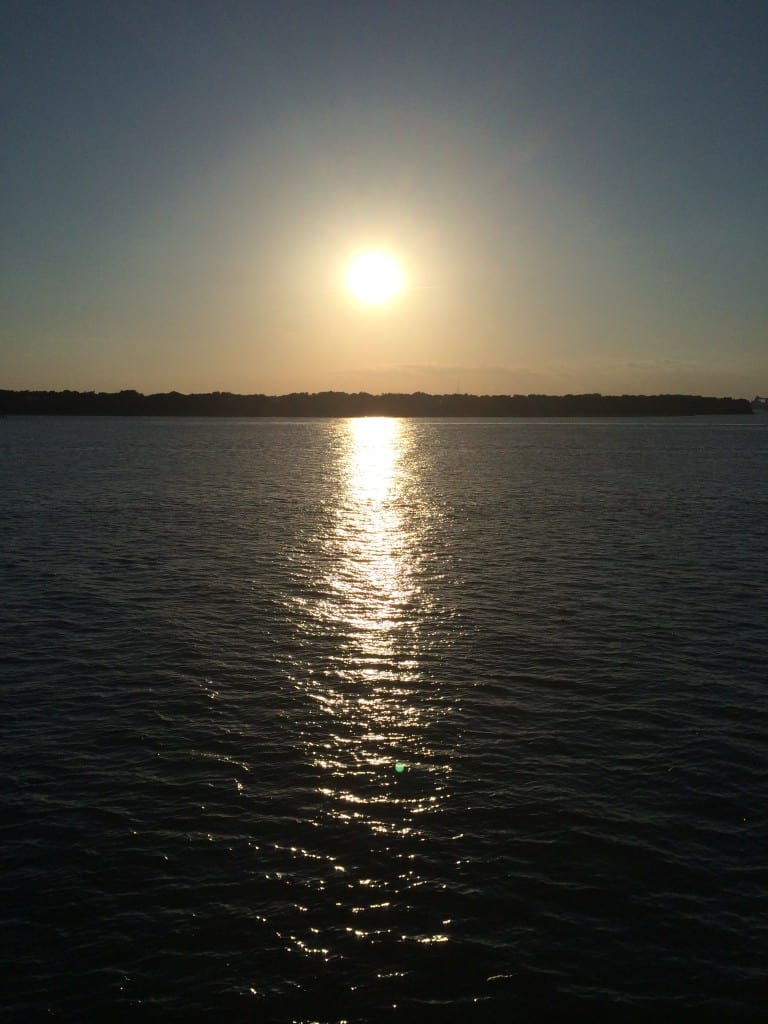 We went back to dinner and were served she crab soup and a house salad. Both were very tasty. The salad was made from local ingredients and had a basil vinaigrette. I loved the fresh flavor. 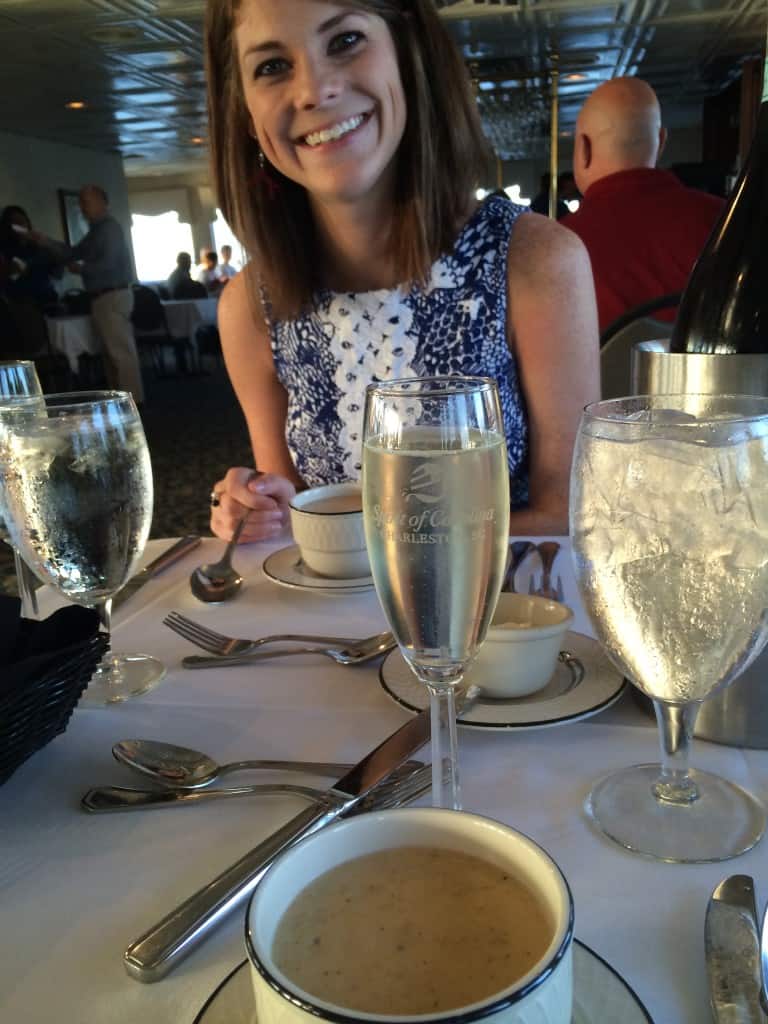 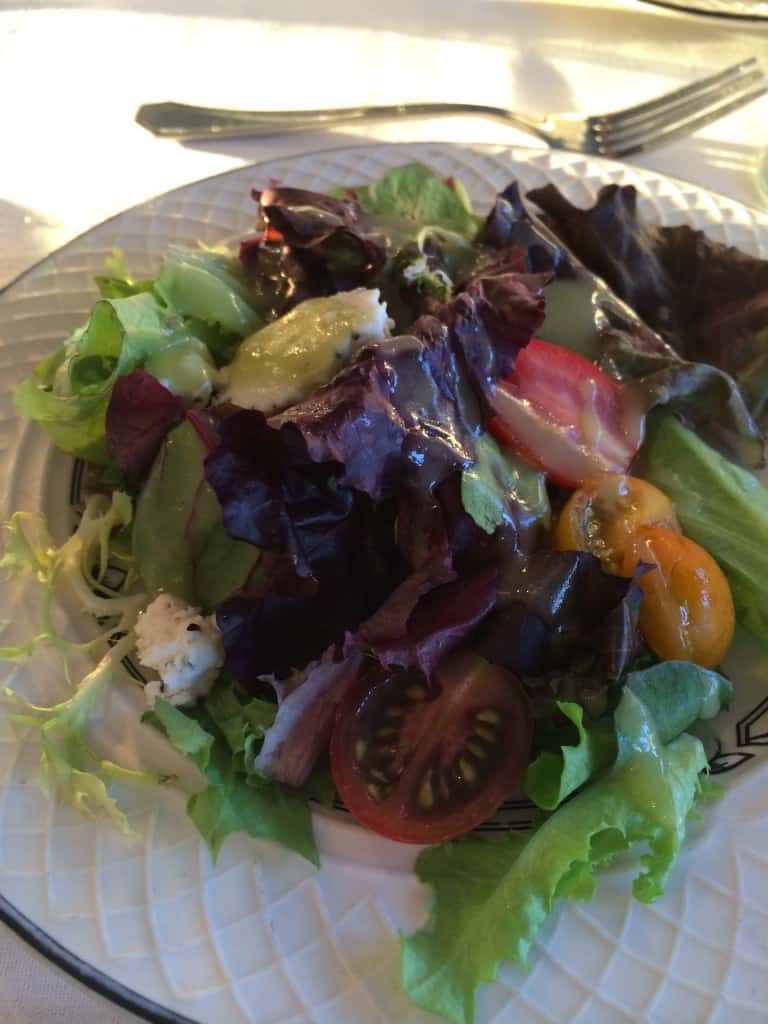 Before our entrees were served, we slipped back outside to see the sunset over Charleston. It was clear skies with a beautiful, colorful sunset. We are so lucky to live here! 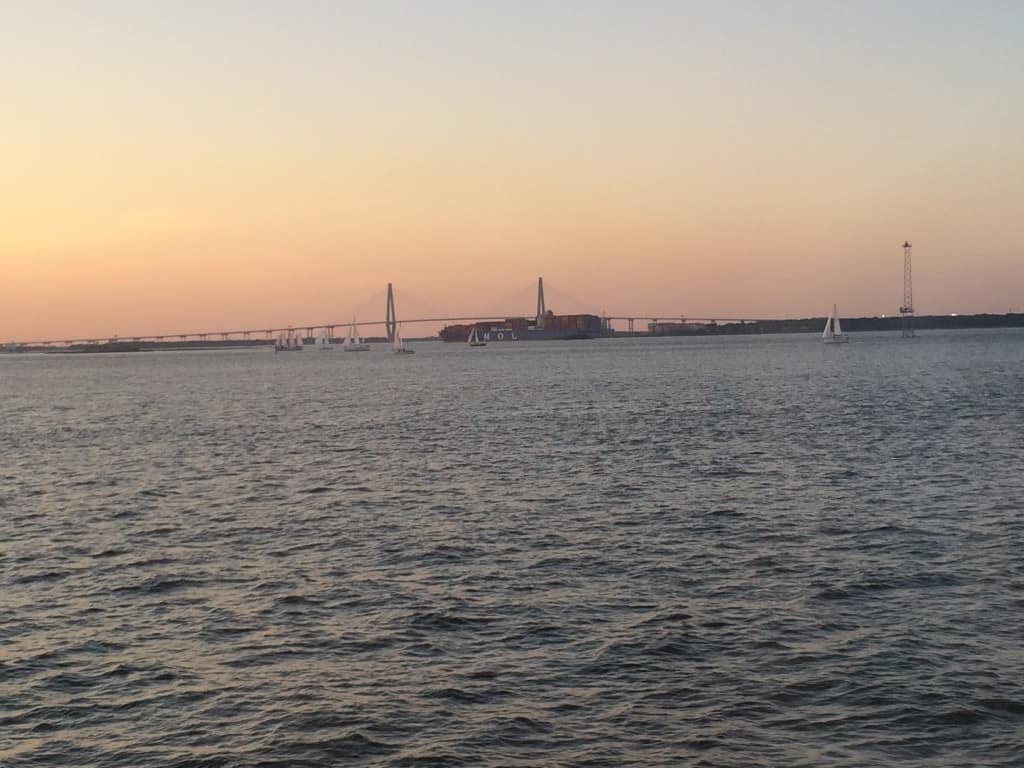 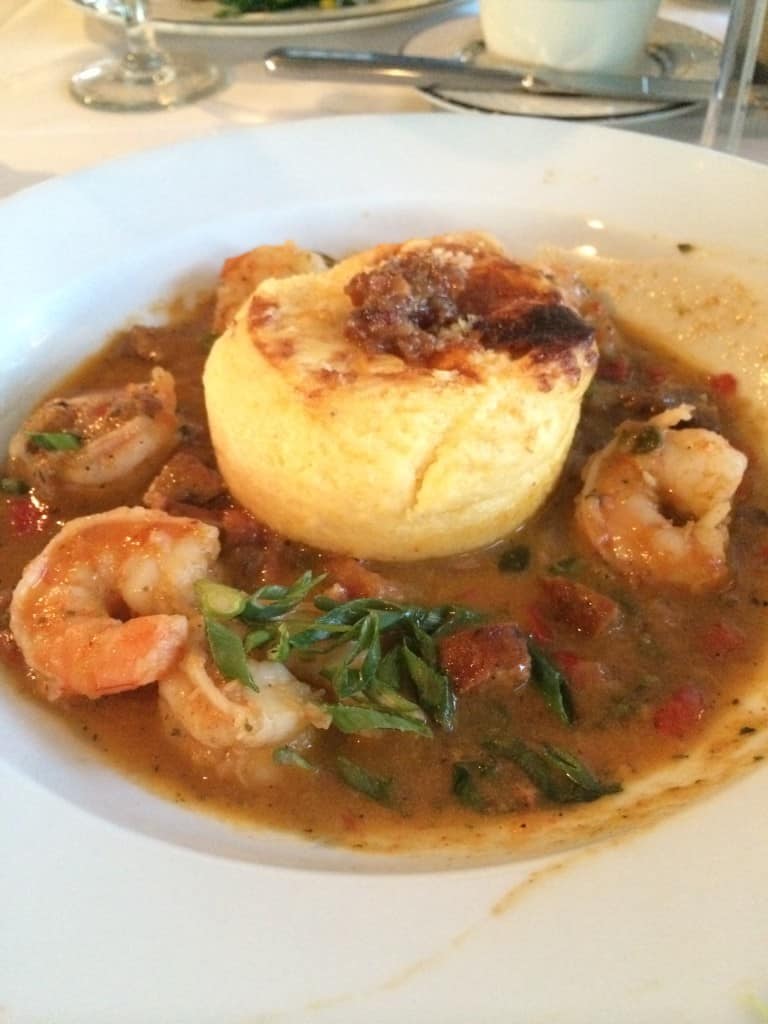 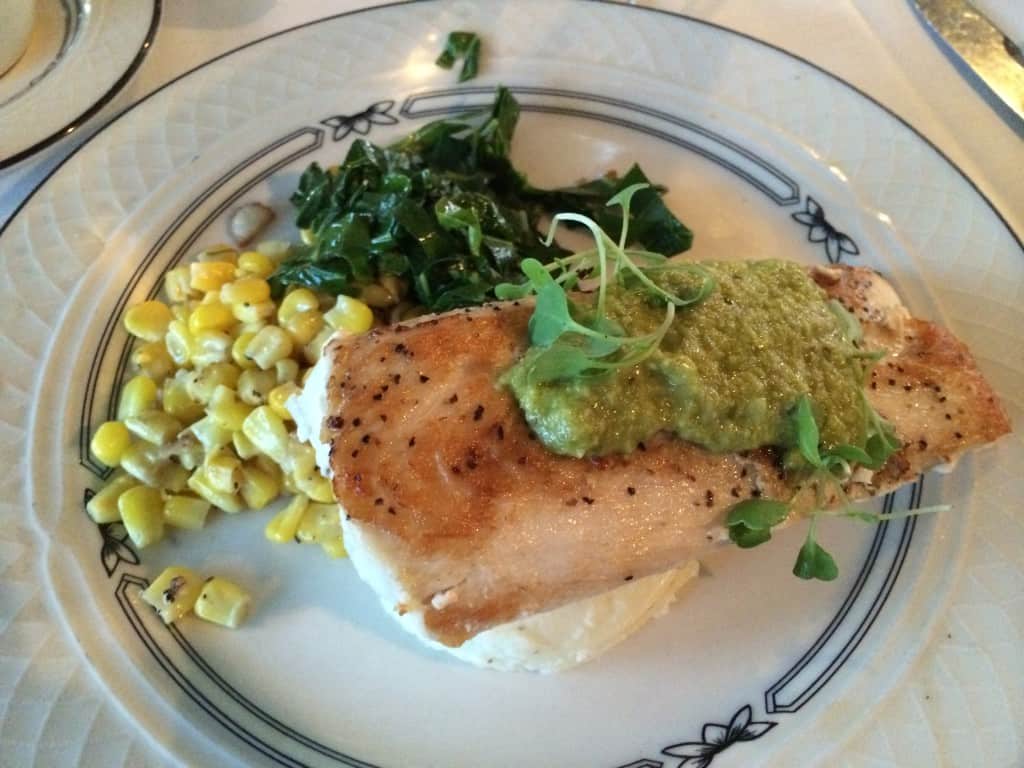 We split a white chocolate crème brulee for dessert (not included in the ticket price) and relaxed, listened to the live music (a guitar player) and then headed to the deck for the last 30 minutes of the ride. 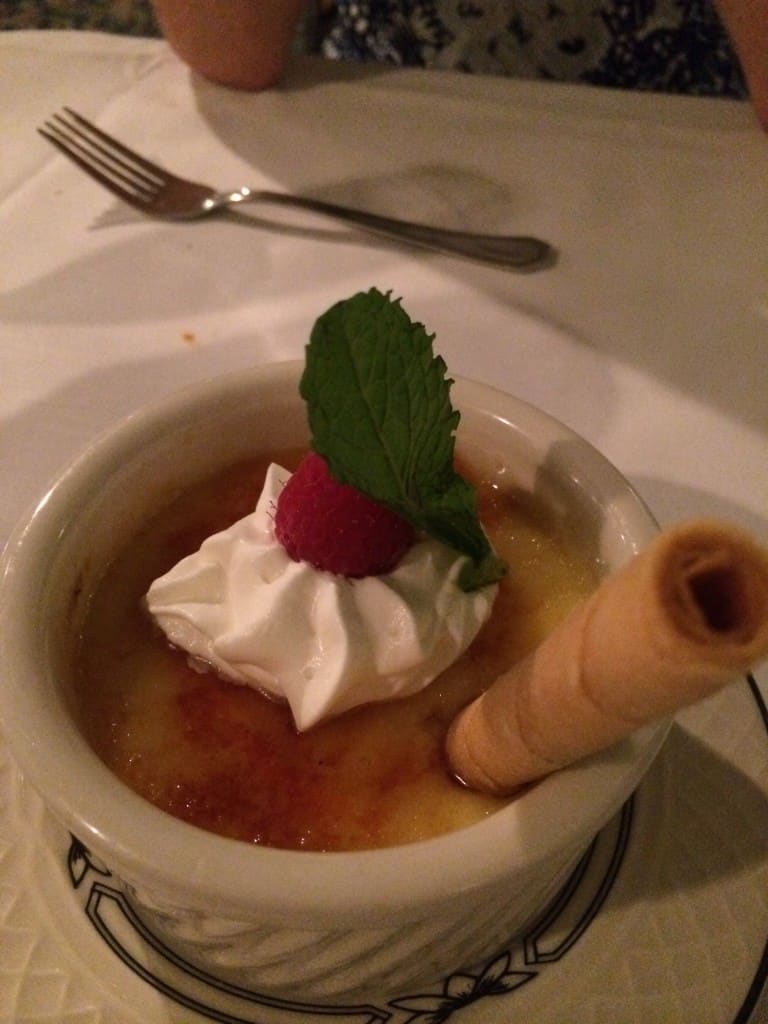 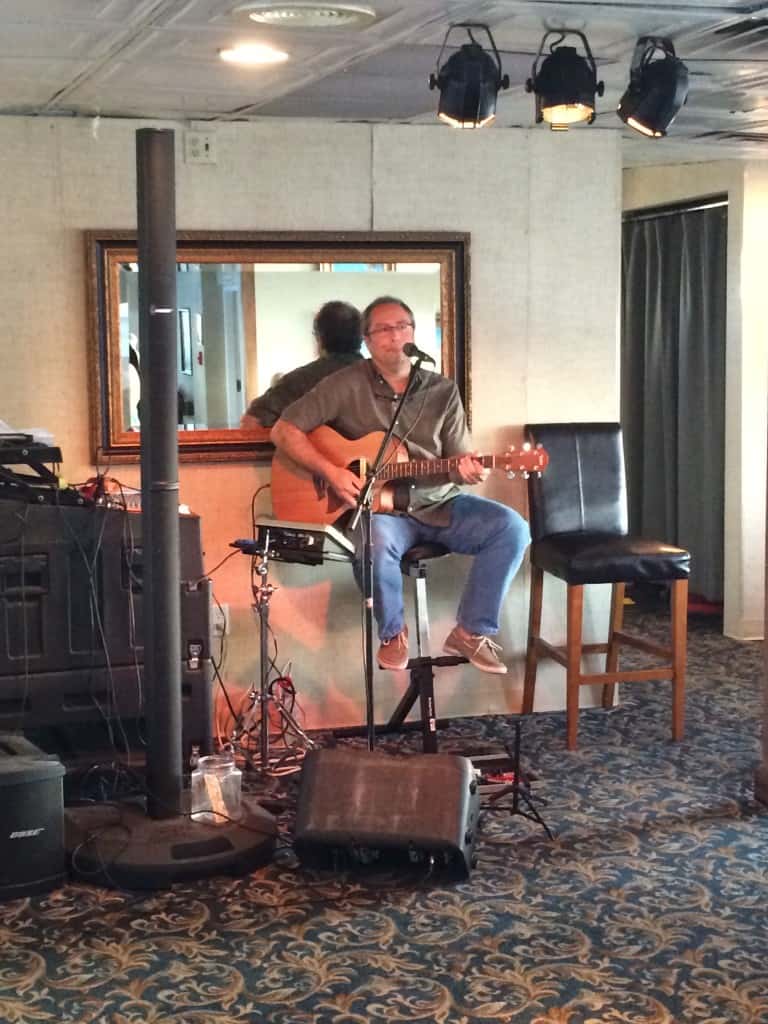 The path of the boat took us from Patriot’s Point, under the Ravenel Bridge, turned back and went out to Fort Sumter, up the Ashley River to the marina and then followed the Battery back to Patriot’s Point. It was the perfect 3 hours. 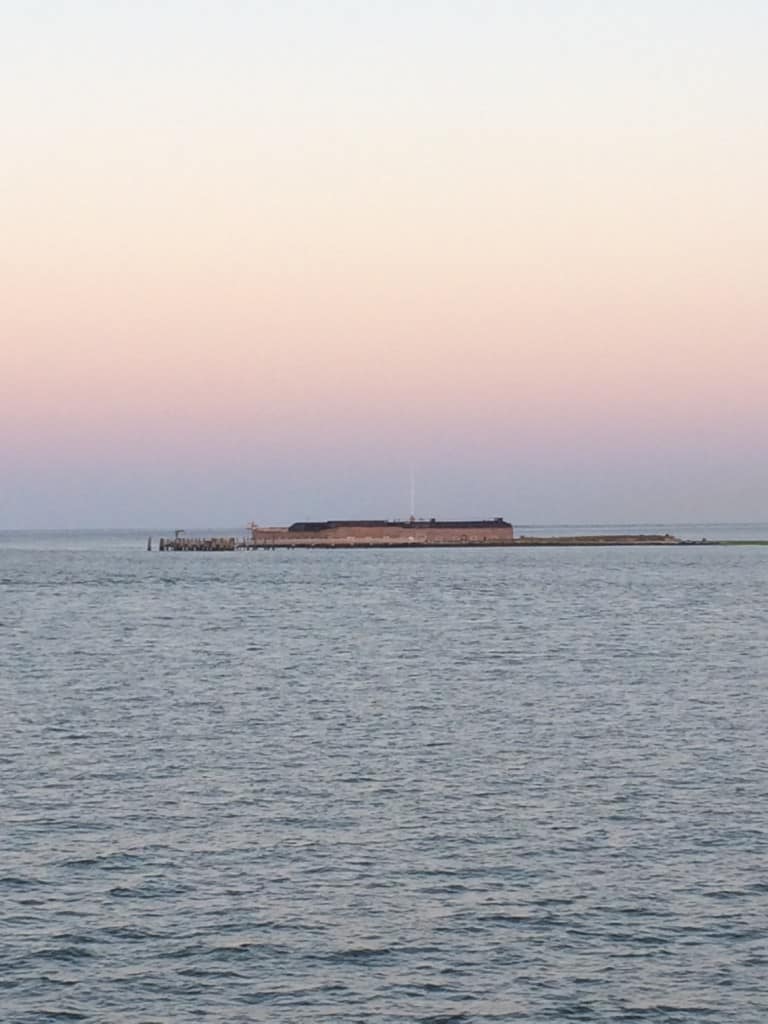 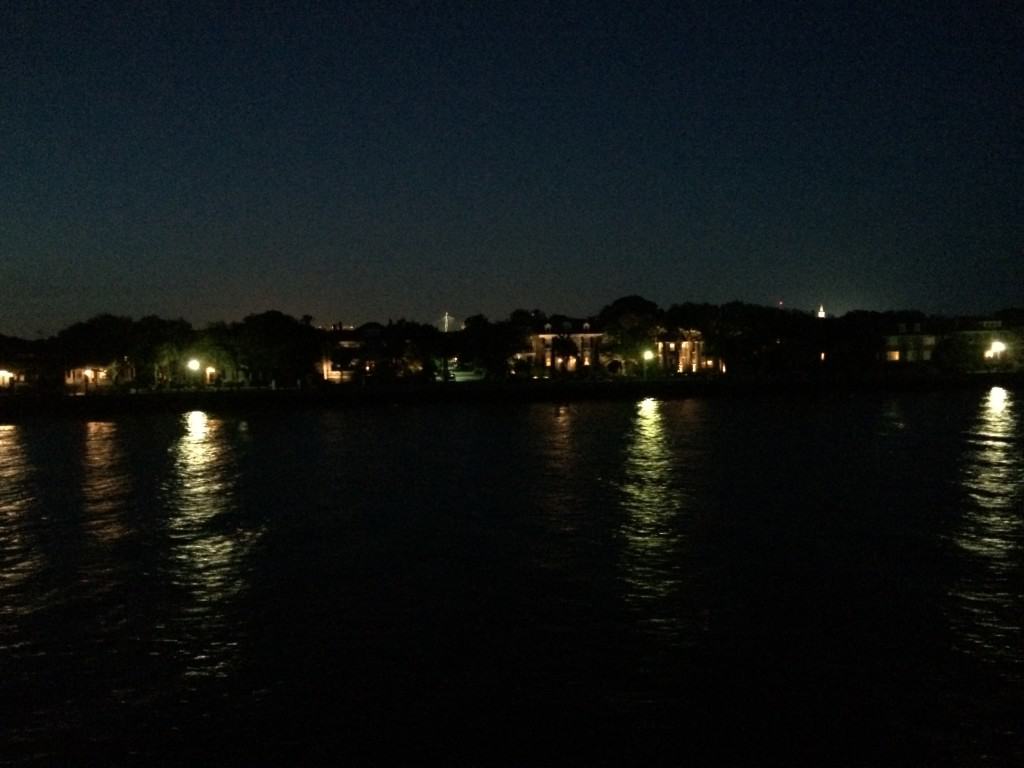 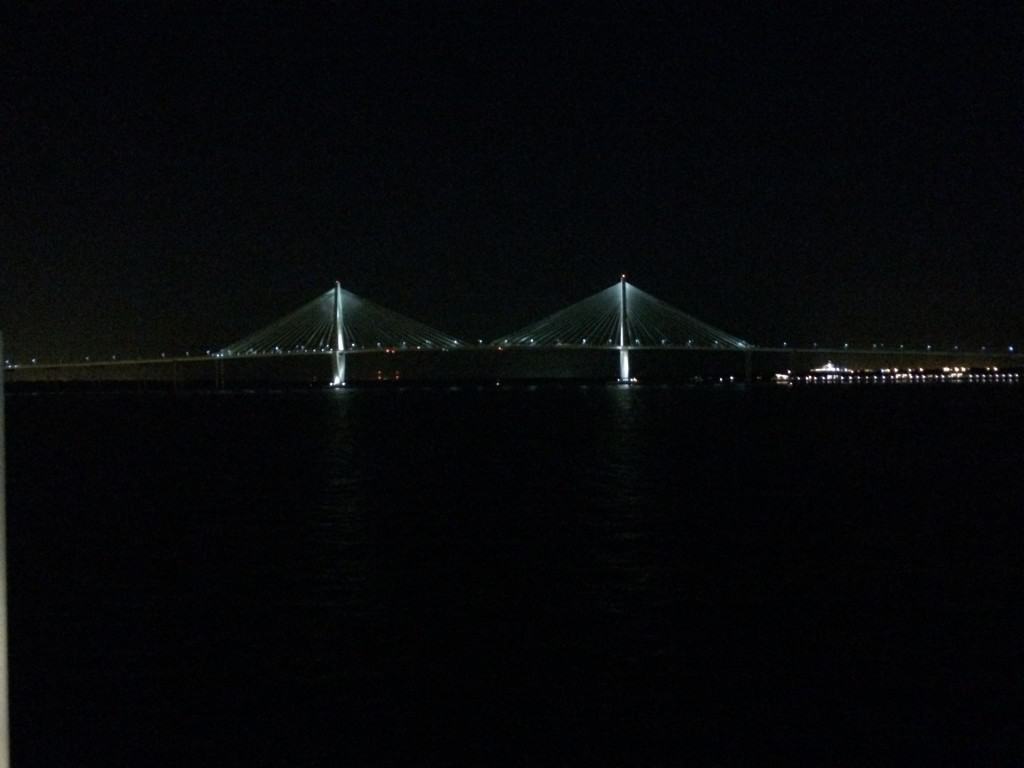 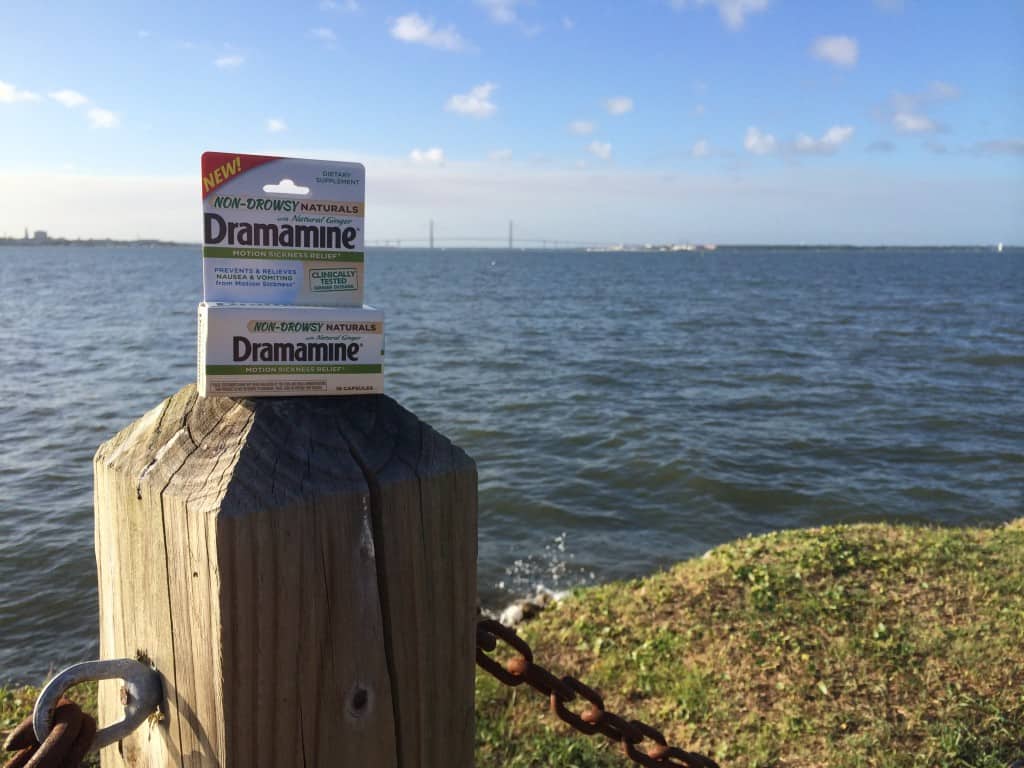 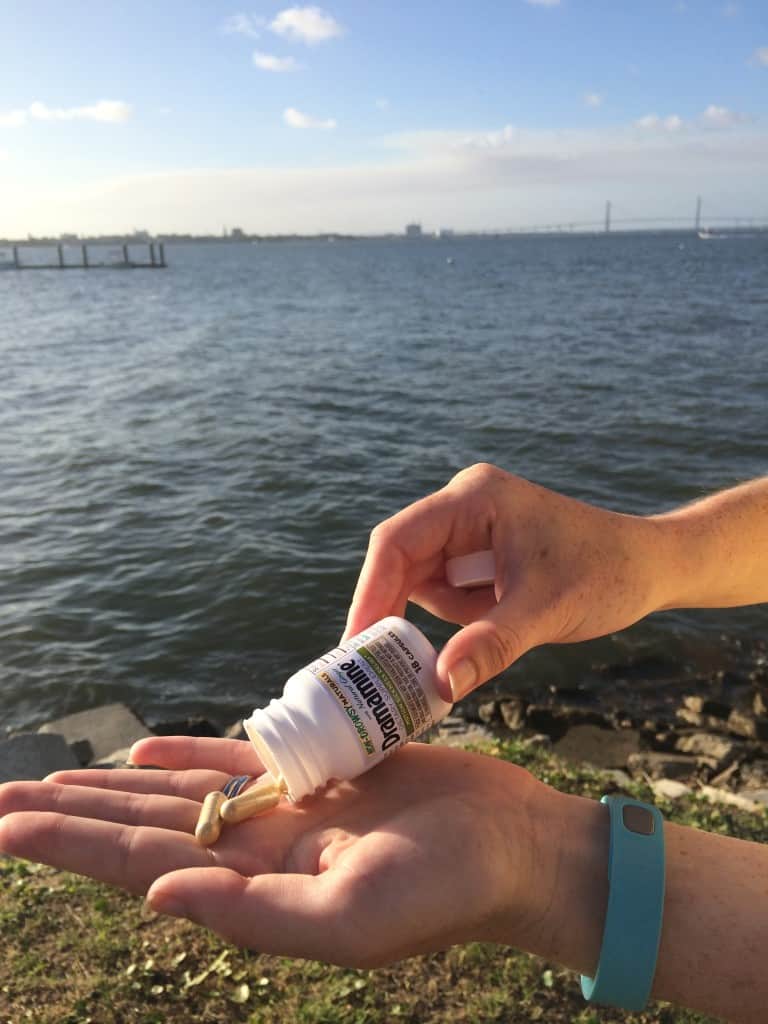 I am so glad that we did this dinner cruise and would recommend it for locals and visitors alike! And now we’ve knocked off yet another of our 101 in 1001 list!

I was selected for this opportunity as a member of Clever Girls and the content and opinions expressed here are all my own.

« How to Cut a Pineapple
Wall Mounting a Rolling Pin »